A federal judge Friday ordered the Justice Department to provide grand jury materials from the special counsel’s investigation to the House Judiciary Committee, in what will be hailed as a major legal win for congressional Democrats.

Judge Beryl Howell set Oct. 30 as the deadline for DOJ to provide grand jury information cited in the special counsel’s report, which was sent to Congress on April 18.

Howell also ordered the release of grand jury materials obtained by the special counsel but not specifically cited in the report, as well as other exhibits.

“The need for continued secrecy is minimal and thus easily outweighed by [House Judiciary Committee’s] compelling need for the material,” Howell said in the ruling.

“Tipping the scale even further toward disclosure is the public’s interest in a diligent and thorough investigation into, and in a final determination about, potentially impeachable conduct by the President described in the Mueller Report.” 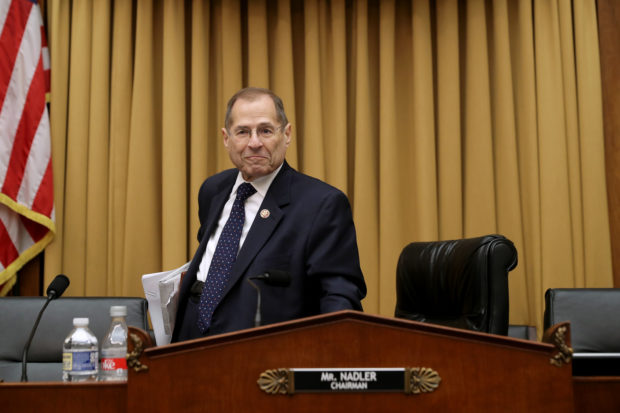 The special counsel’s report was separated into two volumes: one that dealt with an investigation into whether Trump associates conspired with Russia to influence the 2016 election, and the other that focused on whether Trump attempted to obstruct the investigation.

The first volume of the report contained 240 redactions for grand jury material, according to Howell. The second volume contained far fewer redactions, largely because the obstruction portion of the special counsel’s investigation did not rely on grand jury proceedings.

Robert Mueller, the special counsel, said prosecutors were unable to establish the Trump campaign conspired with Russia, or that any Trump associates acted as agents of Russia.

Mueller was less definitive on the issue of obstruction. He said prosecutors could neither recommend charges against Trump on obstruction, but could also not exonerate the president.

House Democrats initially sought the materials in hopes of using the information to mount an impeachment campaign against Trump.