Democratic Sen. Chuck Schumer is preparing to spend hundreds of billions of taxpayer dollars on a plan that would fast-track the elimination of nearly every gas-powered vehicle in the country.

The Senate’s top Democrat wants to spend a massive amount of money enticing Americans to exchange their gas-guzzling vehicles for an electric car. Schumer’s proposal, which he announced in a New York Times editorial Thursday, shows Democrats are lurching leftward on the issue.

“That’s why I am announcing a new proposal designed to rapidly phase out gas-powered vehicles and replace them with zero-emission, or ‘clean,’ vehicles like electric cars,” Schumer wrote after suggesting scientists agree that climate change represents an imminent threat to the U.S.

He added: “The goal of the plan, which also aims to spur a transformation in American manufacturing, is that by 2040 all vehicles on the road should be clean.” The plan would remove more than 63 million gas-powered cars from the road by 2030, Schumer estimates. 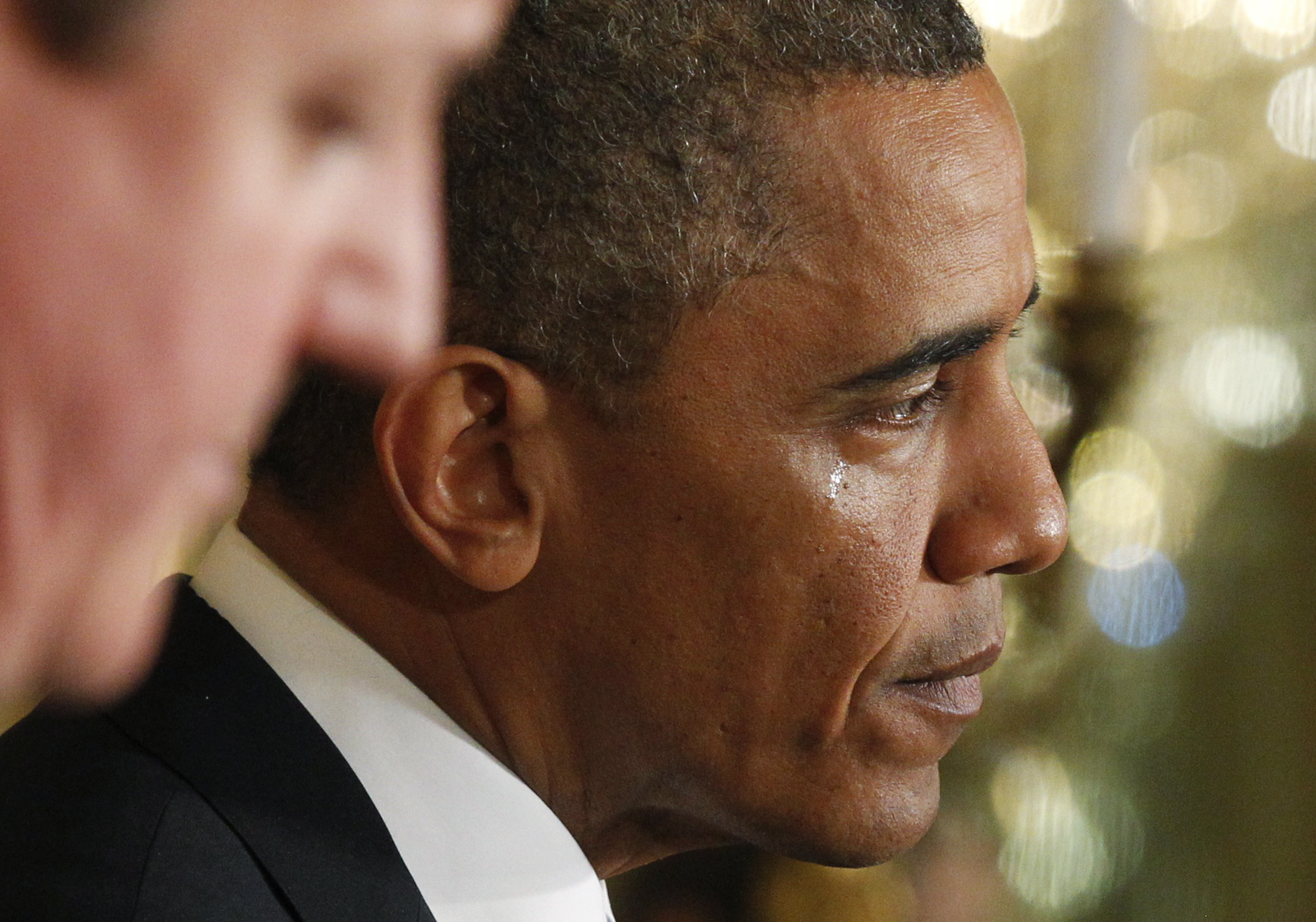 A tear runs down the face of U.S. President Barack Obama as he answers questions about the attack on the U.S. embassy in Benghazi, Libya while Britain’s Prime Minister David Cameron listens during a joint news conference in the East Room of the White House in Washington, May 13, 2013. (REUTERS/Jim Bourg)

Schumer’s office expects the proposal to cost roughly $392 billion over a decade. The Washington Post referred to the idea on Friday as “essentially ‘Cash for Clunkers’ on steroids,” referring to a policy from the Obama-era encouraging Americans to trade their old vehicles for fuel-efficient cars.

Cash for Clunkers was the mechanism allowing the federal government to offer incentives of between $2,500 and $4,500 to citizens who traded in their older vehicles for newer ones. The policy received a lot of media play, but critics called the idea a failure even if it was designed with the best of intentions.

The senator also announced the plan on Twitter Friday.

2. Make charging infrastructure accessible to all

And here’s how it works: pic.twitter.com/YhR02werTu

Under Schumer’s plan, car owners will get a rebate starting at $3,000 if they trade in their car for an electric vehicle, with the amount of rebate going up the longer the vehicle goes without recharging. The rebate could dramatically exceed the existing $7,500 tax credit for electric vehicles.

Citizens are not the only ones who’d get a windfall. States and cities would also receive $45 billion in funding to install charging stations. The plan, which does not have legislative text, would also provide $17 billion to grant programs to build new factories for electric vehicles.

House Democrats introduced a Green New Deal in February calling for a “10-year national mobilization” toward a series of goals aimed at fighting global warming. The deal’s proponents called for the eradication of fossil fuels before lawmakers stripped the idea out of the final product.

“The money would be wasted. Even if Americans stopped driving entirely today and forever, there would be no discernible impact on, much less improvement of the weather or climate,” Steve Milloy, a lobbyist on behalf of the energy industry, told the Daily Caller News Foundation.

Schumer’s office has not responded to the DCNF’s request for comment.