James Younger is a 7-year-old boy in Texas whose mother insists he is transgender, and whose father insists he is not. A judge on Thursday awarded joint conservatorship over medical decisions to both parents, meaning the father can put the transition on hold for now. But how often to transgender people — children especially — regret their transitions?

Regret among adults who choose to transition is low according to the data currently available, though the topic is novel enough that long-term studies have yet to be published. Among children, however, the question is different. Parents of children like James — whose gender dysphoria is still in question — face the decision of helping their prepubescent child transition, or pushing back, claiming the dysphoria is a natural and temporary part of growing up. (RELATED: Doctors Warn Bone Density Study Can Be Used To Obscure Harmful Effects Of Puberty Blockers)

Parents who push back are often correct.

In many cases, children suffering from bullying, anxiety, or depression will be exposed to transgender communities online and latch on. This occurred in cases documented by The Atlantic, as well as National Review. Others, including detransitioner Walt Heyer, source gender dysphoria later in life to sex abuse they suffered during childhood. (RELATED: Don. Jr Warns That Transgender Athletes Will ‘Destroy Women’s Sports)

“When I found this trans stuff online I felt it explained everything,” Helena, a young woman who formerly identified as transgender told NR. “Why I didn’t like my body, why I was bullied, why I didn’t fit in. Just every question and problem that I had I just felt it was automatically answered, explained by this trans thing. But not only was it explained it also offered me a solution.”

Helena took hormone treatment for 17 months with parental approval only to later realize her dysphoria came not from herself but from “the activism, the ideology, the community,” that often acompanies transgenderism. Her story mirrors that of Jesse and Chiara, who also spoke to NR. (RELATED: Biological Male Sets World Record For Women’s Cycling)

While the number of young people seeking gender transition is at an all-time high, there is no good data on how many come to regret their decision. But according to activists in both the U.S. and the UK, regret is on the rise as well. 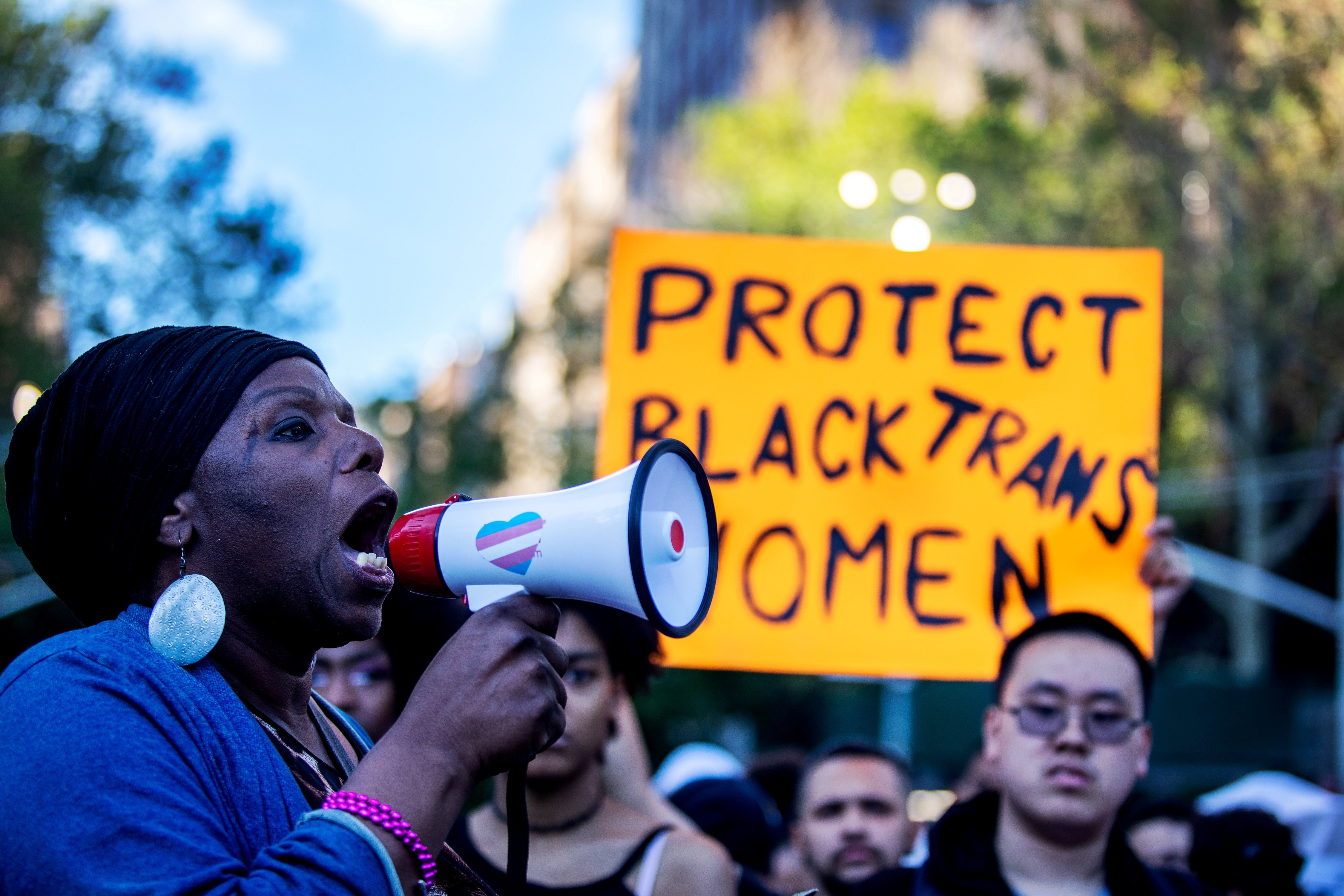 Walt Heyer is a former trans woman who credits his past dysphoria to a sexually abusive uncle and a grandmother who forced him to cross dress as a child. He detransitioned at the age of 55 and has now been married for 21 years. Today, he and his wife help others who regret their transitions.

“You will hear the media say, ‘Regret is rare,'” Heyer wrote in USA Today. “But they are not reading my inbox, which is full of messages from transgender individuals who want the life and body back that was taken from them by cross-sex hormones, surgery and living under a new identity.”

Similarly, 28-year-old Charlie Evans lived as a man for nearly a decade in the UK before deciding to detransition and start The Detransition Advocacy Network, which helps people go through the same process she did. She said hundreds of people have contacted her. (RELATED: Students Going Back To School Face New Transgender Policies)

“I’m in communication with 19 and 20-year-olds who have had full gender reassignment surgery who wish they hadn’t, and their dysphoria hasn’t been relieved, they don’t feel better for it,” she told Sky News. “They don’t know what their options are now.”

Online resources to parents researching the issue can also bias the solutions in favor of encouraging the child to transition. The top Google results when searching for these resources come from the Human Rights Campaign, which holds an incredibly low standard for establishing transgenderism in children.

“If your 4-year-old son wants to wear a dress or says he wants to be a girl once or twice, he probably is not transgender,” the HRC writes. “But if your child who was assigned male at birth repeatedly insists over the course of several months that she is a girl, then she is probably transgender.”

All of the people above — Helena, Chiara, Jesse, Heyer, and Evans — experienced gender dysphoria for several months or even longer, yet later came to regret actions they took toward transitioning. Parents who follow the HRC’s guidance for their children could be setting them on the path toward that same regret.

On Thursday, a judge granted joint conservatorship over James Younger to both of his parents, meaning the two have to decide together what course of treatment their child is to have. According to pediatric records, the mother met with a clinic that does gender transitions, and would have been taking hormone treatment within the next two years.