A Catholic priest commented on an article that questioned whether biblical understandings of homosexuality are correct, revealing what one theologian called the “insidious” danger of Christians “subtly undermining Christian belief from within.”

The Daily Caller News Foundation spoke with Catholic commentators who said Jesuit priest Fr. James Martin used ambiguity to carefully question whether Catholic teaching on homosexual actions is correct. The Catholic Church teaches that though every person should be treated with “respect, compassion, and sensitivity,” homosexual acts “are intrinsically disordered” and considered to be sins.

Martin recently made a trip to the Vatican for a private audience with Pope Francis following backlash for previous comments on homosexuality and Catholicism. Pope Francis welcomed Martin and made no public statement regarding the recent backlash, prompting questions as to whether the pope approves of Martin’s teachings.

“Interesting,” Martin tweeted, quoting protestant theologian Walter Wink, who died in 2012, in a post published by Fr. Richard Rohr. “‘Where the Bible mentions [same-sex sexual] behavior at all, it clearly condemns it. I freely grant that. The issue is precisely whether the biblical judgment is correct. The Bible sanctioned slavery as well and nowhere attacked it as unjust. Are we prepared to argue today that slavery is biblically justified?'”

Interesting: “Where the Bible mentions [same-sex sexual] behavior at all, it clearly condemns it. I freely grant that. The issue is precisely whether the biblical judgment is correct. The Bible sanctioned slavery as well and nowhere attacked it as unjust.. https://t.co/52jL6NDgRu

The comment unveiled one of the “most insidious problems facing all Christians today,” said associate theology professor at The Catholic University of America, Dr. Chad Pecknold: the threat of Christians “subtly undermining Christian belief from within.”

Pecknold told the DCNF that by simply highlighting a scholar’s question, Martin casted doubt on whether biblical judgment on homosexuality is correct. Through this strategy, Pecknold added, Martin can imply the Catholic Church can reverse its teaching at the appropriate time.

“He is absolutely wrong about this, but he is hardly alone,” Pecknold said.

Catholic politicians and external forces push the Catholic Church to change teaching on sexual morality, he continued, and as they do so, there will be “weak laymen and priests” who will characterize giving in to these politicians as “interesting.”

One moment Beto tells the Catholic Church to acquiesce on sexual morality or suffer the consequences, and the next moment there’s a weak priest finding such acquiescence very “interesting.”

Pray for those who lack fortitude, who do not stand fast in the truth.

“Yet ‘interesting’ will simply mean that they are tempted to retain the forms but yield the substance of faith to become the useful idiots of progressive religion,” Pecknold said.

Pecknold’s thoughts were echoed by author and Catholic commentator Phil Lawler, who said Martin attempted to raise questions while protecting himself through ambiguity, emboldened by his friendship with Pope Francis. (RELATED: Pope Francis Welcomes Priest To Vatican To Discuss LGBTQ Issues)

“Paradoxically, when he’s challenged he relies on Church authority, pointing out that various powerful prelates support him,” Lawler added.

The tweets show Martin does not consider either the Bible or the Catholic Church’s apostolic teaching as authoritative, author and senior editor of conservative publication The Stream John Zmirak told the DCNF.

“So what standard do we use, if the Scriptures and the Church are not supreme?” Zmirak asked. “Our own little patched together, back of the napkin calculations, informed by wishful thinking, political correctness, Facebook, Google, and five justices on the Supreme Court? Talk about cringing and kneeling to worship Caesar.” 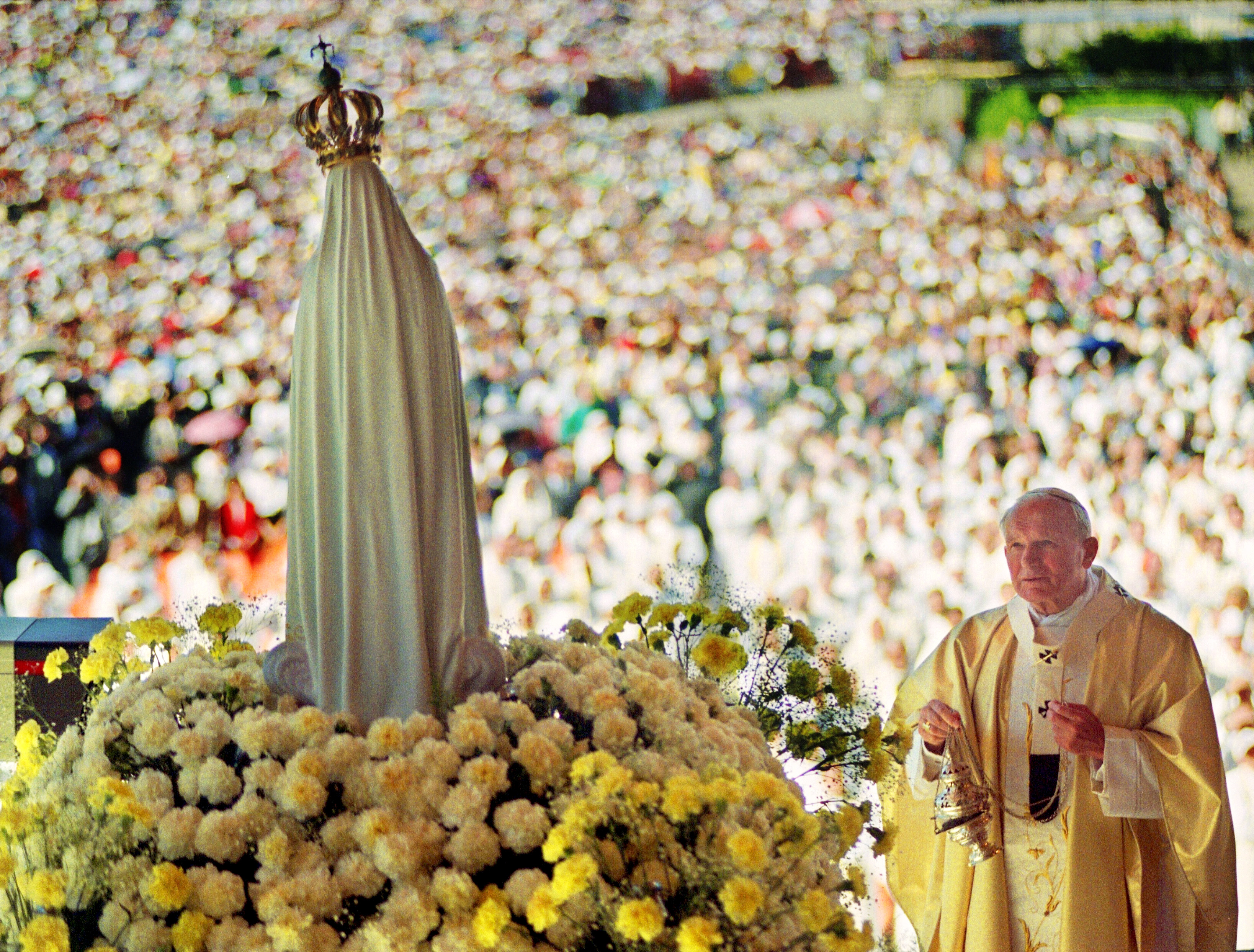 FATIMA, PORTUGAL: Pope John Paul II celebrates a mass 12 May 1991 in the Chapel of the Apparition in front of the statue of Virgin of Fatima in Fatima where about a million believers attended the Procession of Candles.  (Photo credit DERRICK CEYRAC/AFP via Getty Images)

Zmirak added that Martin’s “utterly contemptible” words cater to a world where former Democratic Texas Rep. Beto O’Rourke is president, who has said he would remove the tax-exempt status from religious institutions that do not support gay marriage. (RELATED: Religious Institutions Support Refugees, But Beto Wants To Take Away Their Tax-Exempt Status)

Martin’s tweet on biblical judgement of homosexuality is nothing more than his opinion, Catholic priest and author Fr. Dwight Longenecker told the DCNF, adding that this opinion contradicts “the whole of Scripture,” Catholic doctrine, and the past 2,000 years of Christian teaching.

He pointed out that these words reflect “a long-standing mind trick of those who wish to change some aspect of the Christian faith to use the example of slavery.”

Longenecker added that biblical scripture neither condemns slavery nor condones it, and that St. Paul sets out the principles for slavery to be abolished in the New Testament, but homosexual actions are universally prohibited throughout scripture and in Catholic teaching.

“It is surprising that a man as well-educated as Fr. Martin must be (since he is a Jesuit) would be ignorant of the New Testament teaching that ‘No Scripture is of any private interpretation,'” Longenecker added. “We must conclude therefore that Fr. Martin is either not so well-educated in the faith as we might hope or he is well-educated but he is being duplicitous.”

Martin told the DCNF that “there’s not a whole lot to say,” in response to a request for comment.

“I tweeted a link to an article by the late Bible scholar Walter Wink, which some people apparently thought was written by me,” Martin said. “Which it was not. Later, a few far-right Catholics accused me of not taking the Bible literally.”

When pressed, Martin said his reference to “far-right Catholics” referred to “ultra-traditionalist” Catholics.

“All this reminded me that, sadly, some Catholics don’t bother reading what they think they’re condemning,” he continued.

Some Catholics don’t understand or accept “the Catholic tradition of biblical criticism,” Martin said. “But nothing online surprises me these days.”

He also spoke out Thursday following backlash over his tweets, defending his words by saying he merely linked to an article by a Protestant source.

“Yesterday I was called a ‘heretic’ for supposedly going against church teaching,” Martin tweeted Thursday. “In fact, I linked to article by the Protestant Scripture scholar and theologian Walter Wink.”

The DCNF also reached out to the Vatican, which has not responded to a request for comment.