Earlier this month, reports circulated that Gowdy had agreed to assist the White House in fighting the impeachment inquiry led by Democrats in the House. Fox News later terminated their on-air contributor contract with the former representative. (RELATED: Fox News ‘Terminates’ Trey Gowdy) 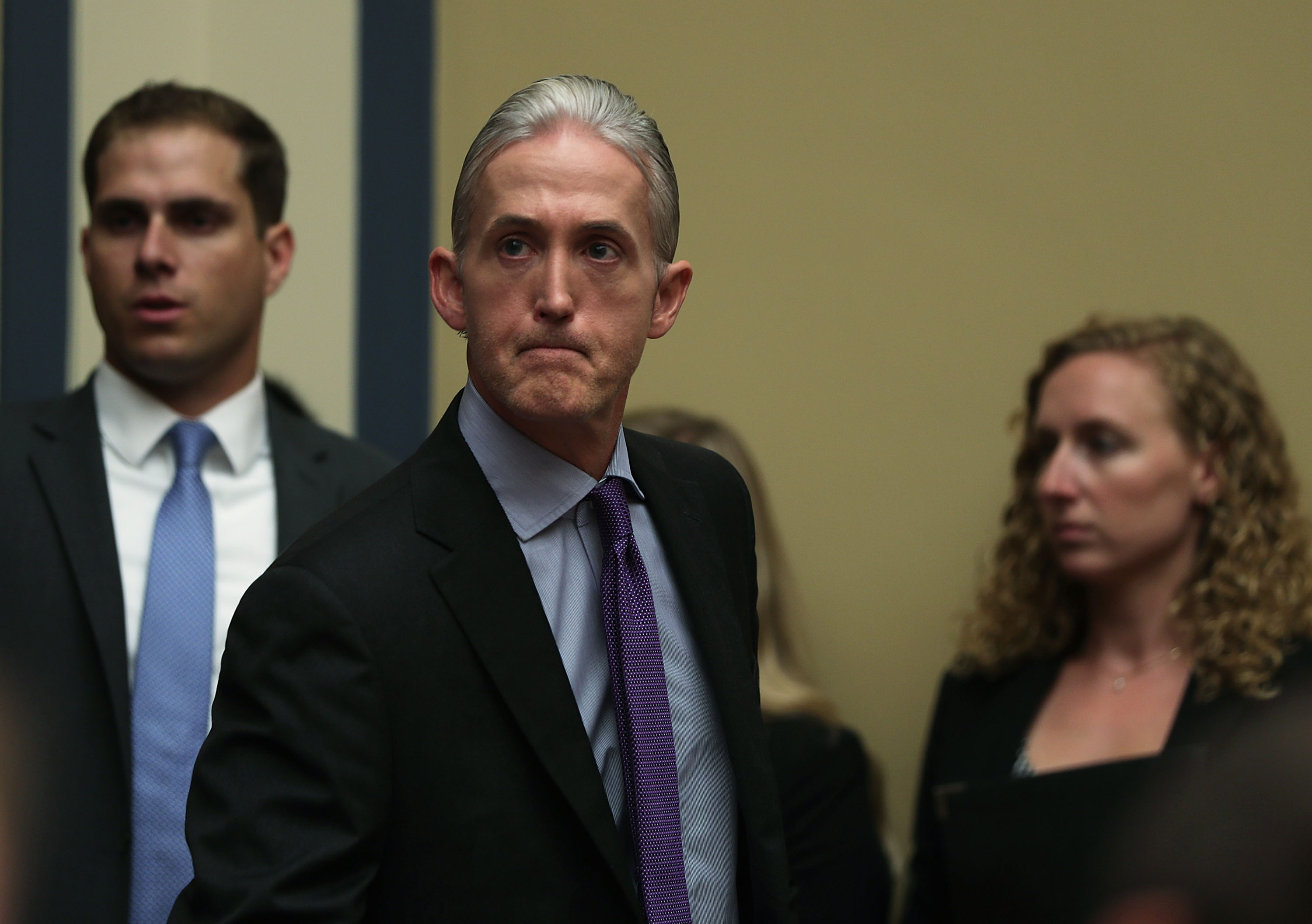 WASHINGTON, DC – JULY 07: U.S. Rep. Trey Gowdy (R-SC) arrives at a hearing before House Oversight and Government Reform Committee July 7, 2016 on Capitol Hill in Washington, DC. The committee held a hearing “Oversight of the State Department,” focusing on the FBI’s recommendation not to prosecute Democratic presidential candidate Hillary Clinton for maintaining a private email server during her time as Secretary of State. (Photo by Alex Wong/Getty Images)

“I have no idea,” he said in a Sunday CBS appearance. “I don’t represent the president as of today. I don’t know what if anything will exist in January. It may be over.” (RELATED: REPORT: Trey Gowdy Signs On To Help Trump Fight Impeachment Battle)

Gowdy rose to fame during his tenure as chairman of the House Oversight Committee where he led investigations into former Secretary of State Hillary Clinton and the 2012 Benghazi terrorist attack.

Before the 2018 midterm elections, Gowdy resigned from his South Carolina seat where he had served for eight years.