The dispute over the California Values Act, or SB 54, is ideologically scrambled, featuring a conservative administration arguing for strong federal power against California liberals making a states-rights defense.

“The federal government has plenary and exclusive power over immigration, naturalization and deportation,” the government’s petition to the high court reads. “The supremacy of the national power in this area is made clear by the Constitution, was pointed out by the authors of The Federalist in 1787, and has been given continuous recognition by this Court.”

The 9th U.S. Circuit Court of Appeals upheld the law in April.

Three provisions of SB 54 are at stake in the case. The law bars state officials from: sharing information about a person’s release from custody with immigration agents; sharing personal information like physical descriptions or employment history; and transferring individuals to immigration authorities without a court warrant. The law does not apply to certain violent criminals.

“The practical consequences of California’s obstruction are not theoretical; as a result of SB 54, criminal aliens have evaded the detention and removal that Congress prescribed, and have instead returned to the civilian population, where they are disproportionately likely to commit additional crimes,” the government’s petition reads.

The Trump administration is relying on a liberal Supreme Court decision to make its case, in keeping with the ideological role-reversals that permeate the dispute. In Arizona v. U.S., a left-leaning five-justice majority invalidated much of an Arizona law that involved state officials with immigration enforcement. Arizona said its law merely supplemented federal immigration rules. The high court struck much of it down anyway, saying federal immigration rules take precedence over — or “preempt” — state ones. (RELATED: Big Companies Push Liberal Social Agenda At The Supreme Court) 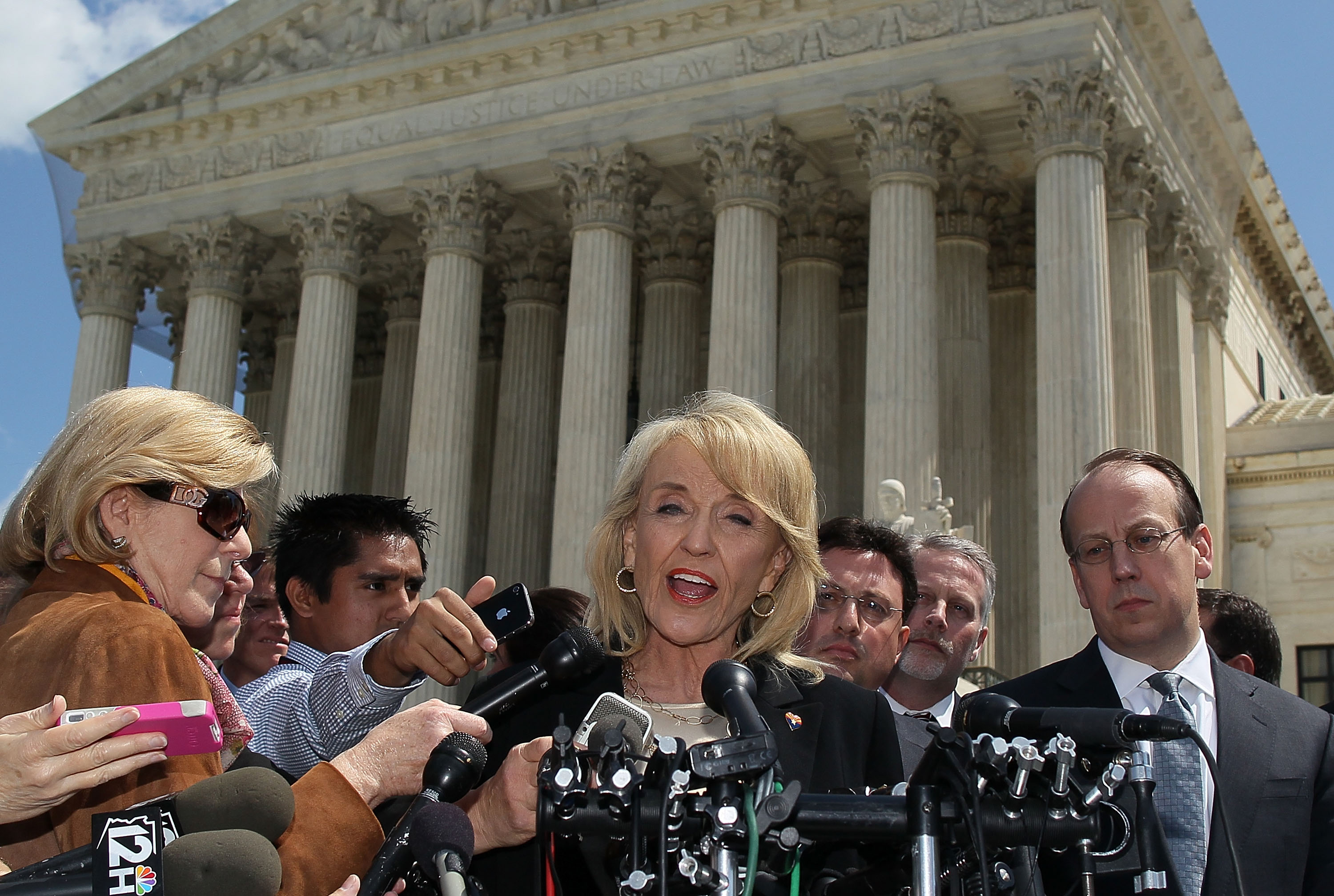 If the states can’t augment immigration enforcement, it follows that they can’t interfere with it either, the administration said.

“The conflict is all the more evident here because SB 54 does not purport to pursue the same aim as federal law, but instead is concededly aimed at obstructing federal immigration enforcement,” the government’s petition reads.

“It cannot be that conflict preemption bars a state from adopting its own policies … to enhance federal immigration enforcement, yet permits a state … to obstruct federal enforcement,” the filing adds.

“SB 54 may well frustrate the federal government’s immigration enforcement efforts,” Judge Milan Smith wrote for the unanimous panel. “However, whatever the wisdom of the underlying policy adopted by California, that frustration is permissible, because California has the right, pursuant to the anti-commandeering rule, to refrain from assisting with federal efforts.”

The justices could hear the California case this term. California may respond to the government’s petition by Nov. 22. An administration rebuttal would likely follow in early December. That leaves enough time for the court to take the case before it finalizes its docket in January.

The current Supreme Court term is heavy on politically salient cases generally and immigration cases specifically. In the upcoming November sitting, the justices will decide if President Donald Trump’s bid to end the Deferred Action for Childhood Arrivals (DACA) program is lawful, and whether a Mexican family may sue a U.S. Border Patrol agent in federal court for the shooting death of 15-year-old Sergio Hernandez. A third case involves immigrant-removal rules.

The president lambasted so-called sanctuary cities when he addressed a conference of police chiefs in Chicago on Monday. Though he did not mention the California case directly, he said the most “dangerous, shameful attacks on the rule of law” come from sanctuary jurisdictions.