The Chicago teacher’s strike entered its second week Monday, marking the eighth day that 300,000 Chicago students have gone without classes.

One of the unions participating in the strike, SEIU Local 73 which represents 7,500 school support staff currently on strike, reached a tentative agreement with Chicago Public Schools announced on Sunday night, according to the Chicago Sun-Times. However, the Chicago Teacher’s Union (CTU) will continue to strike until the union’s bargaining team finishes reviewing the deal’s final terms, the publication reports.

”This is a victory for working people in Chicago and shows what is possible when we unite and take action,” said President Dian Palmer of the SEIU Local 73, speaking at Malcolm X College on Sunday night, according to Chicago Sun-Times. (RELATED: Former California School Teacher Says Teachers Unions Are At The Root Of Progressive Sex Education)

“The lowest-paid workers, who are the backbone of our schools, are going to see raises that mean their families won’t have to struggle living in an expensive city where costs keep going up.”

Palmer also said that SEIU will join CTU to support them as they continue to strike on Monday morning — marking the first time in history that both SEIU and CTU went on strike simultaneously, according to the Chicago Sun-Times.

Schools chief Janice Jackson discussed the tentative deal Sunday night at a news conference at City Hall, saying she was “incredibly thrilled” at the deal reached with SEIU. Jackson also acknowledged that not much will change until the city reaches a deal with CTU as well. 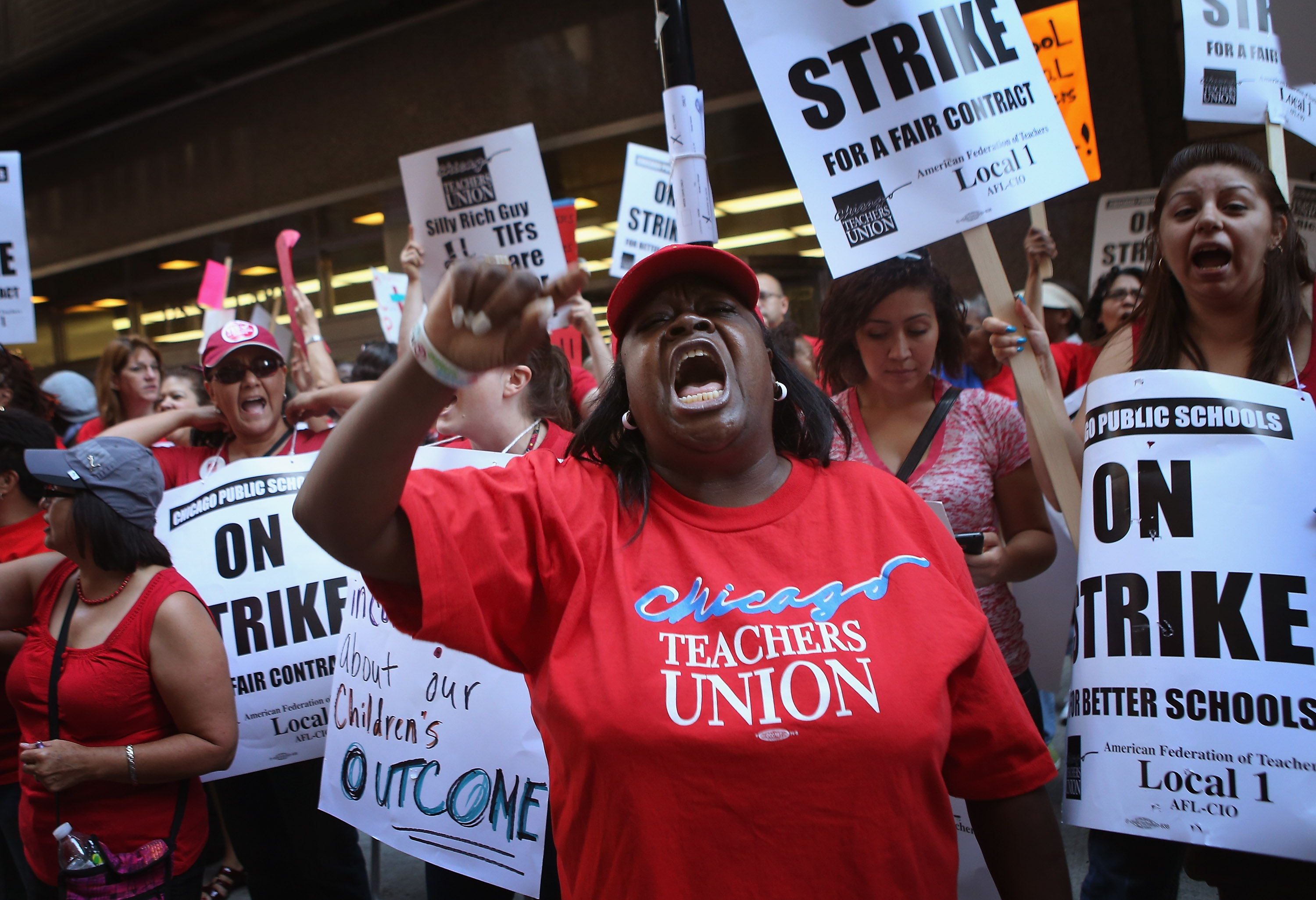 “The custodians, bus aides, special education classroom assistants and security officers who make up SEIU are absolutely essential to our schools,” Jackson said. “These are the tough jobs that ensure that our schools run effectively, and I’m so glad that we’ll be able to provide them with the strong and fair deal that results in a very generous raise and real improvements to their working conditions.”

The terms of the SEIU deal have not yet been released, but the Chicago Sun-Times reports that Chicago Public Schools offered SEIU the same offer made to CTU: a 16 percent pay increase dispersed over five years and additional personal days, stipends, and paths to become full-time employees for bus aides. (RELATED: Here’s Where America’s Largest Teachers’ Union Stands On Abortion) 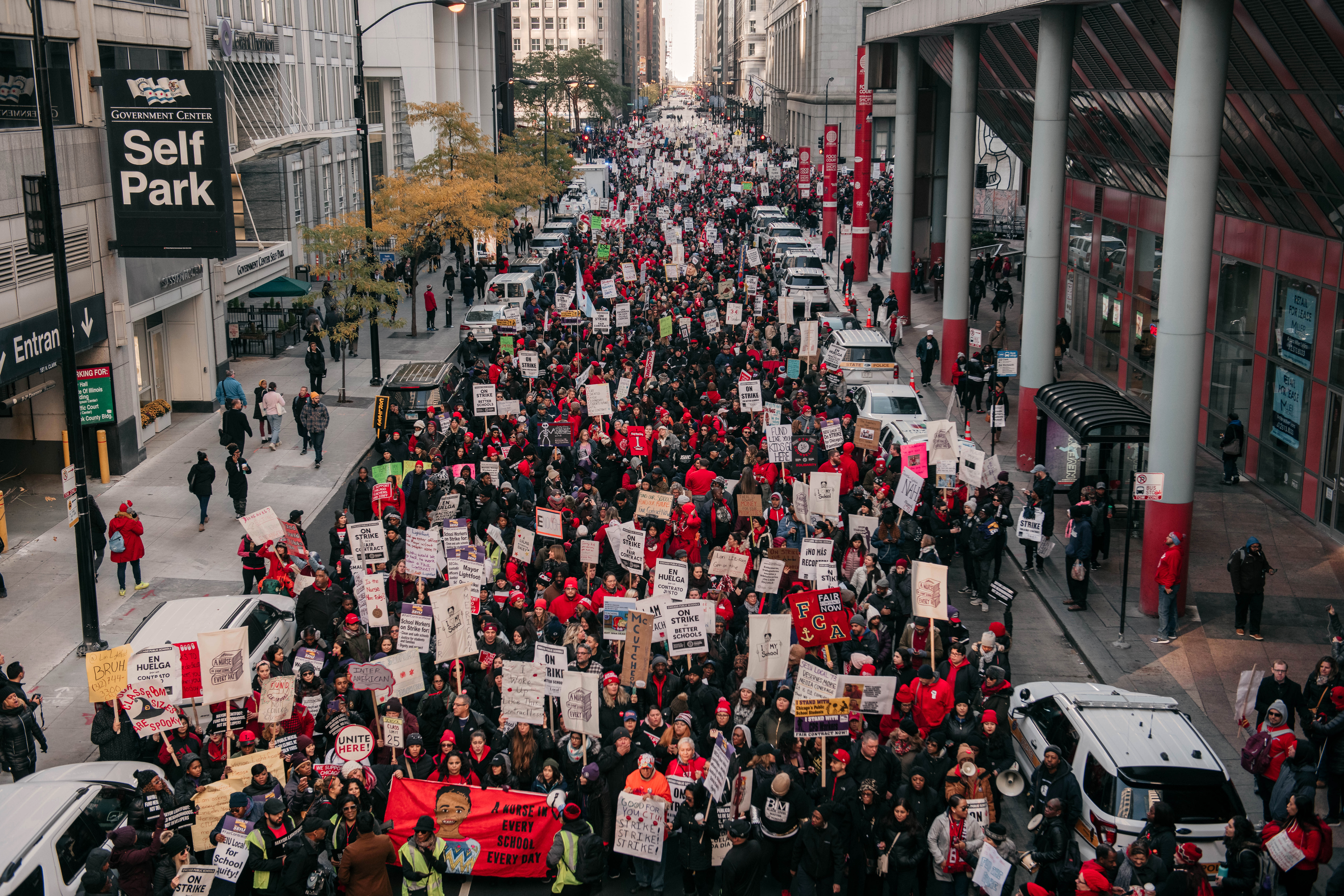 CHICAGO, IL – OCTOBER 23: Thousands of demonstrators take to the streets, stopping traffic and circling City Hall in a show support for the ongoing teachers strike on October 23, 2019 in Chicago, Illinois. (Photo by Scott Heins/Getty Images)

Chicago Mayor Lori Lightfoot canceled all public school classes Oct. 17 in anticipation of that the mass teachers’ strike would begin.