Dick Morris, a former adviser to President Bill Clinton, predicted Sunday that Hillary Clinton will seek any opening she can find to run for the presidency again in 2020.

Morris told New York businessman and broadcaster John Catsimatdis on his Sunday radio show that he’s so sure she’ll find a way because the former first lady believes “God put her on the Earth” to be president. 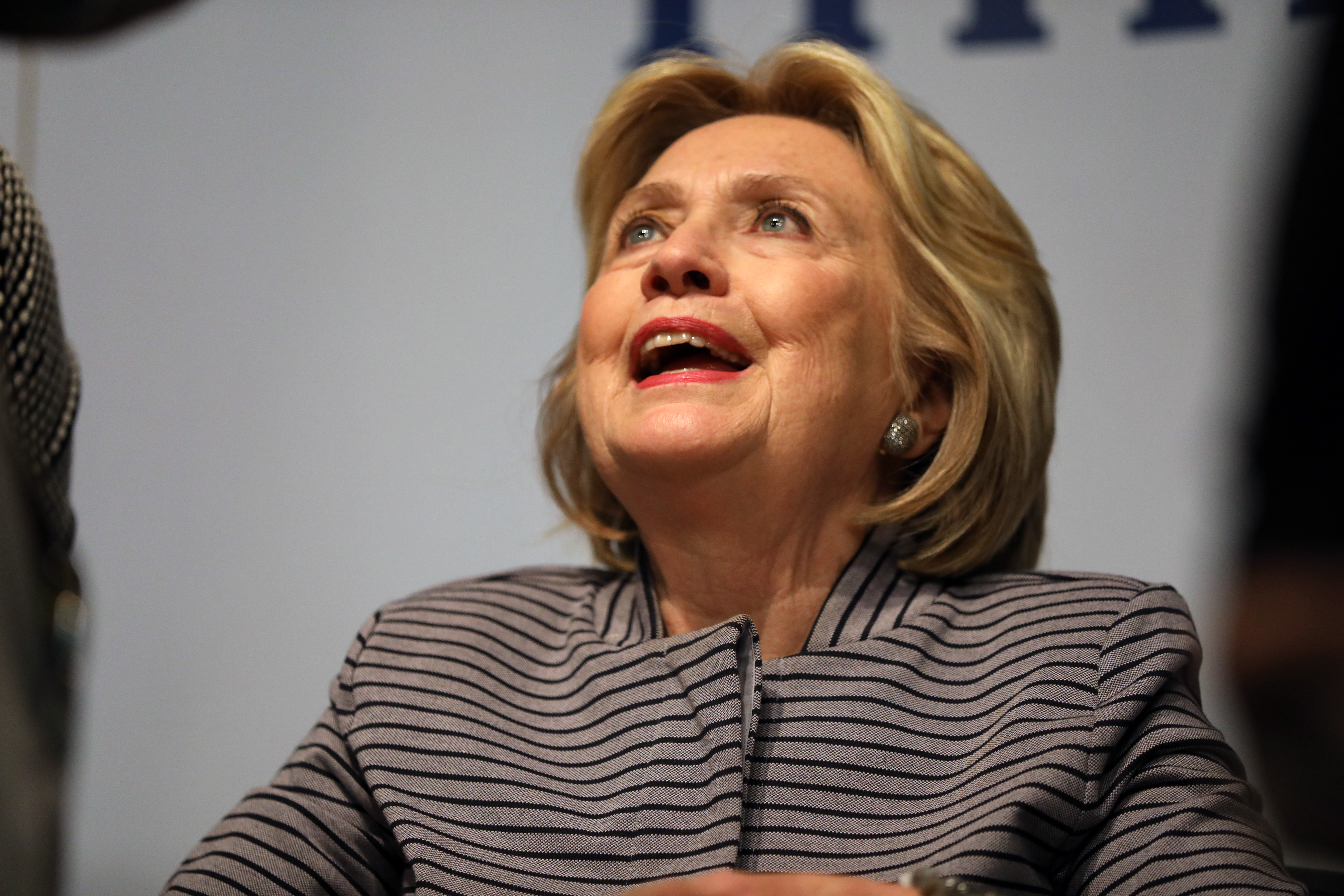 “My feeling is that she wants to,” Morris said. “She feels entitled to do it. She feels compelled to do it. She feels that God put her on the Earth to do it. But she’s hesitant because she realizes the timing is bad.” Morris, who has been a critic of the Clintons since leaving their service as a backroom strategist, believes Hillary is poised to enter the contest at the appropriate juncture and especially if former Vice President Joe Biden calls it quits. (Joe Biden Says ‘It Helps’ When Trump Accuses Him Of Misconduct On Ukraine)

“She’s got to wait until Biden drops out because he’s obviously next in line for it, and if he goes away, there’s an opening for her,” Morris said.

Hillary would be the ideal replacement for Biden, Morris suggested, for those looking for someone less radical and more establishment than the progressive Democratic Massachusetts Sen. Elizabeth Warren. Clinton has reportedly developed a closer relationship with the senator since Warren announced she would be entering the Democratic presidential nomination, with some thinking she was advising Warren on how to win.

“The question is are there enough moderates to beat Elizabeth Warren the leftist?” Catsimatdis asked.

“Make no mistake,” Morris insisted, ”She wants it … She’s planning on it. She’ll do everything she can to achieve it.”

Morris’ certainty is not based entirely on his own gut feelings. Hillary Clinton has done her best in recent weeks not only to increase her media presence but also to reiterate her belief that she really won the last presidential election because she had a larger share of the popular vote.

She has also sought been increasingly aggressive in interviews and on social media, suggesting that Democratic Hawaii Rep. Tulsi Gabbard is actually a pawn of the Russians who is secretly being “groomed” to run as a third-party candidate and thereby steal votes away from the Democratic nominee, ensuring President Donald Trump’s re-election. (RELATED: ‘I Stand Against Everything She Represents”: Tulsi Gabbard Deconstructs Hillary Clinton In ‘Tucker Carlson Tonight’ Interview)

The candidate responded by calling Clinton “the queen of the warmongers, embodiment of corruption, and personification of the rot that has sickened the Democratic Party … ”