California officials are working to beat back a massive wildfire that is charring the state and sending citizens sprawling for cover.

The so-called Kincade Fire scorched over 54,000 acres as of Sunday evening. Nearly 94 buildings and other structures were burned and 80,000 more have been threatened, according to The New York Times.

More than 180,000 people were ordered to evacuate their homes. Much of the fire is impacting Northern California’s wine country and is making tracks southwest toward Sonoma County’s population hub of Santa Rosa. 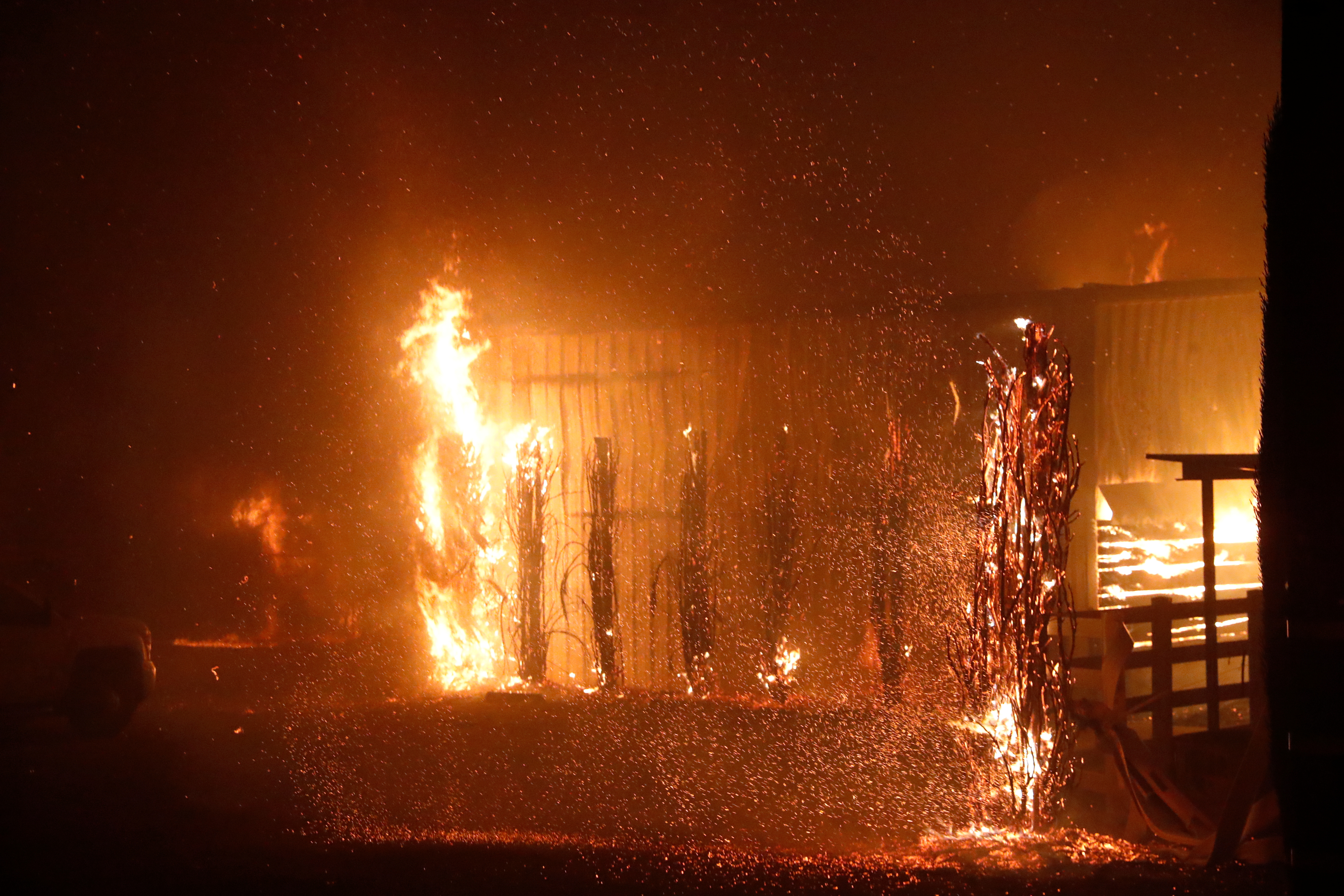 Meanwhile, citizens are also dealing with rolling blackouts. Pacific Gas & Electric engaged in preemptive shutdowns Saturday afternoon that affected 38 counties up and down California. Nearly 3 million people were forced to prepare for a weekend without electricity.

California Gov. Gavin Newsom, a San Francisco Democrat who is under pressure as gas prices increase, told citizens Saturday that things are going to be tough in the coming days.

“The next 72 hours will be challenging,” he said at a news conference. “I could sugarcoat it, but I will not.” (RELATED: Gov Gavin Newsom Struggles To Stay In Control As California Goes Dark, Wildfires Spread, And Gas Prices Spike)

California is looking like The Nether in Minecraft. pic.twitter.com/z2tYJJ00FG

Embers fly around a burnt out truck during the wind-driven Kincade Fire in Healdsburg, California, U.S. October 27, 2019.