The Capital Gazette shooter pled guilty to the June 2018 killing of five Gazette staffers Monday, pleading that he was not criminally responsible for his actions.

39-year-old Jarrod Ramos pleaded guilty Monday to Anne Arundel Circuit Judge Laura Ripken for the deaths of Rob Hiaasen, Gerald Fischman, John McNamara, Wendi Winters, and Rebecca Smith, according to the Capital Gazette. Hiassen, Fischman, McNamara, and Winters died at the scene while Smith died in the hospital during surgery.

Ramos responded, “Yes, I am,” when Ripken asked him if he was guilty of the attack, in which Ramos barricaded the back door of the Capital Gazette building, deployed a smoke grenade in the hall, shot through the glass door into the Gazette’s office, and began shooting all staffers in his line of sight, according to statements read by Anne Arundel County State’s Attorney Anne Colt Leitess. 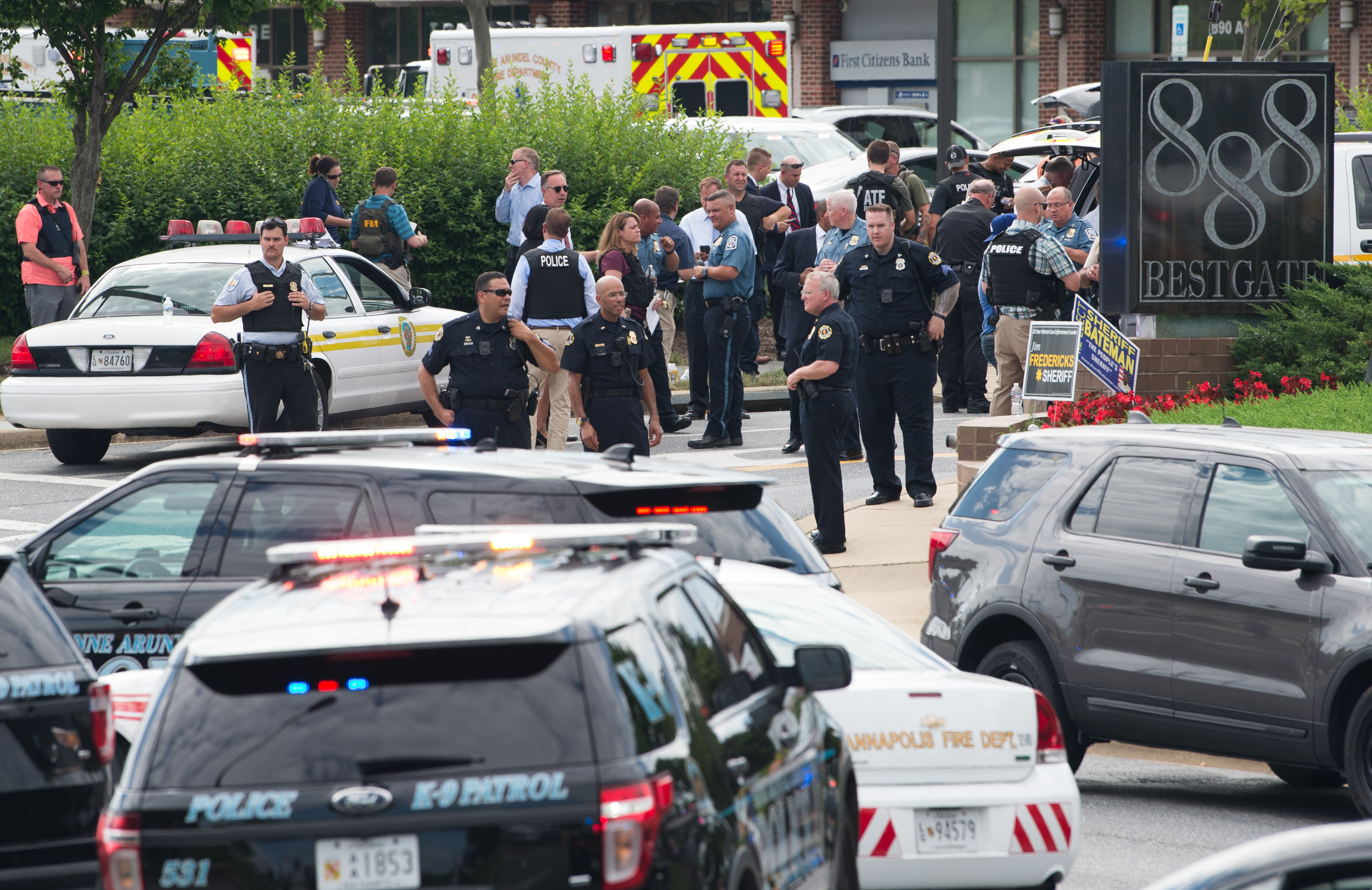 “It seemed like he was clearing the room of people, shooting them as he saw,” photographer Paul Gillespie said in a statement read by Leitess, according to the Gazette.

Leitess also said that Ramos had a piece of paper tucked into the grip of his shotgun with a quote from author Terry Nichols who coauthored a book on active shooters.

“There are very few problems in the world that cannot be solved by clear and concise communication; the remaining problems can be solved with the proper placement and application of high explosives,” the piece of paper read, according to the attorney.

The attorney described Ramos shooting through the newsroom door, saying “he stepped back, pointed the shotgun and discharged his first round through the glass door, shattering it to pieces.”

Smith was Ramos’ first victim, Leitess explained: as Smith attempted to climb over her desk shouting “no, no, no, no,” Ramos shot her in the back.

Winters attempted to fight Ramos by charging him with a trash can and a recycling can, the attorney said. (RELATED: Twitter Journalists Race to Blame Trump After Shooting — Without The Facts [VIDEO])

When Ramos finished shooting, he called 911 and told the police, “This is your shooter. The shooting is over. I surrender.”

Ramos proceeded to lie face down under a table under authorities arrived.

The Capital Gazette wrote a 2011 column on a lawsuit that a woman filed against Ramos, alleging that Ramos threatened and harassed her. Ramos reacted angrily to the column, writing letters to the publication and claiming defamation of character for the publication’s coverage of his actions.

Leitess also said that authorities discovered boxes of ammunition, dummy shells, and a CD in Ramos’ apartment that contained photos of staffers, articles with their names listed, and video surveillance of the back door of the Capital Gazette that Ramos would later barricade.