Since the 2016 election, the idea of an American deep state has gone from the fringes of the internet to mainstream political discussion.

Many critics of America’s intelligence communities, both on the left and the right, allege that there really is a permanent bureaucracy of government officials in intelligence and national security institutions that outlast presidents, and, in the case of President Trump, actively work to subvert and oppose the commander-in-chief.

The response from many defenders of this bureaucracy has been muddled until recently. At first, anyone who alleged the existence of the deep state was a conspiracy theorist who was disrespecting the Brave Men and Women™ of venerable democratic institutions like the FBI and CIA. (RELATED: Exclusive: Former CIA Agent Explains ‘Concerted Effort’ Within CIA ‘To Discredit And Attack The President’)

A piece published in the New York Times last week openly praised the deep state for its supposed moderating influence on Trump.

The deep state is alive and well, composed of patriotic public servants. Their aim is not to bring down President Trump out of personal or political animus but to rescue the Republic from his excesses, says @mcottle. https://t.co/nk6Gwr0tXU

“President Trump is right: The deep state is alive and well. But it is not the sinister, antidemocratic cabal of his fever dreams,” New York Times editorial board member Michelle Cottle wrote.

“It is, rather, a collection of patriotic public servants — career diplomats, scientists, intelligence officers and others — who, from within the bowels of this corrupt and corrupting administration, have somehow remembered that their duty is to protect the interests, not of a particular leader, but of the American people.”

The two most prominent examples of this are two freshmen Congressional Democrats, Rep. Elissa Slotkin and Rep. Abigail Spanberger.

Slotkin, who serves as congresswoman for Michigan’s 8th congressional district, is a former CIA agent who served under during the Bush and Obama administrations. 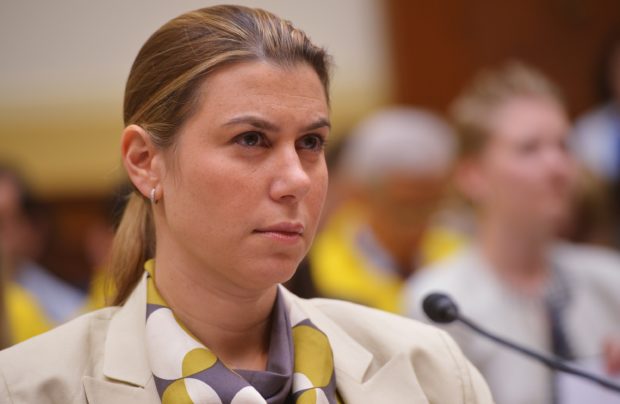 Since getting into office, Slotkin has been a staunch opponent of nearly all of the Trump agenda. According to FiveThirtyEight, she has only voted in line with Trump’s position 4 percent of the time.

Moreover, she supports the impeachment inquiry that reportedly resulted from a whistleblower inside of the CIA.

“The issue that got to me was this idea that the president, the most powerful man in the world, reached out to a foreign leader and asked him to dig up dirt on an American,” she said at an event earlier this month.

She further criticized Trump’s phone call with Ukrainian President Volodymyr Zelensky, saying, “If you’re the president of the United States and you have concerns that an American citizen is involved in something bad, you go to the FBI.”

“You go to American law enforcement. You don’t go to a foreign leader.”

Abigail Spanberger, the Democrat who represents Virginia’s 7th congressional district, is also a former CIA officer who is critical of Trump. 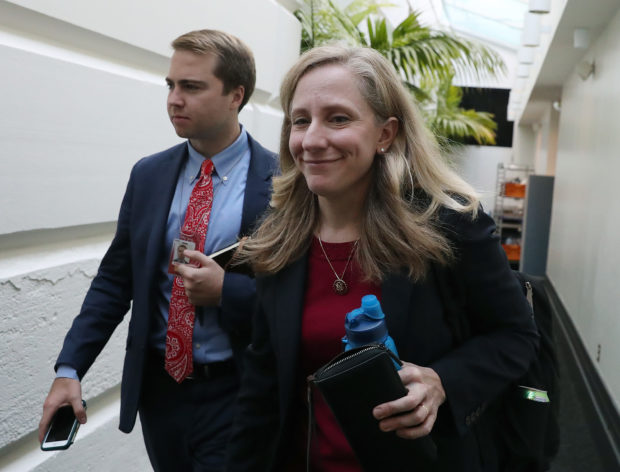 Spanberger specifically takes issue with the president criticizing law enforcement, saying that she decided to get involved in politics because of him.

Last year, Spanberger told NBC News that Trump’s rhetoric was “incredibly disappointing,” adding, “To have a president who doesn’t see your work as service to the nation, work that is meant to help him, it’s hard to see.”

She has also been outspoken about the ongoing Trump-Ukraine scandal, saying in a statement in September, “The allegation that the President may have used his position to ask a foreign leader to investigate a political rival to benefit his reelection efforts is shocking.”

“That he may have tried to use U.S. taxpayer-funded security assistance funding as leverage in this effort represents a national security threat.” (RELATED: CIA Analyst Who Quit Over Trump Is A Hillary Donor)

Other former spooks tried their hand at politics with less success. Jeff Beals, another CIA alumnus, tried to run in a Democratic primary in New York’s 19th district but lost.

Another failed candidate is Gina Ortiz Jones, a Democrat who formerly served in the Defense Intelligence Agency (DIA). Jones ran for Congress in Texas’ 23rd congressional district in 2018.

NBC News reported in 2018 that Jones felt there was “nothing more motivating” to her candidacy than hearing Trump criticize the American intelligence community.

She ultimately lost to Republican Rep. Will Hurd, who is, ironically enough, a former CIA officer himself.

Establishment media outlets like CNN and MSNBC have also been major job creators for out of work spies. As The Daily Caller previously reported, a number of former intelligence agency officials now work on cable news networks.

This includes former Director of National Intelligence James Clapper and former CIA and FBI official Phil Mudd, who both work at CNN. 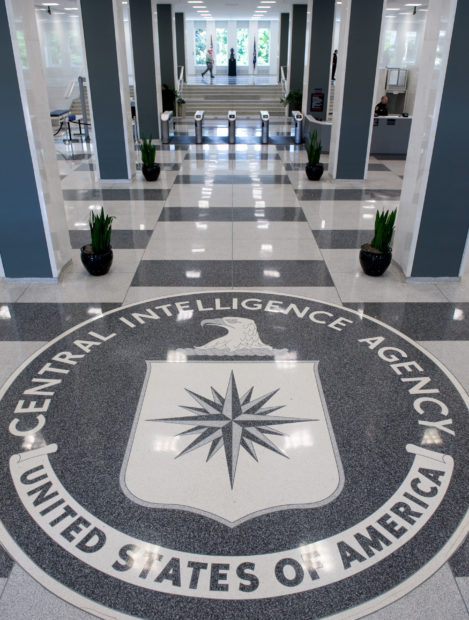 The Central Intelligence Agency (CIA) logo is displayed in the lobby of CIA Headquarters in Langley, Virginia, on August 14, 2008. SAUL LOEB/AFP via Getty Images

During an exclusive Daily Caller interview this month, former CIA agent John Kiriakou, who was prosecuted during the Obama administration for giving information to a journalist, blasted the presence of former security state officials on television news channels, wondering, “Like when did that happen? When did that become OK?”

Kiriakou also said that former intelligence agency professionals on television still had “absolutely nothing but an undeniable loyalty to the agency.”

Indeed, as former White House advisor Steve Bannon is quoted saying in a new book, the deep state isn’t “deep” at all.

“There’s nothing ‘deep’ about it. It’s right in your face,” he said.

As the impeachment fight heats up and the 2020 elections looms, the actions of former intelligence agency personnel in Congress and the media will be of high importance for all Americans worried about the excesses of the security state.