Judge Myron H. Thompson of the U.S. District Court in Middle Alabama ruled that abortions will still be performed in Alabama until the “court resolves the case in full,” according to the New York Times.

The American Civil Liberties Union (ACLU), the ACLU of Alabama and the Planned Parenthood Federation of America filed a lawsuit in May “on behalf of Alabama abortion providers” regarding H.B. 314, law that created a near-total ban on abortions. 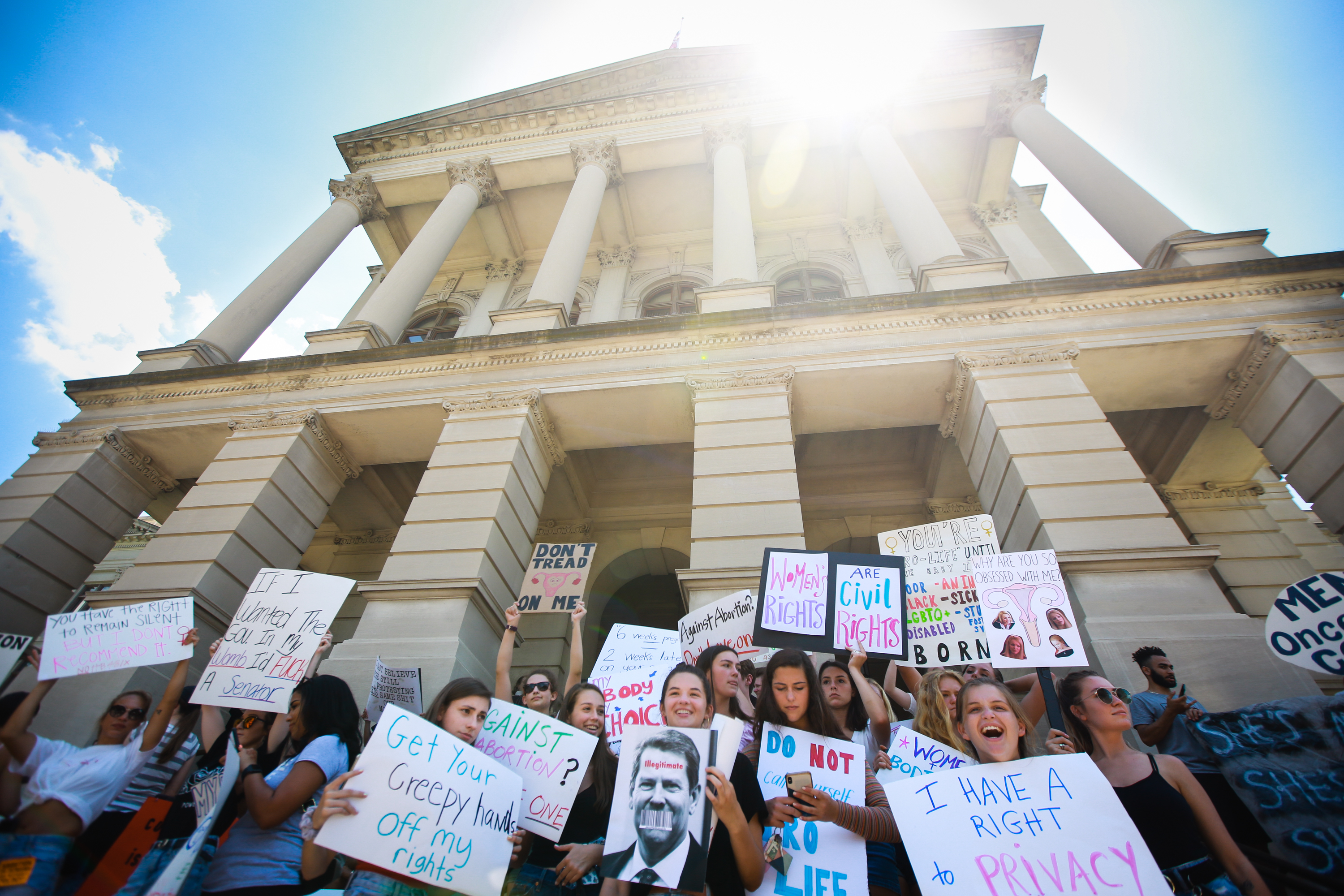 ATLANTA, GA – MAY 21: Young women from Paideia High School hold signs during a protest against recently passed abortion ban bills at the Georgia State Capitol building, on May 21, 2019 in Atlanta, Georgia. The Georgia “heartbeat” bill would ban abortion when a fetal heartbeat is detected. (Photo by Elijah Nouvelage/Getty Images)

Republican Alabama Gov. Kay Ivey’s signed H.B. 314 into law May 15, creating an abortion ban that makes no exceptions for victims of rape or incest. The law would have been the most restrictive abortion law in the United States and was scheduled to go into effect in November, according to the New York Times.

Doctors who violate H.B. 314 would face a Class C felony and punishable by a minimum of 10 years in jail and a maximum of 99 years. (RELATED: Alabama Gov. Signs Most Restrictive Abortion Bill Into Law)

Despite the abortion ban, Planned Parenthood announced that it will begin construction on a brand new 10,000-square-foot Birmingham clinic in January. A Planned Parenthood spokesperson told the Associated Press that the end result will be a “state-of-the-art” facility.

Ivey did not yet respond to a request for comment from the Daily Caller News Foundation.