California Gov. Gavin Newsom accepted big dollar donations in 2018 from the utility company now being vilified for shutting off large sections of the state’s electricity grid to avoid sparking wildfires.

Newsom and his allies took $208,400 from Pacific Gas and Electric during his run for governor before the public utility began controlled blackouts, ABC’s California affiliate reported in July. PG&E gave the governor the maximum amount of $58,400 and gave another $150,000 to a political spending group supporting his candidacy.

The donations were revealed during a seven-month investigation by ABC10, whose probe was part of a documentary series breaking down California’s 2018 wildfire crisis. ABC10 published its findings in July.

Newsom’s office has not provided the Daily Caller News Foundation a statement regarding the donations. 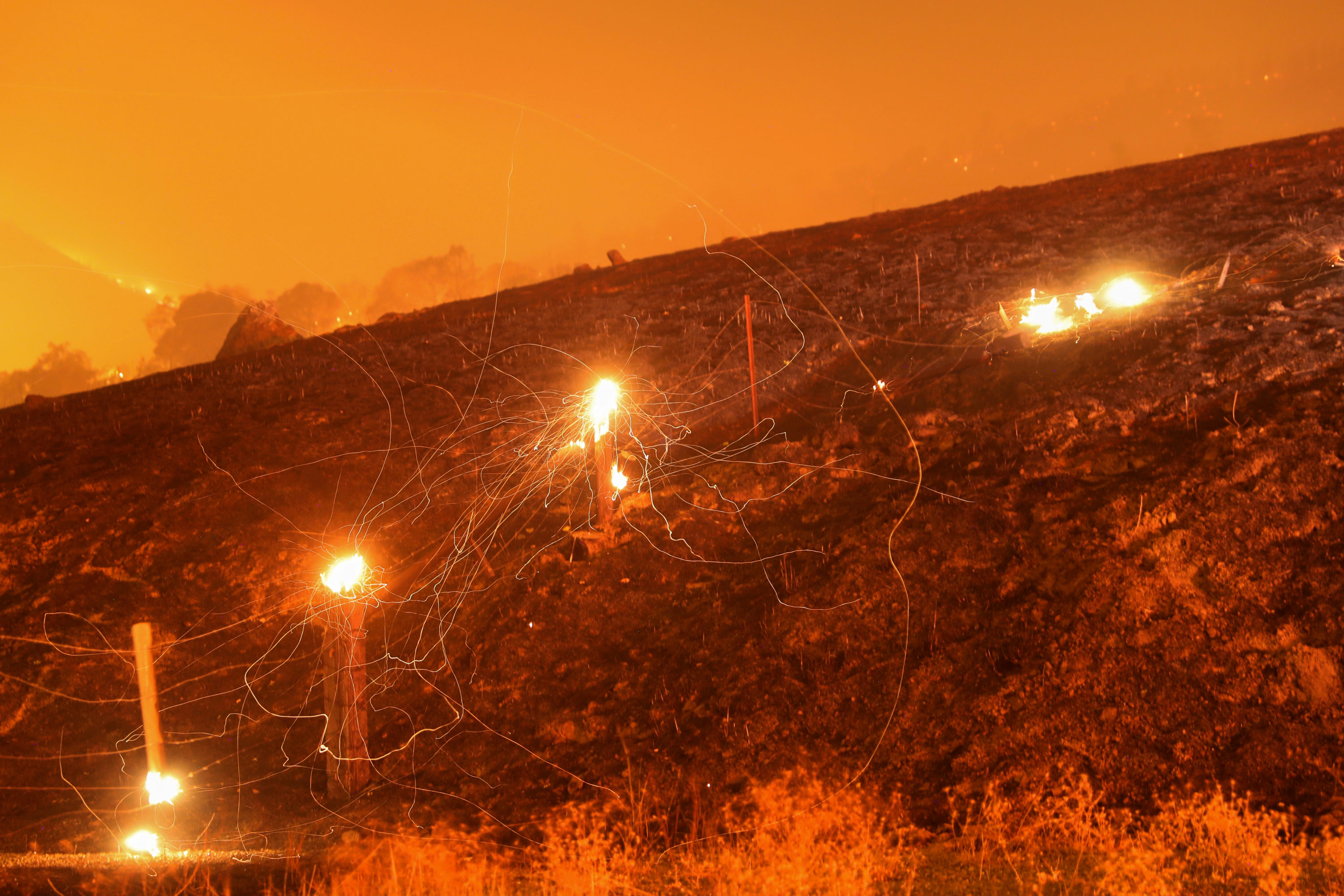 Flying embers from a destroyed fence are seen during the Kincade fire near Geyserville, California, U.S. October 24, 2019.

PG&E also donated more than $800,000 directly to candidate campaigns, and another $3 million to political groups, most of which ultimately plowed that money back into candidate’s war chests, according to ABC10’s investigation, which relied on state records.

The donations came less than a year before PG&E was hit for blacking out an estimated 940,000 homes and businesses in counties up and down California. PG&E is trying to prevent potential wildfires from spreading through the state while keeping tabs on downed power lines.

Newsom refused to answer questions in July when reporters asked about the donations. “It’s a strange question,” he told ABC10. “I don’t know what more I can say.”(RELATED: Here’s What Wildfires Are Doing To California As Citizens Cope With Rolling Blackouts)

Meanwhile, several wildfires are ripping through the state. The so-called Kincade Fire, for instance, scorched over 54,000 acres as of Sunday evening. Nearly 94 buildings and other structures were burned and 80,000 more have been threatened, media reports show.

PG&E has not responded to the DCNF’s request for comment.