2020 Republican presidential candidate Mark Sanford flew economy on a Spirit Airlines flight Saturday morning and told the Washington Examiner that he has also used Megabus during his campaign.

Sanford, 59, is running against President Donald Trump for the 2020 Republican nomination and attended Politicon over the weekend. The Nashville event is dubbed “the Unconventional Political Convention” and was held from Oct. 26-27, its website reads. (RELATED: Mark Sanford Is In: President Trump Has Another Republican Primary Challenger)

The former South Carolina governor told the Washington Examiner that he flew economy from Baltimore to Nashville Saturday, adding that “money doesn’t grow on trees.” Sanford said he has used Megabus as well as the budget airline to get around during his campaign because he believes in cutting government spending.

The federal deficit rose to $984 billion in fiscal year 2019, according to the Department of the Treasury, and Sanford has it in “his DNA” to fight this increase, noting that this fight stemmed from his childhood, the Washington Examiner reported. 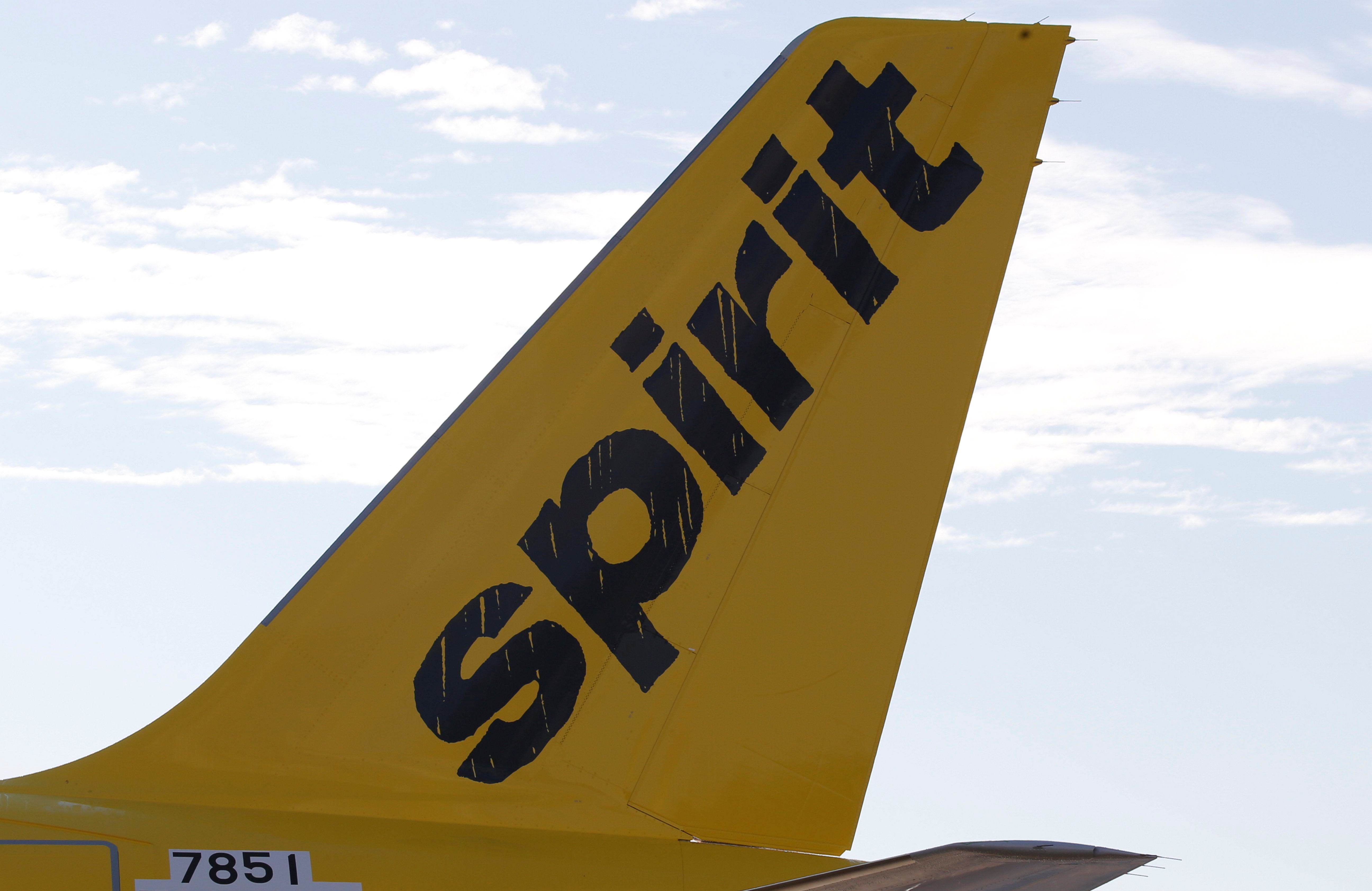 A logo of low cost carrier Spirit Airlines is pictured on an Airbus plane in Colomiers near Toulouse, France, November 6, 2018. (REUTERS/Regis Duvignau)

Sanford not only flew economy on Spirit Airlines to get home from Politicon, but was originally given a seat at the back of the airplane because of a mixup with boarding passes. A flight attendant later offered him a seat closer to the front and Sanford accepted, according to the outlet.

This number has increased vastly, up from around $680,000 in the second quarter. Former Vice President Joe Biden spent about $924,000 on private planes between July 1 and Sept. 30, according to financial disclosures, while South Bend, Indiana Mayor Pete Buttigieg shelled out almost $479,000, The Hill reported. (RELATED: Biden’s Campaign Strikes Optimistic Tone Despite Lagging In Cash: Report)