In a visit to Detroit on Sunday, where Democratic Michigan Rep. Rashida Tlaib endorsed his presidential candidacy, Independent Vermont Sen. Bernie Sanders talked to reporters in front of some empty shelves.

Sanders was at the Brightmoor Food Pantry in Detroit to demonstrate that it was out of the bottled water that some residents are forced to buy because the city has shut off their water services for not paying the bill, the Detroit Free Press reported Sunday. (RELATED: The Key To Winning In 2020 Will Be Properly Explaining Socialism, Says Bernie Sanders)

“Here in this campaign, we hear the word socialism a lot. Well, what this is a perfect example of is socialism for billionaires, massive amounts of subsidies and tax breaks,” Sanders said, during his stop. “But for children, there’s not enough money for a decent education and for poor people, there’s not an ability to get clean drinking water.”

The optics of a left-wing candidate having a photo with imagery that is closely associated with socialist failures from Soviet Russia to Venezuela was not lost on at least one reporter.

Which social media genius decided to film Bernie Sanders –the presidential candidate people accuse of being a socialist — in front of empty grocery shelvespic.twitter.com/hpPRh7irRU

In Venezuela, the government has used food shortages to justify conscripting citizens as peasant farmers and controlling what bakeries can produce. More than 50 countries urged the socialist country to request international aid due to the scarcity of food and medicine — that has led to starvation and disease in the once prosperous South American state. In a futile attempt to remedy the situation, the government even ordered the military to control and distribute the food supply. 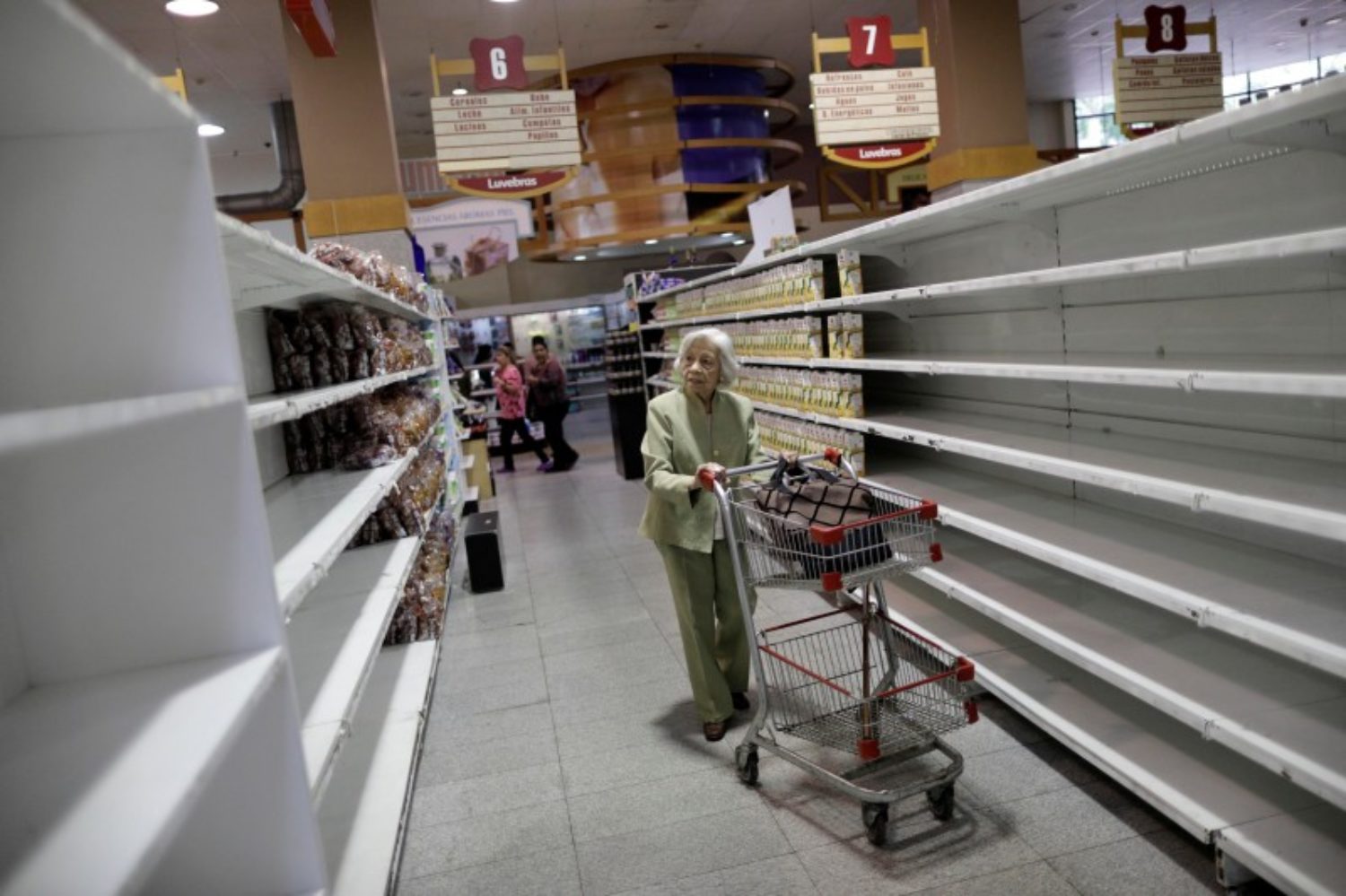 People buy food and other staple goods inside a supermarket in Caracas, Venezuela, July 25, 2017. REUTERS/Ueslei Marcelino

At his visit to the empty shelves in Detroit, Sanders took the opportunity to criticize one aspect of last weekend’s daring al-Baghdadi raid, with the senator saying, “That mission was accomplished by information supplied by the Kurds and as we know [President Donald] Trump has turned his back and betrayed the Kurds — something I think will have a negative impact only in that region of the world but in terms of our relationship to our allies.” (RELATED: Would Medicare For All Have Been There For Bernie?)

Sanders recently declared that Democrats who want real change should support him because left-leaning Massachusetts Sen. Elizabeth Warren still calls herself a capitalist while Sanders said, “I’m not.”