Mason Thibault Mason is a native of Fall River, Massachusetts, an avid NFL and NCAA fan, and a commerce writer for the Daily Caller
October 29, 2019 5:34 PM ET
Font Size:

In-case you missed the news, under Trump’s leadership, an elite military operation in Syria resulted in the death of known ISIS terrorist leader Abu Bakr al-Baghdadi (see A Timeline Of The Raid That Left ISIS Leader al-Baghdadi Dead).

While US forces were instrumental in the killing of the ISIS leader, a lesser known hero was also essential in helping capture and kill al-Baghdadi as recognized by President Trump: a Belgian Malinois, who sustained injury in his chasedown that ultimately led to al-Baghdadi’s death.

In a tweet Monday afternoon, President Trump identified a wonderful dog as one of the main heroes behind the military operation:

We have declassified a picture of the wonderful dog (name not declassified) that did such a GREAT JOB in capturing and killing the Leader of ISIS, Abu Bakr al-Baghdadi! pic.twitter.com/PDMx9nZWvw

As an organization that stands firmly against terrorism and ISIS, we felt it was appropriate to also honor the dog behind the raid….by making him his own limited edition t-shirt in the style and vain of the well-known military thriller capturing the story behind the death of terrorist leader Osama Bin Laden: Zero Dark Thirty.

Available in two styles, both t-shirts are part of our Daily Caller Merchandise collection, printed and shipped right here in America: 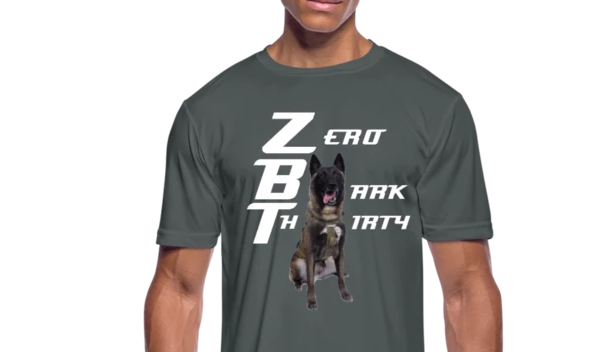 This is Zero “Bark” Thirty…available as a limited edition t-shirt for just $22.99. (Photo via DailyCallerMerchandise)

This Athletic T-Shirt is great for the gym or going for a jog, featuring a unique stylized lettering and design that already is a favorite among the staff.

If instead, a more traditional t-shirt is your style, this premium t-shirt features slightly different lettering, color and style to differentiate it, but will make a great addition to your wardrobe. 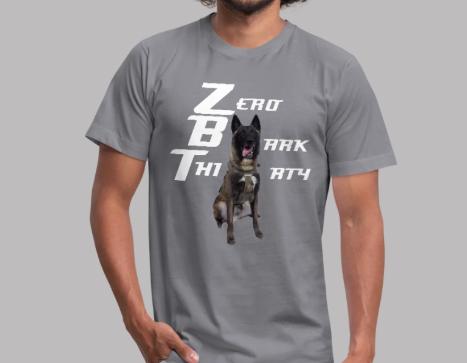 A more traditional option, this shirt is all bark..and all bite at $22.99 (Photo via DailyCallerMerchandise)

Whether you like the first or the second shirt, we recommend you check out our merchandise store for lots of Daily Caller themed gear and new politically in-correct apparel if you haven’t had a chance yet. When you checkout, if it’s your first time visiting, be sure to enter the promotion code LAUNCH25 to get 25% off your first purchase!