The nation’s largest federal employee union announced Monday that their president will be taking a leave of absence following accusations of sexual harassment from the union’s male communications director.

66-year-old Federation’Government Employees, national President J. David Cox, who leads the American  has been accused of sexual harassment by AFGE’s former communications director, 31-year-old Brett Copeland, according to Bloomberg. Copeland is one of ten employees to come forward with allegations against Cox to Bloomberg.

Copeland alleges that Cox’s sexual harassment took place during business meetings in Palm Springs, California in 2017. The former communications director says that Cox allegedly stuck his tongue in Copeland’s ear and invited him to check out the jacuzzi in Cox’s room. (RELATED: Chicago Teachers’ Strike Enters Second Week Despite Tentative Deal: ‘A Victory For Working People In Chicago’) 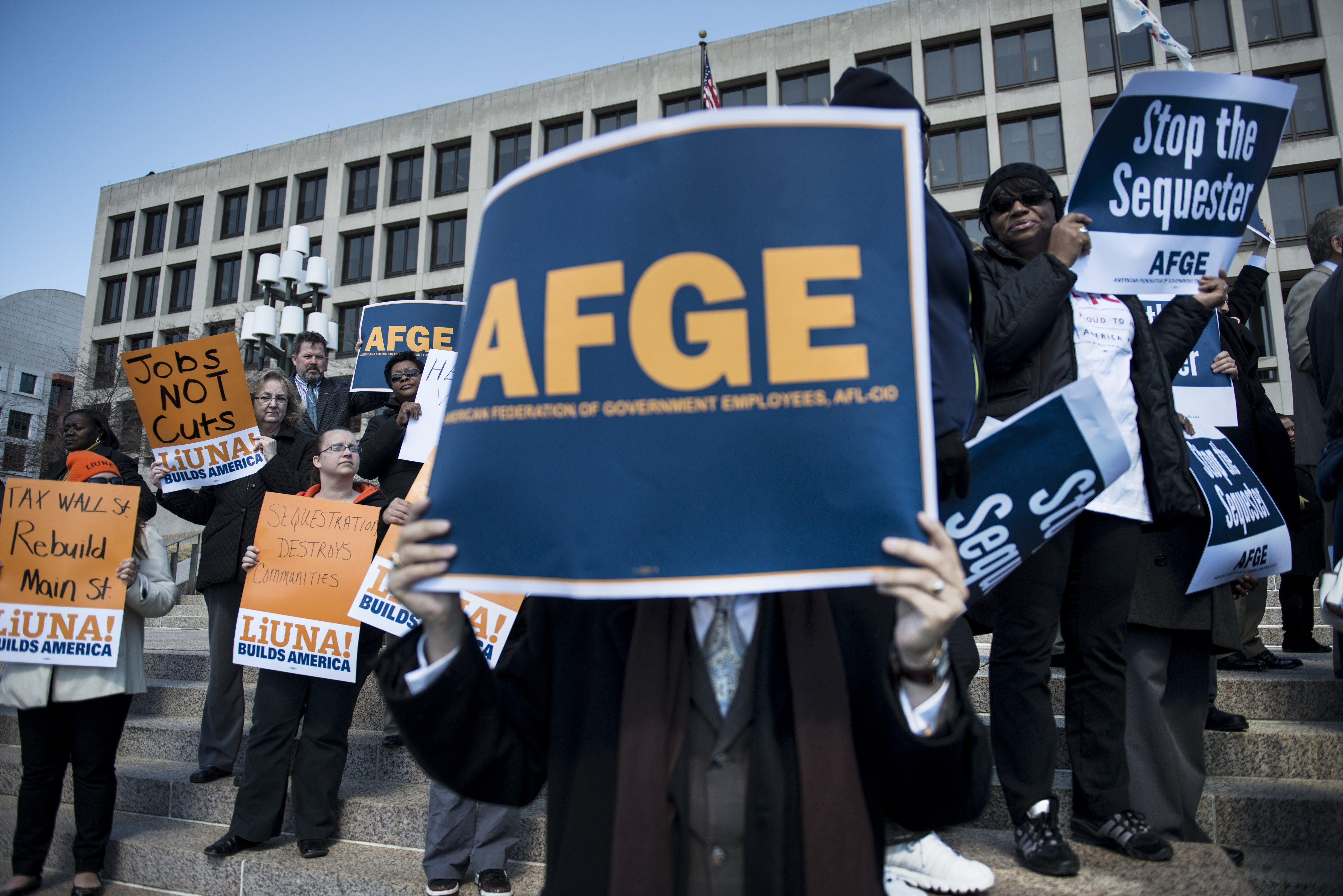 Members of the American Federation of Government Employees(AFGE) and members Laborers International Union of North America(LiUNA) gather during a rally on outside the Department of Labor on March 20, 2013 in Washington, DC. (BRENDAN SMIALOWSKI/AFP via Getty Images)

Cox denied these allegations in an Oct. 27 letter to the AFGE’s National Executive Council

“It is my life’s work to lift up my sisters and brothers in the workplace, and I am truly sorry if I ever made anyone feel uncomfortable by my words or actions. That was never my intention,” Cox said in a statement, according to the Federal News Network. “That said, I cannot abide lies and scurrilous, politically-motivated attacks. I am a lifelong defender of due process and trust the investigation will sort the fact from fiction.”

The AFGE said they took “immediate action” when the allegations surfaced and pointed out that Cox himself ordered an investigation. An independent committee and the AFGE general counsel will perform the investigation in order that it will “move forward quickly,” the AFGE said in a statement released Tuesday.

The union will also refer the matter to an outside investigator.

“AFGE’s greatest assets are our membership and our staff,” the union said in their statement. “Today, we will communicate our anti-harassment and anti-discrimination policy to all employees, as we have done in the past, to ensure each employee understands the policy and the avenues available to them to address such behavior particularly in light of the recent newspaper report. We are wholly committed to a thorough, fair and expeditious investigation that will move forward in a way that’s consistent with AFGE’s values and ensures a safe, open working environment for all of our employees.”

1
Lindsey Graham Unloads On Pelosi: She 'May Pray Privately, But She's Orchestrated The Trial Of Holy Hell'
Politics
2
NYT Breaks With Convention, Endorses Two Democrats For President
Media
3
Watch The Moment Trump Scores A Historic Win Over China
Politics
4
'The Senate Is On Trial': Nadler Says The Impeachment Is No Longer Just About The President
Politics
5
'But You Got A Cool Pen': Liz Cheney Mocks Impeachment Manager Jason Crow After CNN Appearance
Media