Exxon’s alleged deception “exposed the company to greater risk from climate change regulation than investors were led to believe,” according to the lawsuit, which was filed in October 2018 after the state spent nearly four years investigating the company.

The suit focuses on Exxon’s use of an internal “proxy” price for global warming regulations, which was lower than prices put forward in reports to investors and the public. Exxon said it’s been internally pricing carbon dioxide emissions since 2007. Tillerson was the CEO during that time. 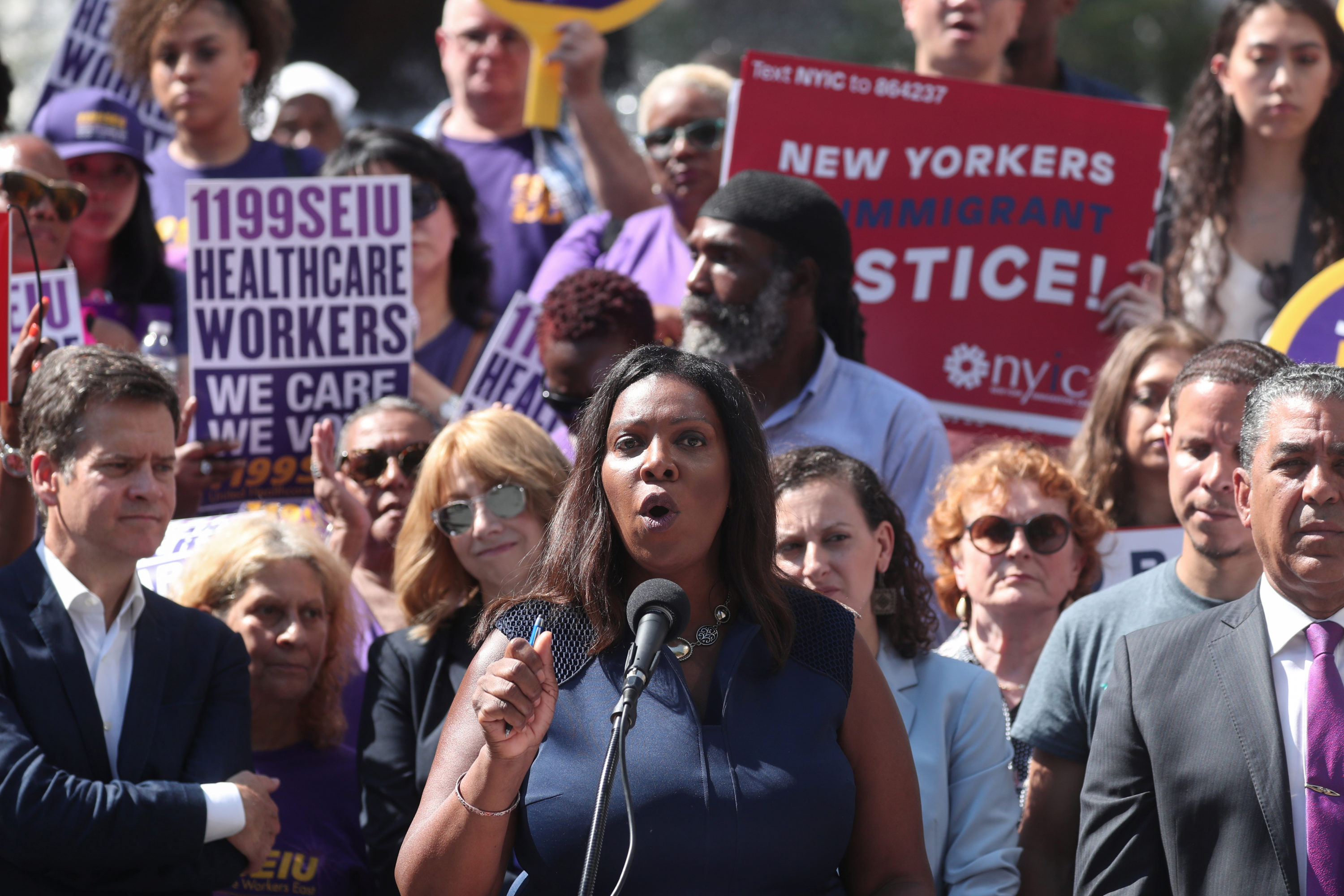 The ploy “in effect erected a Potemkin village to create the illusion that it had fully considered the risks of future climate change regulation,” the lawsuit stated. New York’s initial probe stems from research conducted by Inside Climate News, which reported in 2015 that the company downplays whatever role it contributes to man-made global warming.

Barbara Underwood, the state’s former interim attorney general, brought the lawsuit under the Martin Act, a state law giving the state broad authority to prosecute securities fraud. The suit demands Exxon turn over any profits the company made through the alleged fraud and make restitution to investors.

James wants to question Tillerson, who served as President Donald Trump’s secretary of state in 2017, about statements he made at a 2016 shareholder meeting in which he said the cost of climate rules “gets put into all our economic models when we make investment decisions as well.”

Tillerson’s private email account, labeled “Wayne Tracker,” is expected to be front and center during the trial. New York’s attorney general’s staff discovered that the former executive primarily used an email account for company business, wayne.tracker@exxonmobil.com. Wayne is Tillerson’s middle name. The company destroyed emails from the account before August 2015.

The purpose of the side account “was efficiency, not secrecy,” Ted Wells Jr., the lead lawyer representing Exxon in the case, wrote in a 2017 letter to Judge Barry Ostrager, who is presiding over the current case. The older emails were nixed “due to the manner in which email accounts had been configured years earlier,” Wells added.

Neither Exxon nor New York’s attorney general’s office have responded to the Daily Caller News Foundation’s request for comment.