The former first lady was talking about the phenomenon known as “white flight” during an interview with the Chicago Sun-Times. Obama told the publication that she believes white people are still on the run.

“We were doing everything we were supposed to do – and better,” Obama recalled, as she described the Obama family’s success and their decision to move to a new home on the South Side of Chicago. “But when we moved in, white families moved out,” she told the Sun-Times. (RELATED: Michael Moore Wants Michelle Obama To Run In 2020)

“I want to remind white folks that y’all were running from us. And you’re still running.” 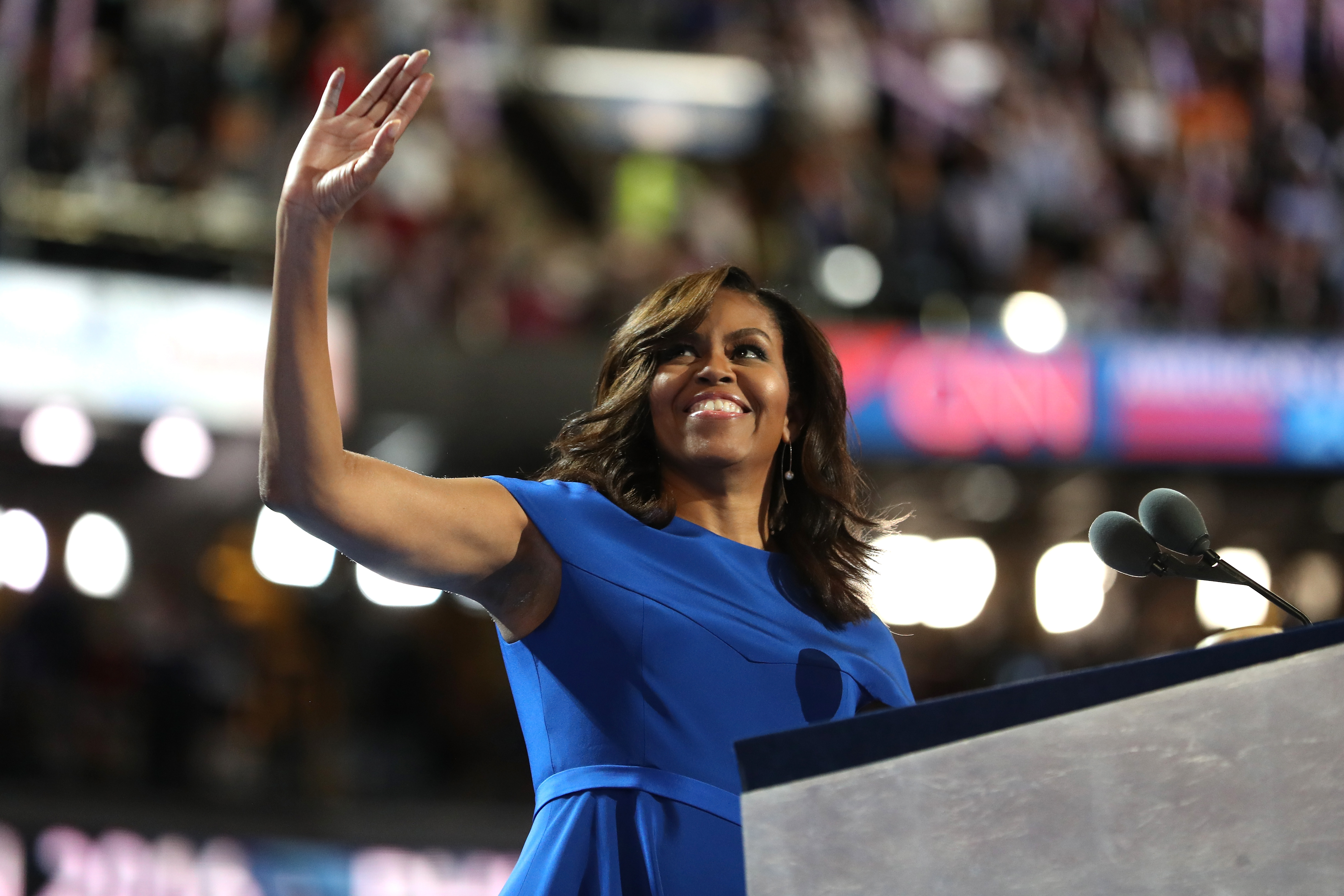 Then-First lady Michelle Obama acknowledges the crowd after delivering remarks on the first day of the Democratic National Convention at the Wells Fargo Center, July 25, 2016 in Philadelphia, Pennsylvania. (Photo by Joe Raedle/Getty Images)

Despite the forward movement in both her private life and academic career, Obama has claimed in other interviews that she has still had to endure various forms of racial prejudice throughout the years.

“As people doubted us coming through — ‘Are you Princeton material? Can you really make the grade? Can you cut it?’ — What do you do in those instances?” Obama rhetorically asked during an interview with The Hill. “All you can do is put your head down and do the work and let the work, your truth, speak for itself.” (RELATED: Michelle Obama Describes Feelings About Trump Inauguration: ‘Bye Felicia’)

Obama did not refer to an essay that she wrote while at Harvard that argued for the concept of racially-based hiring. She also once claimed that America was racist because she was asked by a white woman at a Target store to reach up to the top shelf for a product.

She has said she is bewildered by why white people harbor this alleged fear of non-whites.

“I can’t make people not afraid of black people,” she told The Hill. “I don’t know what’s going on. I can’t explain what’s happening in your head.”

“But maybe if I show up every day as a human, a good human, doing wonderful things, loving my family, loving our kids, taking care of things that I care about — maybe, just maybe that work will pick away at the scabs of our discrimination. Maybe that will slowly unravel it.”

Former U.S. President Barack Obama and first lady Michelle Obama participate in the unveiling of their official portraits during a ceremony at the Smithsonian’s National Portrait Gallery, on Feb. 12, 2018 in Washington, DC. (Mark Wilson/Getty Images)

While husband Barack Obama has not endorsed former Vice President Joe Biden in his quest for the 2020 Democratic presidential nomination, Michelle Obama refused to comment when asked if she had any opinion on Biden once being opposed to federally-mandated school busing — a program that many civil rights advocates believed improved the lives of black Americans.