“I will say, Gawker absolutely ruined me for other places of employment but Slate has allowed and encouraged me to do the weird shit that is the only thing capable of making me happy and for that I am truly grateful.”

MOOD: “Hi! I’ve just been fired from Deadspin for not sticking to sports.” — Barry Petchesky, Deadspin‘s now former interim editor-in-chief. He worked there for a decade. (RELATED: Petchesky Was Ruffling Feathers Back In 2016)

Speaking of Deadspin… “Deadspin once called me a ‘fucking nitwit.’ While I don’t share their politics, it’s not fun to see a publication neutered. They often did valuable work, and perhaps that’s coming to an end.” — Jim Swift, senior editor, The Bulwark.

Unusual detail about Timpf: She has lexical-gustatory synesthesia, which means that the word “word” tastes like mandarin oranges.

“I completely misread a guy who I thought was opening the door at McDonalds for spare change, but he told me he didn’t want money and was just doing it to help people and keep kindness alive. Well done, sir.” — Cameron Cawthorne, Washington Free Beacon.

“Had my first PSL* of the year so you know my seasonal depression is back in FULL FORCE.” — Rachelle D’nae, Slate. *PSL: Pumpkin spice latte.

“I bet there’s a giant goddamned buck in that canyon just waiting for me to take him down, yet I’m stuck in bed with a puke bucket today.” Krystle Baker, co-host of Xtreme Liberty.

“The same people who say it’s unfair to suggest that Trump should spend time with his son at the ballgame are the ones who have never problem separating moms from their babies at the border.” — Bryan Behar, HuffPost blogger, self-described “emotional eater.”

“#Vindman served our nation with distinction & courage. Once you earn #PurpleHeart you’ve earned the right to be believed & not to be fucked with. Deal with his testimony. Don’t attack his character.” — Geraldo Rivera, longtime Fox News correspondent. (FNC’s Geraldo Stabs Cuomo In Head With CNN Host’s Brother)

Trolls disrupt event and Benny Johnson isn’t happy about it

“There were a number of trolls who sabotaged the Q&A portion of tonight’s @TPUSA event. Many of the questions were abhorrent and were not asked in good faith. White nationalism and anti-gay hatred have no place in our movement. This is what the Left wants. It’s time to Wake Up.” — Benny Johnson, who previously worked for The Daily Caller, IJR, National Review and BuzzFeed. (RELATED: Gawker Shames Benny Johnson After Aggregating His Story)

Couple fights over peanut butter in the fridge

“My wife puts syrup, honey, and peanut butter in the fridge. This has become the biggest source of conflict in our marriage” — Matt Walsh, blogger.

PICTURE OF THE DAY 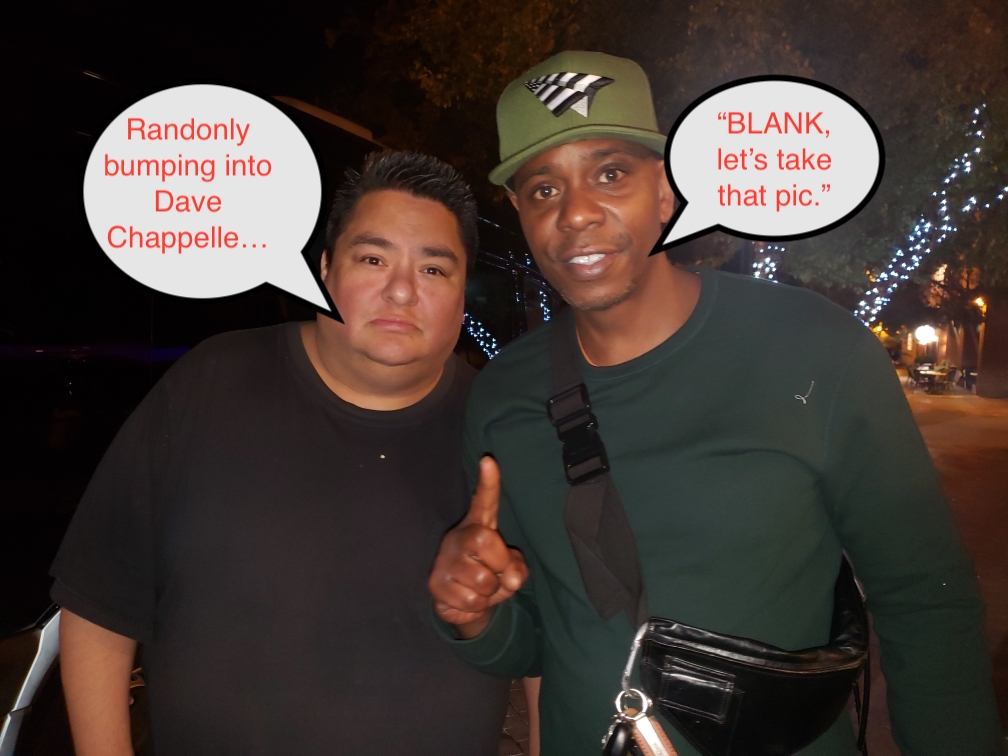 Chelsea Clinton allows a very calculated profile… A woman asks Chelsea Clinton, “Are you on Grey’s Anatomy?” Hey, it’s better than the other stranger who came up and told her, “I wish your mother had aborted you.” Read the New York Mag profile by Jonathan Van Meter about what Chelsea Clinton is up to as of late. Here.

The Ellen Show‘s producer steps up campaign against Rep. Matt Gatez: “You do not need to follow @PhilEhr who is running to unseat Matt Gaetz (tool), but I sure as hell am.” — Andy Lassner. Read all about the tense relations between Gaetz and Lassner here.

George Conway is going to be tied up for awhile… “Lighter tweeting for a while as I get a distal biceps tendon sewn up and try to figure out how to use this device with one hand.” — Kellyanne Conway‘s husband. Read about that time that a NYT reporter — Mark Leibovich — found George Conway wandering around the National Zoo. (Memo to Leibo: You should try to Matcha latte.)

Guess who wants to run for Rep. Katie Hill‘s (D-Calif.) seat? Hill resigned from Congress this week after alleged inappropriate relationships with staffers emerged, including some naked shots of her naked brushing a staffer’s hair. George Papadopoulos, former campaign aide to President Trump, who spent 12 days in prison for lying to the FBI during Special Prosecutor Robert Mueller‘s investigation. He’s currently in the 12-month supervised release program (otherwise known as parole) and 200 hours of community service. This political power duo loves the limelight. His wife, Simona Magiante Papadopoulos is all for it. She recently posed for her new skimpy bathing suit line at Trump’s Miami resort. (RELATED: George Papadopoulos’s Wife Flaunts Swimwear At Trump’s El Dorado Resort)

He reportedly filed to run for the seat on Tuesday.

SIMONA: “My stalker hiding behind a new fake profile is now attacking me on Instagram with the same nonsense- ‘Simona you are not a lawyer and you are almost 40.’ Guess why this person is so intimidated by my degree and my looks. Envy is the most sincere admission of inferiority.”

GEORGE: “You are a goddess, my love, and brilliant. Forget these people. We have big things to work on now.”

SIMONA: “Awwww I love you George Papadopoulos. So blessed to be your wife.”

And if anyone is still confused about if Simona wants her husband to officially venture into public life, this leaves little doubt.