Disabled seniors at a low-income apartment complex said they were left alone for two days in the dark as wildfires burned in Northern California.

More than 20 seniors in wheelchairs or using walkers were stuck in the dark during the power shutoff, which was aimed at preventing wildfires, The Associated Press reported. The elderly people tripped, were injured and got turned around in their apartments because no one was there to provide guidance, they said. Some didn’t leave their apartments for days because they were scared.

“We were surprised by how dark it was,” said Pamela Zuzak, 70, the AP reported. “There was nothing, nothing lit. It was like going into a darkroom closet, pitch black, you couldn’t see in front of you.”

Zuzak is one of the residents at the Villas at Hamilton in Novato, California, just one of the locations that were shut down because of wildfire scares. Pacific Gas & Electric shut off power to more than 2 million people during the weekend, the AP reported. 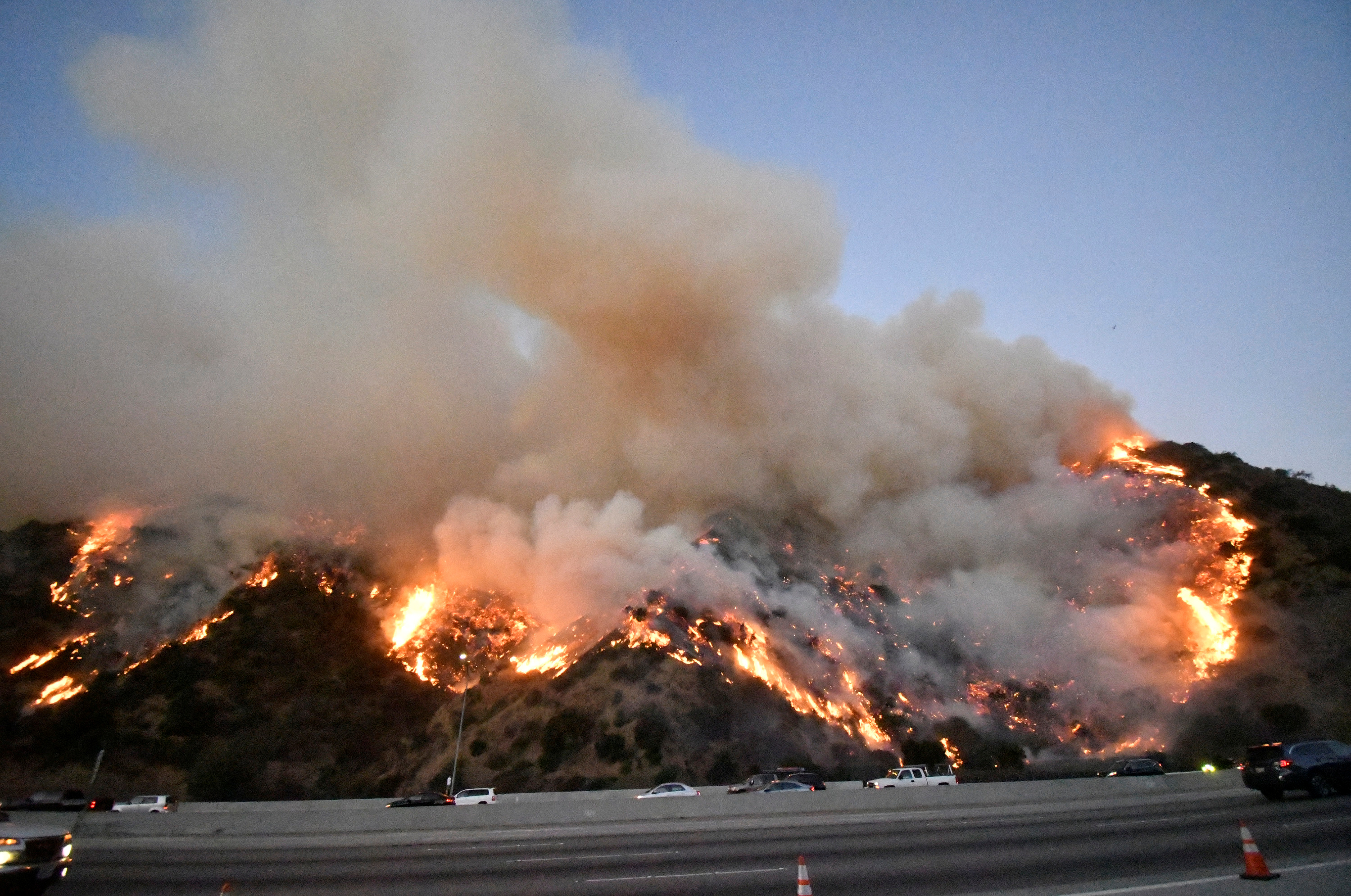 The Getty Fire burns near the Getty Center along the 405 freeway north of Los Angeles, California, U.S. October 28, 2019. (REUTERS/Gene Blevins)

About one-third of the residents at the Villas are too old, sick or impaired to care for themselves during such an outage, John Geoghegan, head of the Hamilton Tenant Association, said, according to the AP. The property management company “abandoned” the elderly tenants, he said. Geoghegan returned Saturday evening to find residents in a panic over the outage.

“Some expected they would be communicated with, but they weren’t hearing from anybody,” Geoghegan said. (RELATED: California Evacuates 100K People As Wildfire Ravages Parts Of Los Angeles)

Not all of the apartments at the complex didn’t have heat or working electric stoves, Marie Hoch, president of the Hamilton Field of Marin Owners Association, told the AP. This association isn’t involved with the Villas, but she visited after getting a call.

“I thought it was particularly upsetting that they knew the power outage was coming,” she said. Flood lights were apparently put up, but didn’t work.

The Villas at Hamilton did not comment to the Daily Caller News Foundation.