Democratic Reps. Alexandria Ocasio-Cortez of New York, Ilhan Omar of Minnesota and Ayanna Pressley of Massachusetts came to the defense of Democratic California Rep. Katie Hill, who is resigning amid scrutiny on her alleged extramarital affairs with two different staffers.

Hill gave a departing address Thursday in which she blamed a “double standard” for her resignation.

Hill’s fellow freshmen Democrats in the House echoed Hill’s talking points in coming to her defense by focusing on leaked nude photos of the congresswoman.

Omar on Thursday tweeted pictures of herself with Hill and Pressley, adding: “To all the women/girls out there, do not be deterred from pursuing your dreams. We must and will create a society where you cannot be defamed, smeared and kept from your career aspirations because of smear campaigns!” 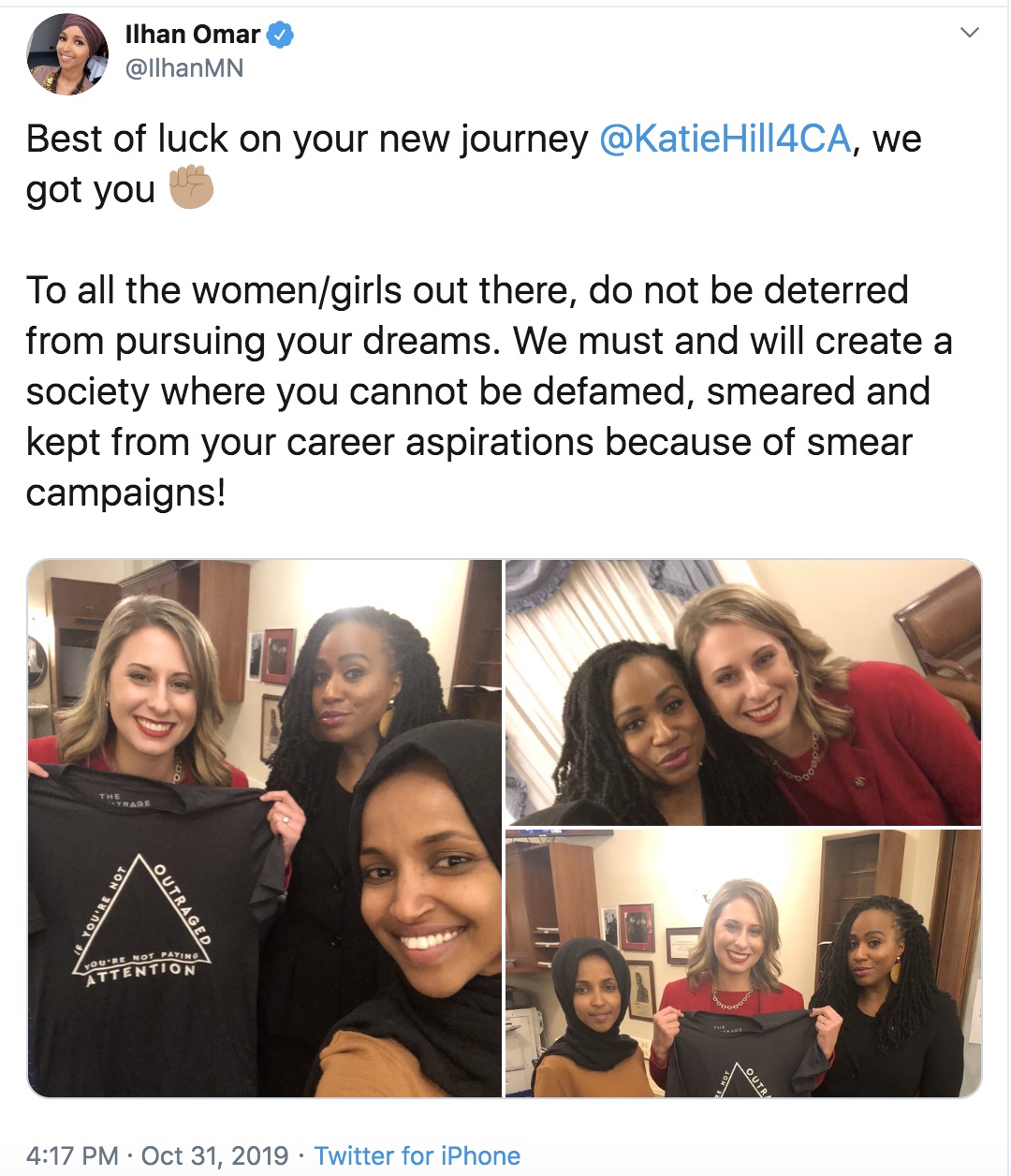 “I don’t think we’re really talking about how targeted and serious this is. We’re talking about a major crime … being committed against her,” she added. (RELATED: Another House Democrat Under Investigation For Allegedly Sleeping With Staffer)

Contrary to Ocasio-Cortez’s assertion, a GOP congressman had a similar photo released in 2017. Former Texas Rep. Joe Barton retired after a nude photo he sent to a mistress leaked online.