U.S.-backed Afghan special forces allegedly committed atrocities and are responsible for civilian deaths, according to a Thursday report from Human Rights Watch.

The report called for an investigation into whether the U.S. has been involved in committing war crimes in Afghanistan, according to The Associated Press. It accused Afghan forces allegedly committing atrocities of being “part of the covert operations” of the CIA and suggested disbanding the forces or having the Defense Ministry control them, the AP added.

“These troops include Afghan strike forces who have been responsible for extrajudicial executions and enforced disappearances, indiscriminate airstrikes, attacks on medical facilities, and other violations of international humanitarian law, or the laws of war,” the report stated.

Human Rights Watch detailed specific raids in the report, including ones in Zurmat. Afghan and U.S. strike forces allegedly shot four men dead as family members looked on, according to the report, and other people home for a holiday were killed in another house. 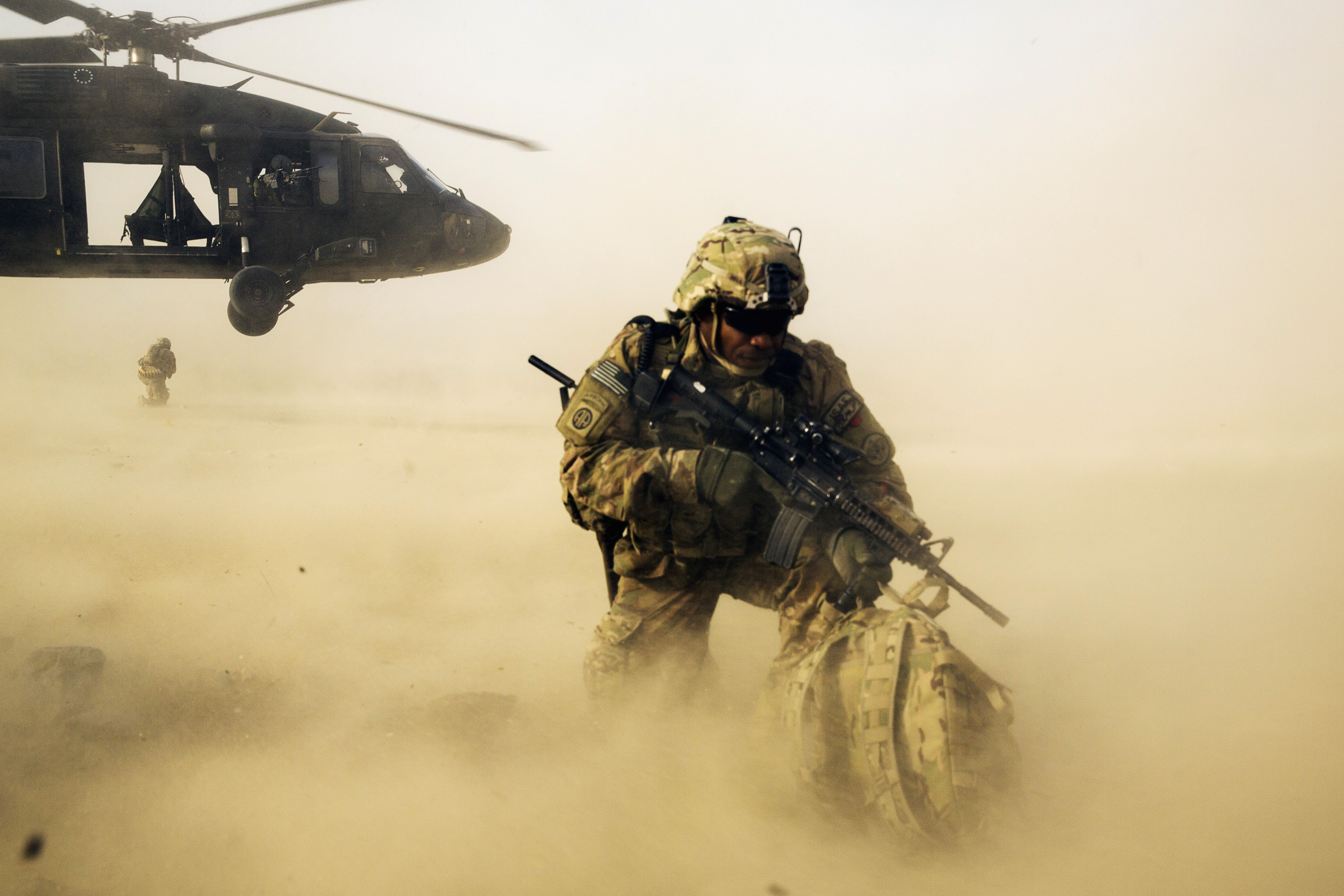 A U.S. soldier shields himself from the rotor wash of a UH-60 Blackhawk helicopter after being dropped off for a mission with the Afghan police near Jalalabad in the Nangarhar province of Afghanistan. (REUTERS/Lucas Jackson)

The findings in the report have been shared with Afghan and U.S. authorities, according to the AP. It added that the U.S. allegedly hasn’t looked into “raid incidents” by Afghan forces. (RELATED: Human Rights Watch Accuses Al-Houthis Of Hostage-Taking And Torture)

“The battlefield is complex_the fighting is in crowded cities and in populated villages,” the U.S. military said in a response included in the report. “Our challenges are immense because we face enemies who do not wear uniforms, who hide among women and children, and who use lies about the death of civilians to try and check our effectiveness.”

Human Rights Watch also requested that an investigation begin into whether U.S. military people were with Afghan forces while the alleged war crimes occurred. The U.S. has previously denied being involved in any war crimes, the AP reported.

Kaber Aqmal, spokesman for the National Security adviser, said “the Afghan government is doing its best to safeguard lives of the Afghan civilians, we are looking for all those possible ways to avoid civilian casualties,” and blamed the deaths on Taliban insurgents. He did not directly comment about the report, according to the AP.

The CIA did not immediately respond to the Daily Caller News Foundation’s request for comment.