A new poll released by the Washington Post and ABC News indicates a major gender and partisan gap on Americans’ feelings about impeaching and removing President Donald Trump from office.

Other data from the poll indicates a large gender gap in Americans’ feelings on impeachment. Fifty-six percent of women want to see Trump impeached and removed, while only 42 percent of men do. (RELATED: Geraldo Rivera On Impeachment Resolution: ‘Sucky Ain’t A High Crime’)

The impeachment saga reached a fever pitch Thursday as the House of Representatives voted to officially open an impeachment inquiry over President Trump’s phone call with Ukrainian president Volodymyr Zelensky. (RELATED: Joe Biden To Call For Trump’s Impeachment If He Doesn’t Comply With Investigation Over Ukraine Call)

The White House released a statement slamming the House vote, reading in part, “The Democrats want to render a verdict without giving the Administration a chance to mount a defense. That is unfair, unconstitutional, and fundamentally un-American.” 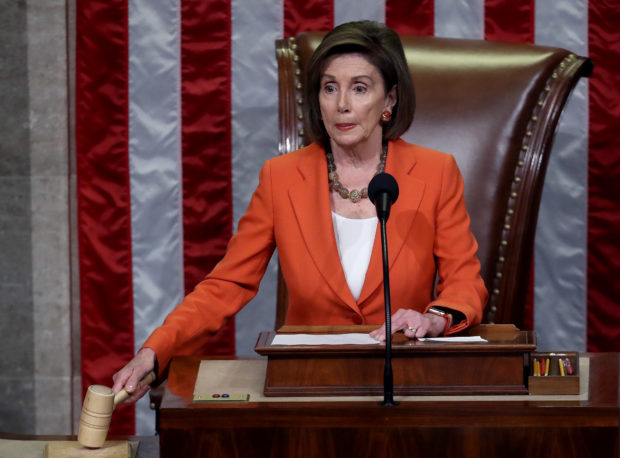 Speaker of the House Nancy Pelosi (D-CA) gavels the close of a vote by the U.S. House of Representatives on a resolution formalizing the impeachment inquiry centered on U.S. President Donald Trump October 31, 2019 in Washington, DC. Photo by Win McNamee/Getty Images

The Daily Caller reported last week that many Senate Republicans are refusing to rule out voting to remove Trump from office in an impeachment trial. (RELATED: EXCLUSIVE: We Asked Every GOP Senator About Impeachment. Seven Ruled It Out.)

The WaPo/ABC poll was “conducted by telephone October 27-30, 2019, among a random national sample of 1,003 adults, with 65 percent reached on cell phones and 35 percent on landlines.”