Samantha G. DeForest Davis sold her office key to fired IT aide Jackson Cosko, who used it to repeatedly break in to the office and install spy devices on computers, prosecutors said. After another staffer caught Cosko in the act in October 2018, DeForest Davis wiped down his fingerprints.

“Hey So I was able to wipe down the keys and mouse but [witness] was coming so I could [not] do the other thing … sorry I couldn’t do everything,” she texted him, according to court documents.

Cosko pleaded guilty on April 5 to masterminding what prosecutors said was “an extraordinarily extensive data-theft scheme, copying entire network drives, sorting and organizing sensitive data, and exploring ways to use that data to his benefit.” He admitted to stealing tens of thousands of documents and emails from Democratic New Hampshire Sen. Maggie Hassan’s office, in addition to credit card information and Social Security numbers belonging to Senate employees.

The data also included senators’ private information that Cosko posted to Wikipedia out of “anger” at Republicans during the Supreme Court confirmation hearings of Justice Brett Kavanaugh, prosecutors said. The senators included Lindsey Graham of South Carolina, Orrin Hatch of Utah, Mike Lee of Utah, Mitch McConnell of Kentucky and — after he called for finding and punishing the suspect — Rand Paul of Kentucky.

DeForest Davis pleaded guilty to aiding and abetting computer fraud, and “as part of her plea, DeForest Davis acknowledged that she lied to her employer and the U.S. Capitol Police on several occasions during the investigation,” prosecutors said in a statement.

DeForest Davis, 24, of Wisconsin, began working for Hassan in August 2017 after graduating from Augustana College in Illinois and serving a short stint as a fellow at the League of United Latin American Citizens (LULAC), according to her LinkedIn profile.

She wrote on LULAC’s website in 2015: “Identifying as a half African-American and half Caucasian woman, many people questioned why I wanted to intern at LULAC for the summer. … They thought I should be spending my time within my own demographic, serving my own people, and representing my own culture.”

DeForest Davis is now a Milwaukee Public Schools teacher through Teach For America, which did not respond to a question about whether it did any reference checks, and if so, who gave her a reference.

Cosko received four years in prison, with prosecutors writing: “The government believes that a significant sentence would help to make clear that difference of political opinion do not entitle people to engage in politically motivated, criminal attacks threatening elected officials with whom he disagrees, and would thereby encourage respect for the law, and deter future criminal conduct.”

Repeated IT failures in Congress

DeForest Davis’s lenient sentence comes despite DeForest Davis lying to police about her role. Instead of DeForest Davis initially helping prosecutors build a case against Cosko, Cosko appears to have implicated her.

In the early days of the probe, police nearly bungled the probe, missing the spy devices that remained installed in Senate office computers until he told them about it. They also missed hard drives full of pilfered Senate data that were stashed in his oven.

Hassan hired Cosko as her IT aide — giving him access to all her data — despite a prior felony record for drugs. She fired him for reasons she has refused to say, leading him to plot revenge, including a plot to extort a positive job reference. Somehow, without a reference, he wound up working for Democratic Rep. Sheila Jackson Lee of Texas in an unpaid role, giving him continued access to congressional computers.

Authorities caught and arrested Cosko during the Kavanaugh hearings, and Hassan’s office learned of DeForest Davis’s role and fired her. (RELATED: Hassan Likely Didn’t Notify Constituents Whose Data May Have Been Exposed, Despite Pushing Law Requiring It For Companies)

Rep. Abigail Spanberger, a Virginia Democrat, hired DeForest Davis in January, even though a court case called “USA vs. DeForest Davis” — at the time showing that she was seeking a public defender but had not yet been charged — was the first result for her name on Google. 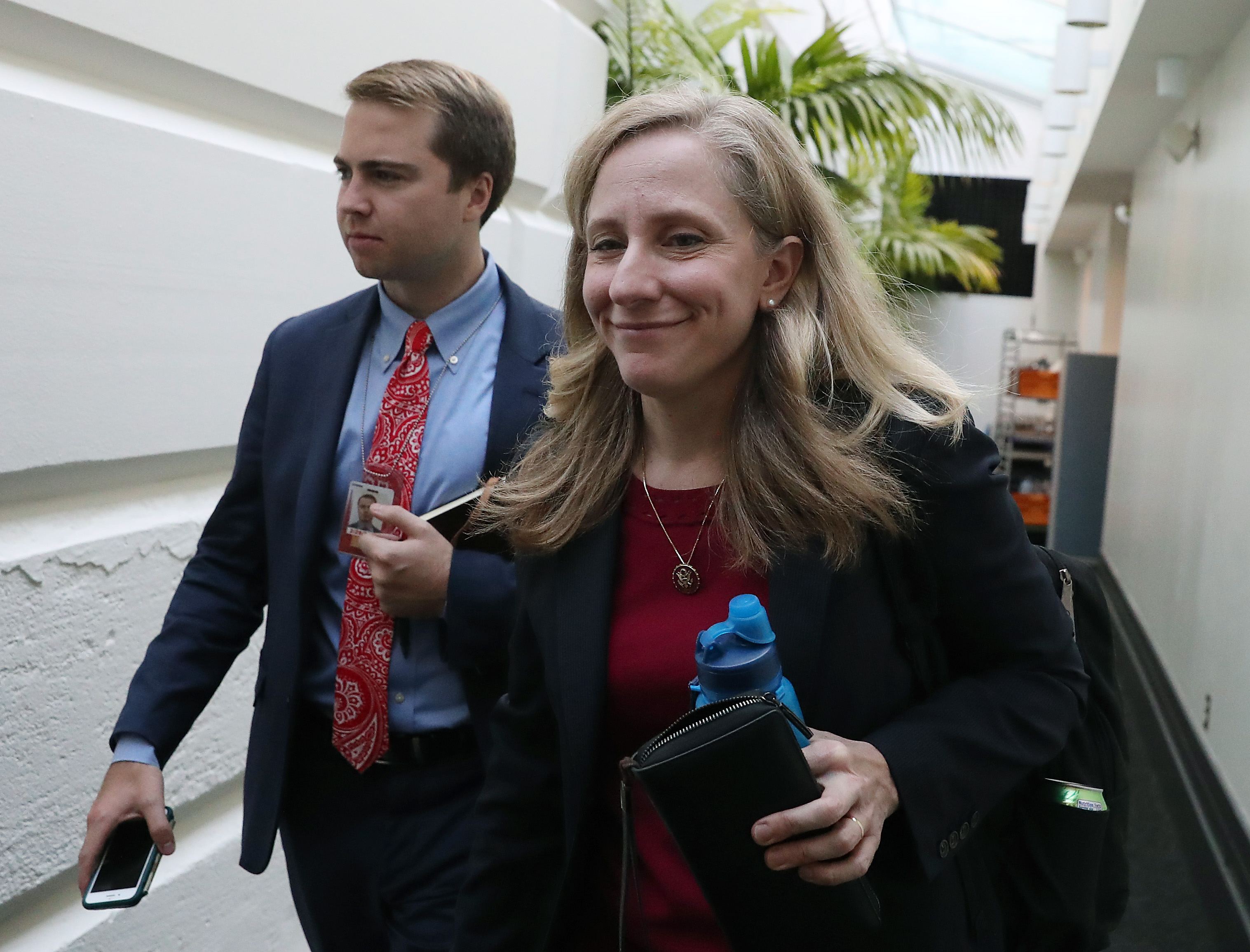 Rep. Abigail Spanberger leaves a meeting with the House Democratic caucus one day after Nancy Pelosi announced that Democrats will start an impeachment inquiry. (Photo by Mark Wilson/Getty Images)

DeForest Davis abruptly departed her payroll after working from Jan. 30 to Feb. 11, according to pay records.

All of those events happened not long after a family of Pakistani IT aides, the Awan brothers, committed security violations on the computers of at least 40 congressmen, according to the House Sergeant at Arms. Those IT aides were hired with no background checks, and a congressional chairman said, “We just can’t have this ever happen again.”