President Donald Trump said in 2006 that he wanted to build “a crystal cathedral for God,” his personal pastor told the Washington Examiner’s Washington Secrets.

The president wanted to build a crystal cathedral and summoned an architect for the project, longtime personal pastor Paula White-Cain told Secrets.

White-Cain, who published an autobiography on Oct. 15 titled “Something Greater: Finding Triumph Over Trials” and is married to the band Journey’s Jonathan Cain, said that Trump wanted her to head the project but the timing was not right for her as her ministry was on nine TV networks and she was experiencing what would be her second divorce in 2007.

The author said she has never before told anyone about what she called Trump’s “dream” to build a glass cathedral for God. (RELATED: The One Question Trump Asks World Leaders In The Oval Office Will Send Christians Cheering)

“He said, ‘Let’s build a crystal cathedral for God,’” she told Secrets. 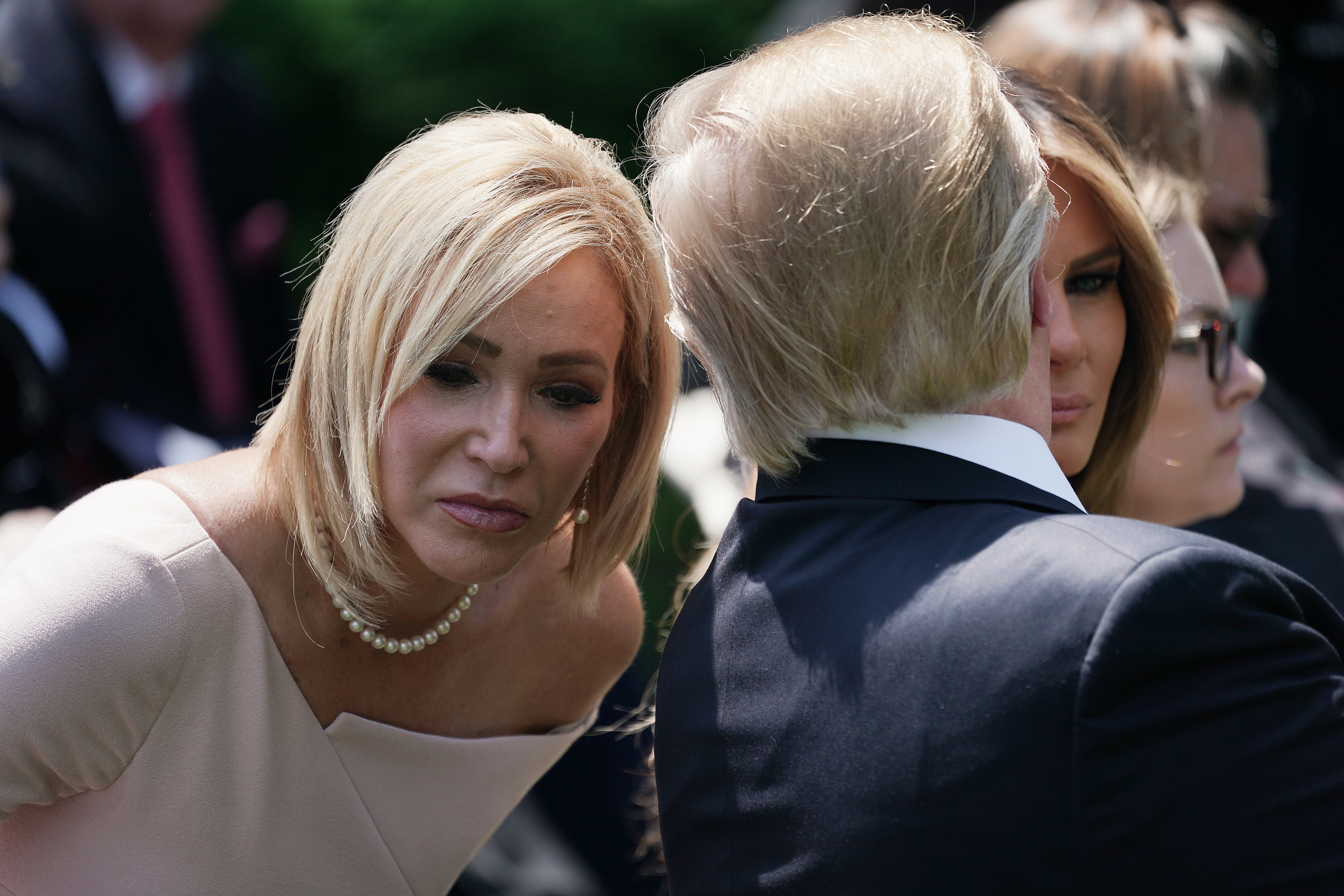 U.S. President Donald Trump (R) speaks to Paula White, chair of the White House evangelical advisory board, during a National Day of Prayer service in the Rose Garden at the White House May 2, 2019 in Washington, D.C. (Photo by Chip Somodevilla/Getty Images)

Trump has not brought up his dream for a crystal cathedral recently, White-Cain said, though she is often present at the White House.

“Who knows what God will do,” she said. “Who knows, maybe we will end up building a cathedral.” (RELATED: Jesuit Priest’s Comment On Homosexuality Unveils The ‘Most Insidious Problems Facing All Christians Today,’ Theologian Says)

White-Cain discussed her 18-year relationship with Trump, explaining to Secrets that though Trump is a Christian, he does not flaunt Bible quotes like former President Bill Clinton.

The pastor found out in 2014 that Trump was planning to run for president in the 2016 election.

“I’m going to go for this,” Trump told her, White-Cain said. “Now, I know our prayers need to intensify.”

“God used Donald Trump in my life as much as I was used in his life,” White-Cain wrote in her book, Secrets reported Friday.

“When it comes to my assignment to the president of the United States, I have come to understand that vindication is in the womb of time. I will stay faithful to what God has called me to do all the days of my life, and I don’t try to figure it out,” she added.

1
'Vicious Lie': ADL CEO Demands Rashida Tlaib Apologize For Spreading 'Blood Libel'
Politics
2
BARR: Schiff’s Concerns About Rigging The 2020 Election Are Real, But Misdirected
Opinion
3
German Authorities Find ‘Weapons Of War’ During Raid Near Radical Mosque
World
4
One Of The Most Famous Women Alive Is Dating A Police Officer. Is This A Win For The Everyday Man?
Editorial
5
Other Names Revealed In Helicopter Crash That Killed Kobe Bryant, His 13-Year-Old Daughter
Editorial