“If you see any of us and you can see our underpants, just let us know.”

— Whoopi Goldberg, on Monday’s edition of ABC’s “The View.” The segment was based on man at gym who told a woman he could see her butt. She called him a pervert. Abby Huntsman recalled an incident from when she was an intern at ABC’s “GMA.” It was summer. She used the restroom and accidentally tucked her skirt into her underwear. She walked 20 minutes home to the West Side and got a ton of honks before a man finally told her. Meghan McCain also had a story: “I wore a dress on a red carpet that showed my bra. It wasn’t the end of the world.”

“It’s indefensible that photos were used to extort + humiliate Katie Hill, + those who did so should be punished. But having sexual relationships w/staffers is an abuse of power, + the dreams of the female staffer w/whom Hill had a relationship are as important as Hill’s dreams.” — Erika Harold, litigation attorney, Miss America, 2003.

“My packing style is so chaotic and haphazard that I’m always surprised when I open my luggage and see what recent past Olivia thought soon to be future Olivia would want for her trip.”— Olivia Nuzzi, New York Mag.

MOOD: “When you’re trying to find your Monday Zen, but your job happens to be covering news in the Middle East.” — Sune Engel Rasmussen, covers Iran and Middle East conflicts for the WSJ.

Don Jr. reports on his father’s reception at the fight

“Despite the bullshit from blue checkmark Twitter, when we walked into the arena it was overwhelmingly positive.” — Donald Trump Jr.

“I only got on Instagram two weeks ago, but so far my assessment is people are way nicer over there.” — Andy Lassner, executive producer, The Ellen Show. “I’m not leaving Twitter, but it’s nice to occasionally not be a part of, or the target of the angry mob.”

Announcement: Pardes is growing up…

“Proud to say after years of tweeting only using lower case letters I’ve finally decided to start including upper case letters in my tweets. It was a tough call but it had to be done. Say hello to grown up Pardes.” — Pardes Seleh, YouTube personality, former scriptwriter, Fox News, former writer, Mediaite.

“One of my basic rules of life is don’t defend Matt Lauer. The guy was so obviously a creep and you didn’t even need to know what was in Roman Farrow’s book to sense it.” — Liz Mair, Republican communications strategist. (RELATED: The Mirror Questionnaire with Liz Mair)

BRIAN STELTER: “Quite a contrast: CNN is airing ‘White House in Crisis: The Impeachment Inquiry.’ MSNBC is covering impeachment, with a similar special coming up later this evening. And Fox is running an hour-long ad for its right-wing streaming service Fox Nation.”

The Cable Gamer: “Yet two hours later Fox News was covering impeachment while CNN aired a documentary on female killers and MSNBC had a Dateline rerun . Why no mention of that @brianstelter  It’s a shame CNN’s “media reporter” has been reduced to the role of flack for his boss’s PR department.”

@johnnydollar01: “Plus he repeats the phony comparison in CNN’s PR Newsletter…er, I mean Media Newsletter. If Fox covers a story at 9pm and 10pm, Brian will say they didn’t cover it at 8pm, SEEEE??!! And never mention the other two hours. This sort of thing happens more often than people realize.”

Roger Stone’s trial for witness tampering officially begins Tuesday… “Good morning from the federal courthouse in DC, where Roger Stone has his final pre-trial conference at 10 am. Jury section begins Tuesday in his case, which centers around Mueller-era charges of lying to Congress, obstruction and witness tampering tied to its 2016 Russia probe.” — Darren Samuelsohn, senior reporter, Politico. (RELATED: Ana Navarro-Cárdenas Fires Back At Roger Stone After He Calls Her A ‘Piglet’)

“At the Stone pretrial conference. Currently a discussion where the government is trying to limit the scope of eventual cross-examination of a witness. They are avoiding the witness’s name, but it seems to be [Steve] Bannon. (Have mentioned executive privilege & that he worked in WH)” — Andrew Prokop, Vox.

Entertainment factor: High. “Roger Stone‘s criminal trial starts tomorrow and if past is prologue, it will be a spectacle. So far, it has featured Instagram drama, debate over a clip from a mob film can be introduced and uncertainty over whether a therapy dog can come to court.” — Byron Tau, WSJ. Here. 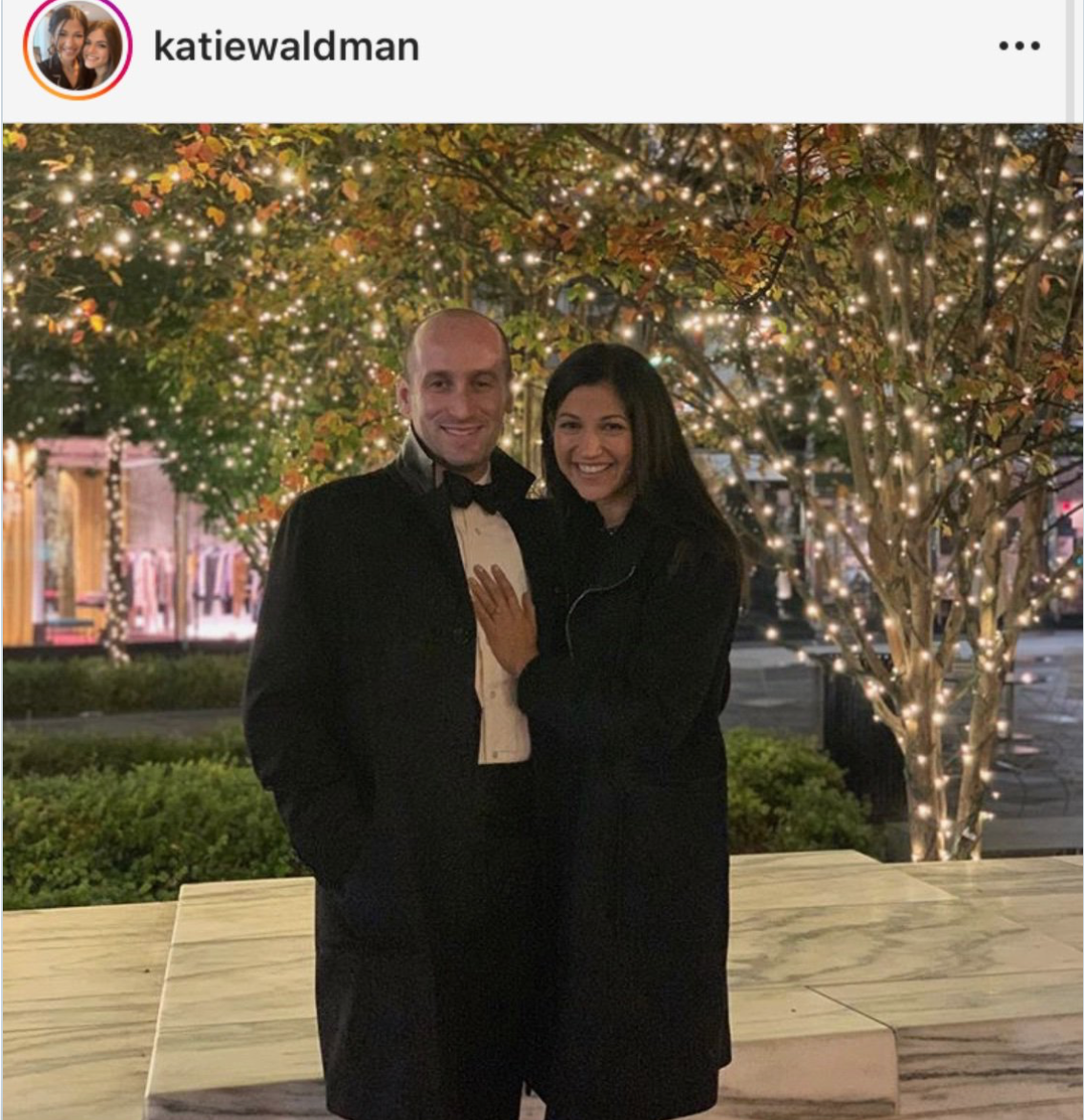 ABC “The View’s” Abby Huntsman says she no longer reads Twitter: “You know, I will say I’ve stopped reading Twitter this whole season and I’m just happier person. I really am. It gets into your mind and you start thinking about things you should do differently or be different in some way. It’s not a good way to get up in the morning.”

Meghan McCain: “Can people stop coming up to me on the street and telling me that I look less fat in person? I don’t have body image issues. Just try to be more kind.”

Bette Midler on Fox News’s Jeanine Pirro: “Why does this Housewife from New Jersey have a show on Fox?” (RELATED: Journalists Thump Trump For Calling Bette Midler A ‘Psycho’)