Actor Shia LaBeouf thanked a Georgia Police Officer during his speech while accepting an award for screenwriting.

The “Holes” actor made the remarks at the Hollywood Film Awards Sunday night, according to a report published by USA Today. The award was given to him for his screenwriting of his new film, “Honey Boy.” 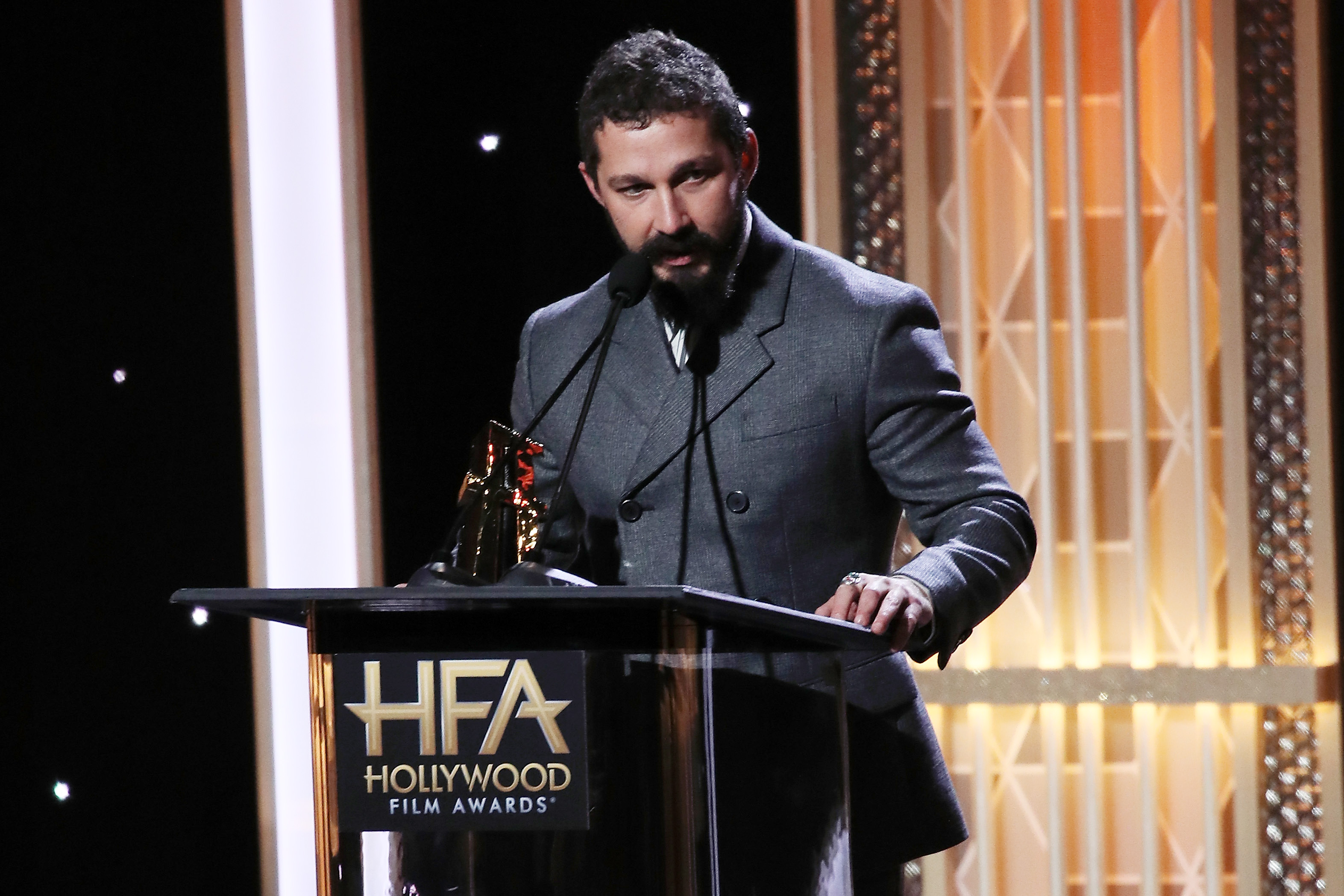 “I want to thank the police officer who arrested me in Georgia,” LaBeouf said in his speech, referencing his 2017 arrest due to public intoxication. “For changing my life.”

He went on to thank his sponsor and therapist for “saving [his] life” along with his parents for “giving [him] life.”

LaBeouf reportedly wrote the script for “Honey Boy” while he was serving his time in mandated rehab after his 2017 arrest. “Honey Boy” is an autobiographical film in which he plays an alcoholic father of a child actor. (RELATED: Megan Fox Reveals She Still Loves Shia LaBeouf)

LaBeouf pleaded guilty to a misdemeanor charge of obstruction and was fined $2,680, given 100 hours of community service to complete, enrolled in anger management counseling and enrolled in an alcohol and drugs rehabilitation program.

The actor was arrested while filming “The Peanut Butter Falcon” after he asked someone for a cigarette and they refused.

“Honey Boy” will be released Friday.