Farrow wrote the book “Catch and Kill: Lies, Spies and a Conspiracy to Protect Predators,” which is about NBC News’s alleged attempts to silence his reporting surrounding sexual assault allegations against disgraced movie mogul Harvey Weinstein. He spoke on CBS’s “Real Time with Bill Maher” on Nov. 1 and said Clinton’s alleged victim Juanita Broaddrick “credibly” accused the former president of rape and that the accusation was “overdue for revisiting.”

After the segment aired, three women who have accused Clinton of sexual assault — Broaddrick, Leslie Millwee and Kathleen Willey — talked to the DCNF, expressing their view on Farrow’s comments and discussing how they are still hoping for justice.

Broaddrick told the DCNF that she agrees with Farrow’s comments that her rape allegation should be revisited and noted that although Clinton may not be able to get jail time, there are other “perks” that could be taken away from the former president.

“I always have thought that this should be revisited. … I would like for something to be done in order to expose this man for all of the things that he has done and possibly get all of his past presidential perks taken from him,” Broaddrick told the DCNF. “That would be my biggest goal, because I don’t think anything else can be done after 40 years.”

“I think it’s because of who it was,” she said. “[Lauer and others] are all lower characters. Who should have been exposed was the president of the United States.” (RELATED: Juanita Broaddrick Is Making It Her Life Mission To Destroy Bill Clinton) 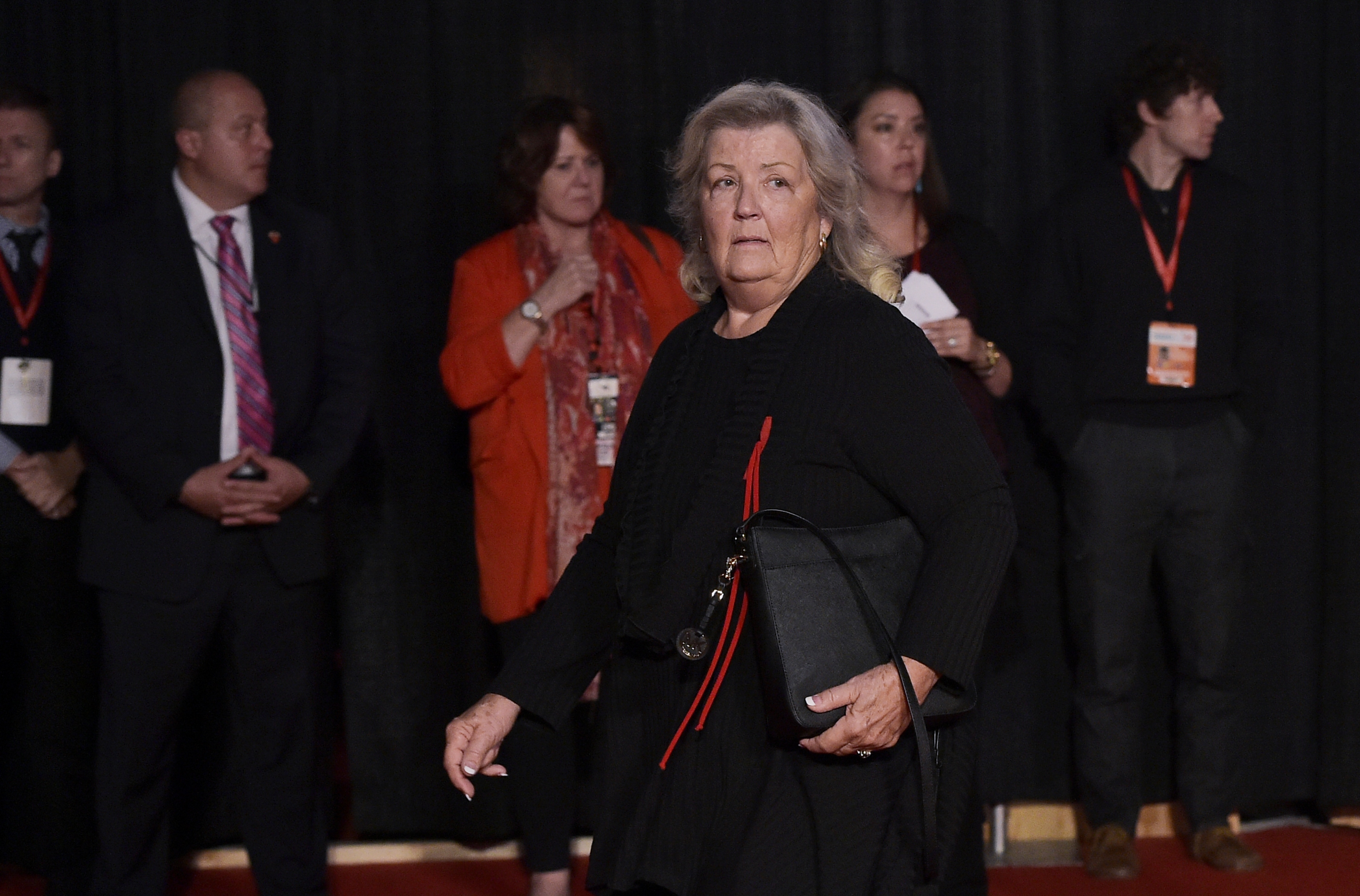 The former nursing home administrator told the DNCF that she spoke with Farrow before he published “Catch and Kill.” They discussed allegations that NBC News Chairman Andy Lack and the network held her “Dateline” interview “until after the impeachment vote” on Clinton, she said. Broaddrick detailed the alleged rape during the interview, which was conducted on Jan. 20, 1999 but didn’t air until Feb. 24, 1999, Vox reported.

The Senate acquitted Clinton on impeachment grounds on Feb. 12, 1999.

Broaddrick alleged that Clinton raped her while he was campaigning for Arkansas governor in 1978 when she was 35 years old. He invited her into his hotel room to reduce the number of reporters around and forced himself on her, The Washington Post reported. Several of Broaddrick’s friends backed up her claim.

Clinton’s supporters have discredited Broaddrick’s allegations, citing an FBI investigation and the lack of witnesses and physical evidence to back up her up. She originally signed an affidavit from Paula Jones’s lawyers stating she had no information about a “nonconsensual or unwelcome sexual advance by Mr. Clinton.” Jones was another woman who accused the former president of sexual assault. Broaddrick then filed a second affidavit swearing that the rape occurred.

Former local Arkansas television news reporter Millwee also told the DNCF that justice for herself and other alleged victims is “long overdue,” adding that she was “elated” to hear about Farrow’s interest in the story.

“I absolutely agree that it’s long overdue. … I think that more things are going to come to light,” Millwee said. “I’m really excited that Ronan’s looking into it. I was sexually assaulted three times by Bill Clinton … and I would not only like for Juanita to get justice, you know, I’d like to get justice. I’m elated that he’s looking into this.”

Leslie Millwee spoke publicly for the first time during a video interview for Breitbart in 2016. (Screenshot YouTube/ Breitbart News)

Millwee added that she would welcome any news outlet looking into the allegations against Clinton, reiterating her point that this shouldn’t be made into a political story. She also said all of the women “would like to see some form of justice” and that it would be “so amazing if this were brought to the forefront” so the public could understand “what happened to us.”

“I have a story that’s very powerful,” Millwee told the DCNF. “I don’t need a script or anything like that to tell my story. It changed my life. … Let’s investigate these claims. Justice can never be too late.”

The former reporter was unsure what justice would look like 30 years later and expressed skepticism that Clinton would “ever admit” to the allegations against him. She alleged that Clinton sexually assaulted her in 1980 on several occasions at the television station she was employed at.

Millwee came forward in 2016, speaking in a 19-minute video to Breitbart, a conservative leaning outlet, and alleged that the president sexual assaulted her on three different occasions, with each instance escalating. Milwee didn’t report him because he was the governor of Arkansas at the time and she was worried about repercussions, she said.

Willey, a former White House volunteer aide, told the DCNF that all women who have been sexually harassed “would like their story to be validated,” but didn’t hold out hope that Farrow’s commentary would result in a renewed investigation.

“I certainly agree with what Ronan Farrow said. … What does ‘revisit’ mean? Is the [district attorney] going to look into this? Is the special counsel?” Willey said. “It’s been 40 years, and I can’t see anybody picking the ball up and running with it.”

“The world knows that the Clintons have everybody in their back pocket, and I just don’t know whose willing to come forward and take something like that on,” she added. 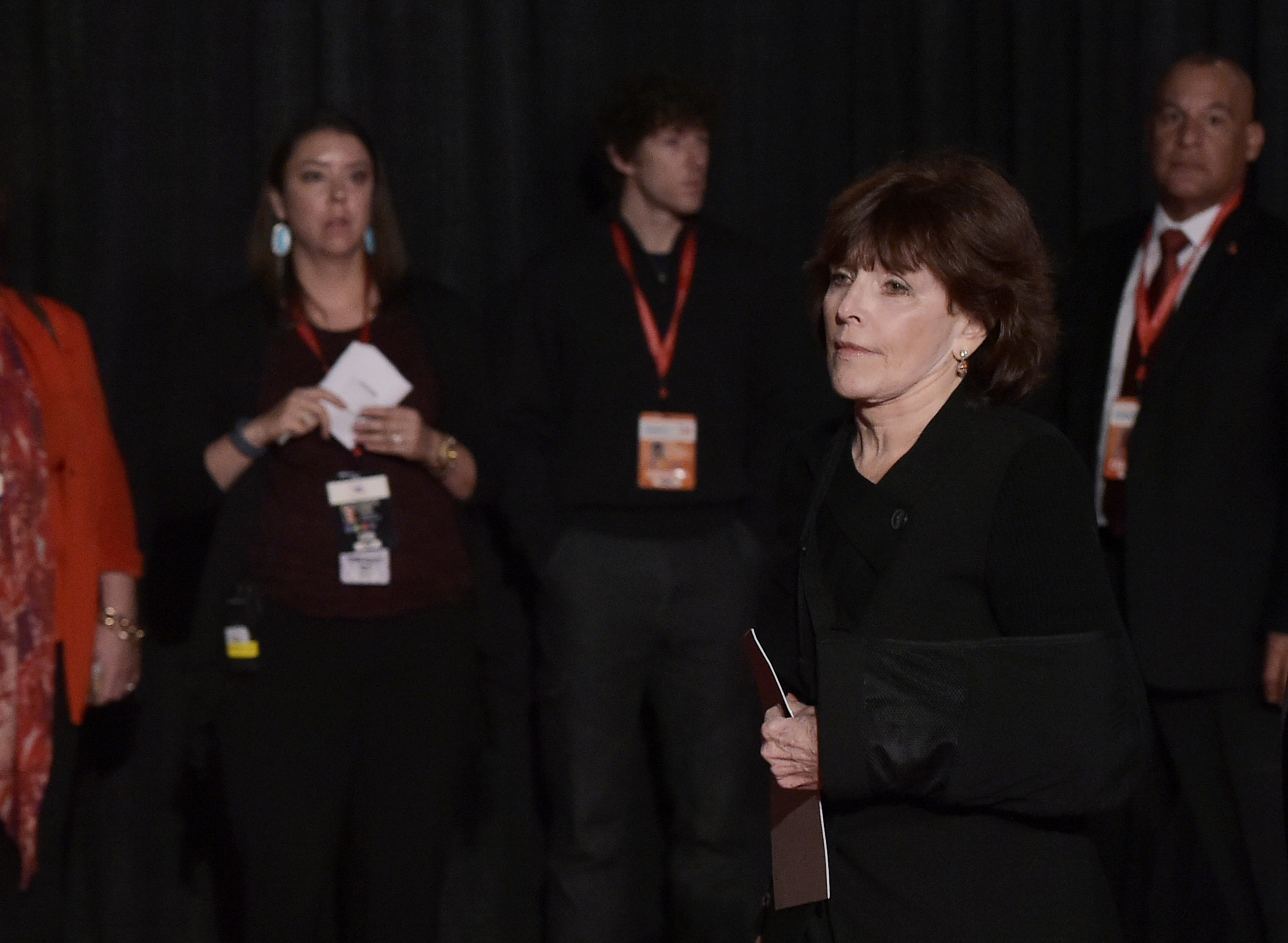 Willey accused Clinton of sexually assaulting her in 1993 in the Oval Office while she was a volunteer in the White House correspondence office, Business Insider reported. She spoke about the allegations publicly in 1998, and Clinton denied that the interaction happened as she claimed. He said that he hugged Willey and maybe kissed her on the forehand, according to Business Insider.

She made her allegations public in 1998, and Clinton “emphatically” denied that the interaction was sexual.

“My mind was racing and I thought: ‘Should I slap him? Or should I kick him? Or knee him?'” Willey told Fox News host Sean Hannity when recalling the incident in 2016. “What do I do? Scream? Is the Secret Service gonna come in and descend upon me with guns?”

After Farrow’s commentary, the DCNF also reached out to multiple former staffers who have voiced support for the #MeToo movement. None of them commented.

Clinton’s press office did not respond to a request for comment.