The following is an article by Craig J. Cesal, a federal prisoner sentenced to life without the possibility of parole as a first-time offender convicted of conspiring to distribute marijuana.

I am a first-time offender convicted of conspiracy to distribute marijuana. In 2002, my Chicagoland truck repair facility serviced semis a Florida company used to haul marijuana. I never bought or sold marijuana, never received proceeds from marijuana marketing, and didn’t even smoke marijuana. Thanks to the War on Drugs, I am serving life imprisonment without the possibility of parole, even though no person was hurt, and marijuana has now been legalized in some form in 33 states.

I am awaiting the end of my sentence, my death, at the Federal Prison at Terre Haute, Indiana. Over the next couple of months, five others housed here will end their sentences when they are executed by lethal injection.

Those people include Daniel Lewis Lee, who killed a gun dealer, his wife, and eight-year-old daughter to support the Aryan People’s Resistance. Lezmond Mitchell killed a 63-year-old and her nine-year-old granddaughter to carjack their car for use in the robbery of a trading post on the Navajo Reservation. Wesley Ira Purkey raped, murdered, and dismembered a 16-year-old girl after taking her across state lines. Alfred Bourgeouis molested and killed his two year old daughter on a military base. Dustin Lee Honken killed five witnesses, including two children, who were to testify against him at his drug trial. From my job in the prison factory, I can see the Death House where they will take their last breaths.

I ponder if anyone not sentenced to die at the hands of the federal government can understand how I see these upcoming executions. Are these really mercy killings, such as putting down a horse with a broken leg, or a house cat with failed kidneys? I haven’t seen a grapefruit, grape, or fresh vegetable in nearly 18 years.

Then there is the U.S. Socialized Medical Service in the Federal Bureau of Prisons, which schedules care with the consideration that I am sentenced to die in their care. But unlike the five fellow inmates scheduled for execution, my company undertook the repair of marijuana-hauling trucks. We’re all sentenced to die, just by a different method, and on different days.

“Kill yourself” is what many who are not sentenced to life imprisonment advise. My moral compass, likely calibrated by my Catholic faith, does not permit me to kill people, including me. Moreover, none of the other War on Drugs lifers espouse killing themselves, and I’m not aware of one who has. It seems to me, marijuana offenders are not murderers, so we don’t get to have our sentences expired in the next couple of months, like the chosen five named above. Our death sentences are more protracted and more painful than those assigned to murderers.

It is said the government gleans the power to take our lives, our food, our medical care, and our families away based on the consent of the people. My indictment reads: “The People of the United States vs. Craig Cesal.” In the War on Drugs, the jury of our contemporaries does not get to choose a life without parole sentence for us, they aren’t even allowed to know what the proposed sentence would be. Perhaps American juries would prefer euthanasia for marijuana offenders over 35 or more years in prison until death. 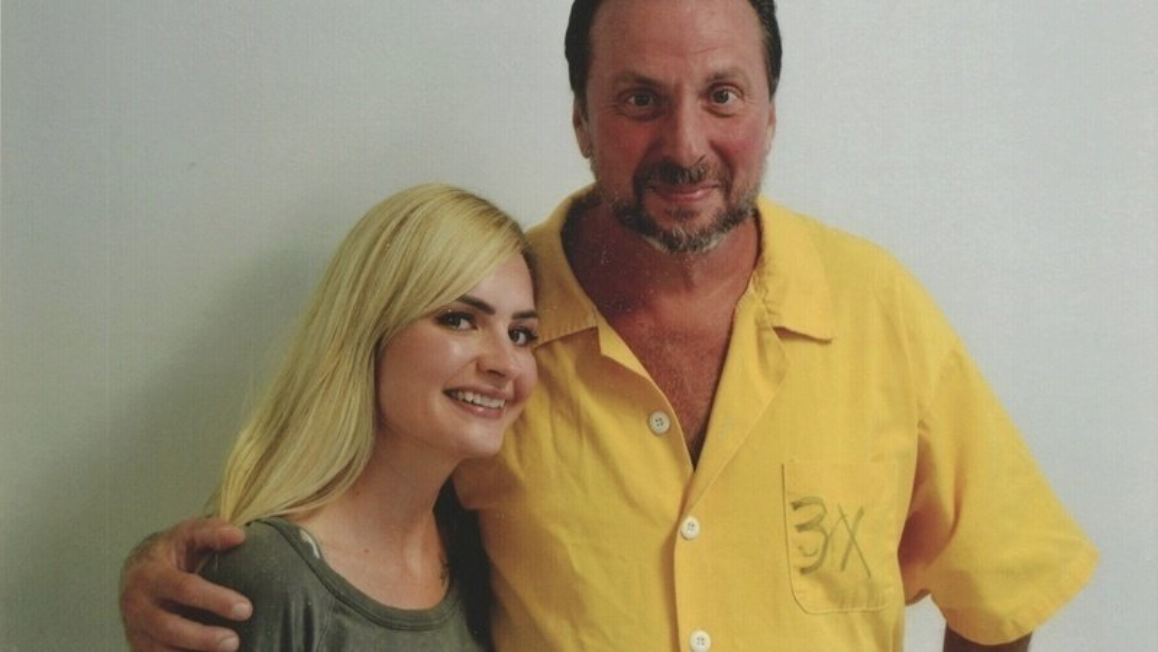 Craig Cesal with his daughter, Lauren

So how does watching the preparations for these executions feel from the perspective of my prison bunk? Today, I was denied insulin because I’m a lifer and staff, according to them, can make that decision. The guards broke another inmate’s arm, Shaq, and dislocated his shoulder this week because they believed he was intoxicated by an undetectable drug. I had part of my elbow broken by a guard in August of this year.

Because I’m a lifer, and the guard wanted to do it. The guards read all of our mail, and if they don’t like it, they throw it away. We don’t know if people don’t want to hear from us, or if the mail never got to them. We earn 70 cents hourly in the factory, only to have guards tear up and throw away the sweatpants and shoes we’ve saved for and purchased at the prison commissary. Some inmates get lethal injections from the guards.

Get this: I find myself jealous of someone sentenced to die by execution. Yes, when you look out from under the burden of a life imprisonment sentence, things look differently than they did previously. Instead of seeking a successful, comfortable life, I can’t help but covet a quick, painless death. Does this mean the War on Drugs is a failure or a success?

Non-murder federal violent crimes expose the offender to up to twenty-five years in prison. Non-violent drug and marijuana offenses should carry the same or less time, or our justice system should let the jury vote to quickly execute the marijuana conspirator. Marijuana offenders should not serve more time until death than multiple murderers, as I see directly in front of me.

Craig Cesal is serving a sentence of life without the possibility of parole in Indiana’s Terre Haute prison for a “marijuana” offense. He co-owned a towing company that recovered and repaired trucks for a rental company, some of which were used by smugglers to transport marijuana. He graduated from Montini High School in Lombard, Illinois in 1977. His daughter, Lauren, has obtained more than 300,000 signatures on a petition calling for clemency.