The House Foreign Affairs Committee wrote a letter Tuesday to White House Chief of Staff Mick Mulvaney, asking him to testify as part of the impeachment inquiry into the president.

The letter asks Mulvaney to appear Friday for a closed-door deposition in front of the Foreign Affairs, Oversight and Government Affairs, and Intelligence committees. 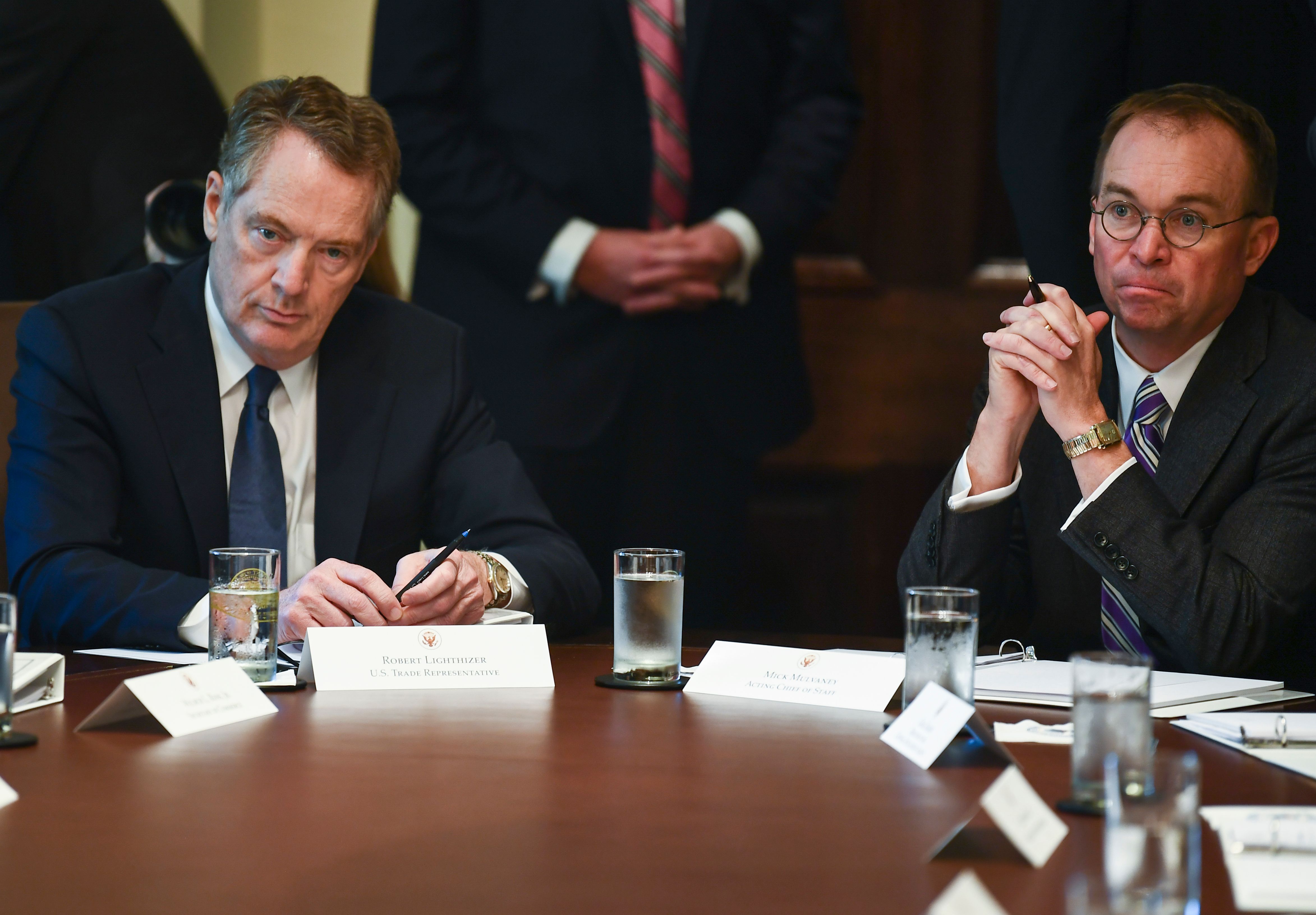 US Trade Representative Robert Lightener and White House Acting Chief of Staff Mick Mulvaney (R) listen during a Cabinet Meeting with US President Donald Trump at the White House on October 21, 2019 in Washington,DC. (Photo by BRENDAN SMIALOWSKI/AFP via Getty Images)

The committee also warned that if Mulvaney refused to appear, it would constitute “further evidence of obstruction of the House’s impeachment inquiry and may be used as an adverse inference against you and the President.”

Based on evidence gathered in the impeachment inquiry and public reporting, we believe that you possess substantial firsthand knowledge and information relevant to the House’s impeachment inquiry. Specifically, the investigation has revealed that you may have been directly involved in an effort orchestrated by President Trump, his personal agent, Rudolph Giuliani, and others to withhold a coveted White House meeting and nearly $400 million in security assistance in order to pressure Ukrainian President Volodymyr Zelensky to pursue investigations that would benefit President Trump’s personal political interests, and jeopardized our national security in attempting to do so.

“I am not part of whatever drug deal Sondland and Mulvaney are cooking up,” Bolton allegedly said.

Mulvaney previously came under fire, including from conservative allies, for a White House press briefing in which he appeared to admit that the administration orchestrated a quid pro quo with Ukraine. 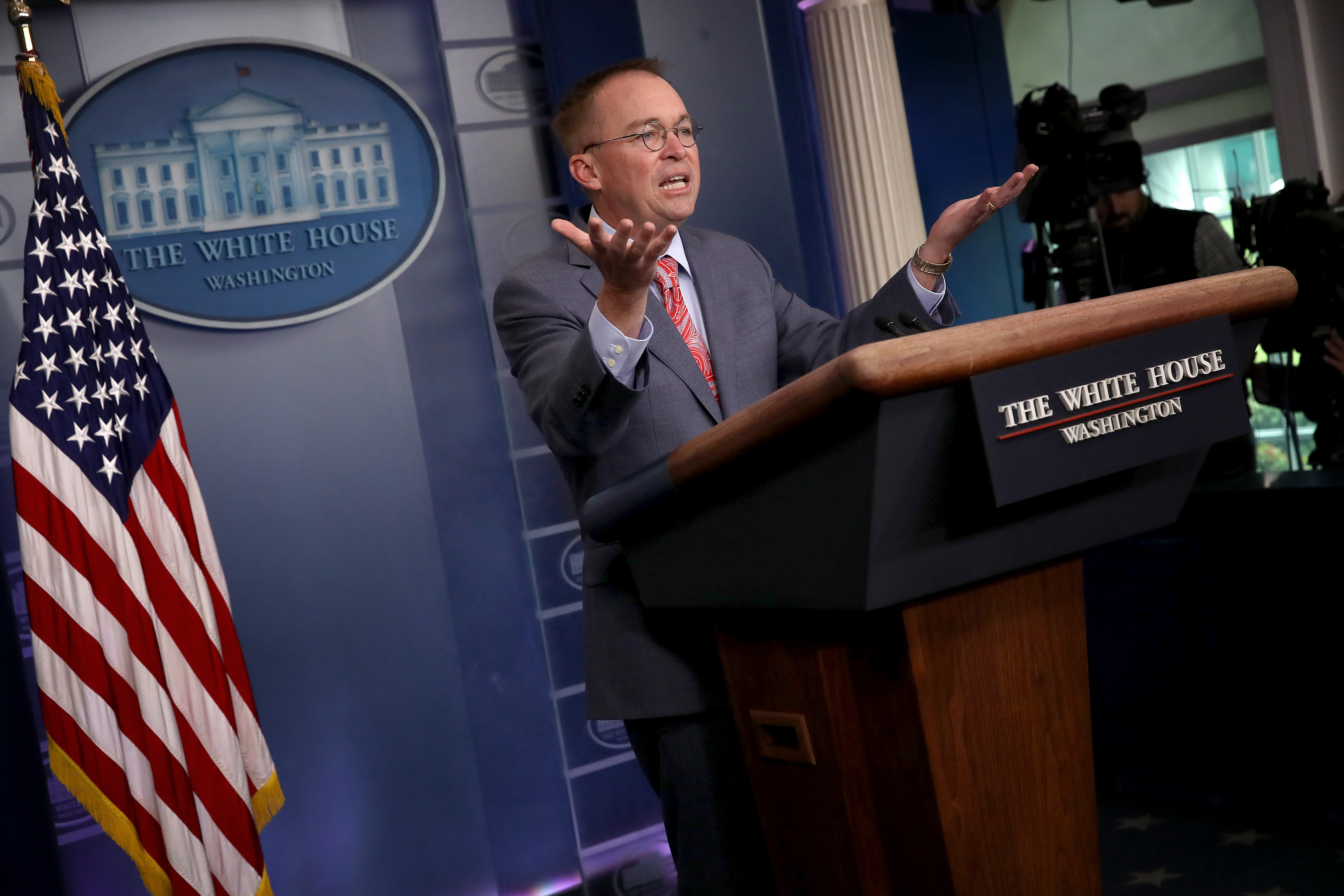 WASHINGTON, DC – OCTOBER 17: Acting White House Chief of Staff Mick Mulvaney answers questions during a briefing at the White House October 17, 2019 in Washington, DC. Mulvaney answered a range of questions relating to the issues surrounding the impeachment inquiry of U.S. President Donald Trump, and other issues during the briefing. (Photo by Win McNamee/Getty Images)

Mulvaney blamed the media for distorting his comments, wherein he said that Ukrainian aid was at least partially contingent on investigations into the missing Democratic National Committee (DNC) server from the 2016 election. (RELATED: Mick Mulvaney Says He Can See How People Took His News Conference The ‘Wrong Way’)