Fully 62% of President Donald Trump’s supporters are so committed to him that they would continue to stay in his corner no matter what he did, according to new poll released Tuesday.

The Monmouth University poll discovered just how polarizing Trump has become and how impeachment may have further solidified both support for and opposition to the president. Among those who approve of the president, the survey found that 62% of respondents were at a loss to think of “anything that Trump could do, or fail to do, in his term as president that would make [them] disapprove of the job he is doing.” 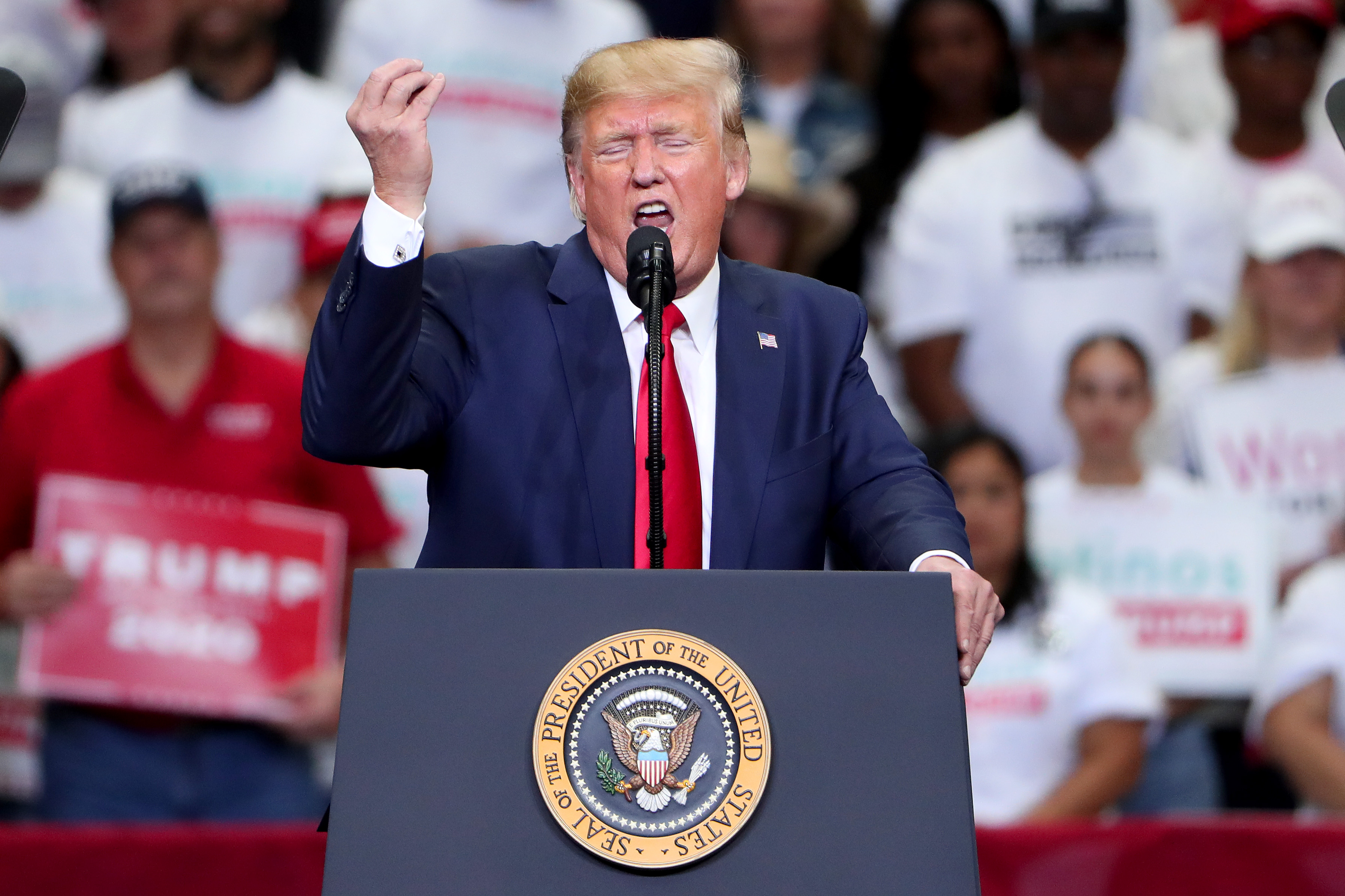 The poll indicated that loyalty to Trump among supporters is actually increasing, jumping 12% since January 2018 when Monmouth also asked the question of just how deep is the dedication of Trump voters.

Opponents of Trump are even more adamant in their dismissal of the president. 70% of those who disapprove of Trump said there is nothing that he can do to broaden his appeal to them. (RELATED: McConnell Says Impeachment By ‘Left-Wing Mob’ Stops With Senate Majority)

Overall, 43% of those who responded to the poll approved of Trump’s job performance while 51% did not. Those numbers did not differ from a September Monmouth poll.

The poll was released just as the House of Representatives has voted to proceed with an impeachment inquiry that has received no support from Republicans and near complete approval from Democrats.

Although Senate Majority Leader Mitch McConnell says he has “no choice” but to proceed with a trial if the House completes impeachment proceedings, Republican South Carolina Sen. Lindsey Graham says the upper chamber should flatly refuse to even consider impeaching the president because he says the process has been “illegitimate.” (RELATED: Speaker Nancy Pelosi Compares Impeachment To American Revolution)

“All I’m asking is give Donald Trump the same rights as Richard Nixon and Bill Clinton had when it comes to impeachment,” Graham said.

Those 908 adults surveyed responded to the poll questions over the phone between Oct. 30 to Nov. 3. The margin of error for the total sample is plus or minus 3.3 percentage points.