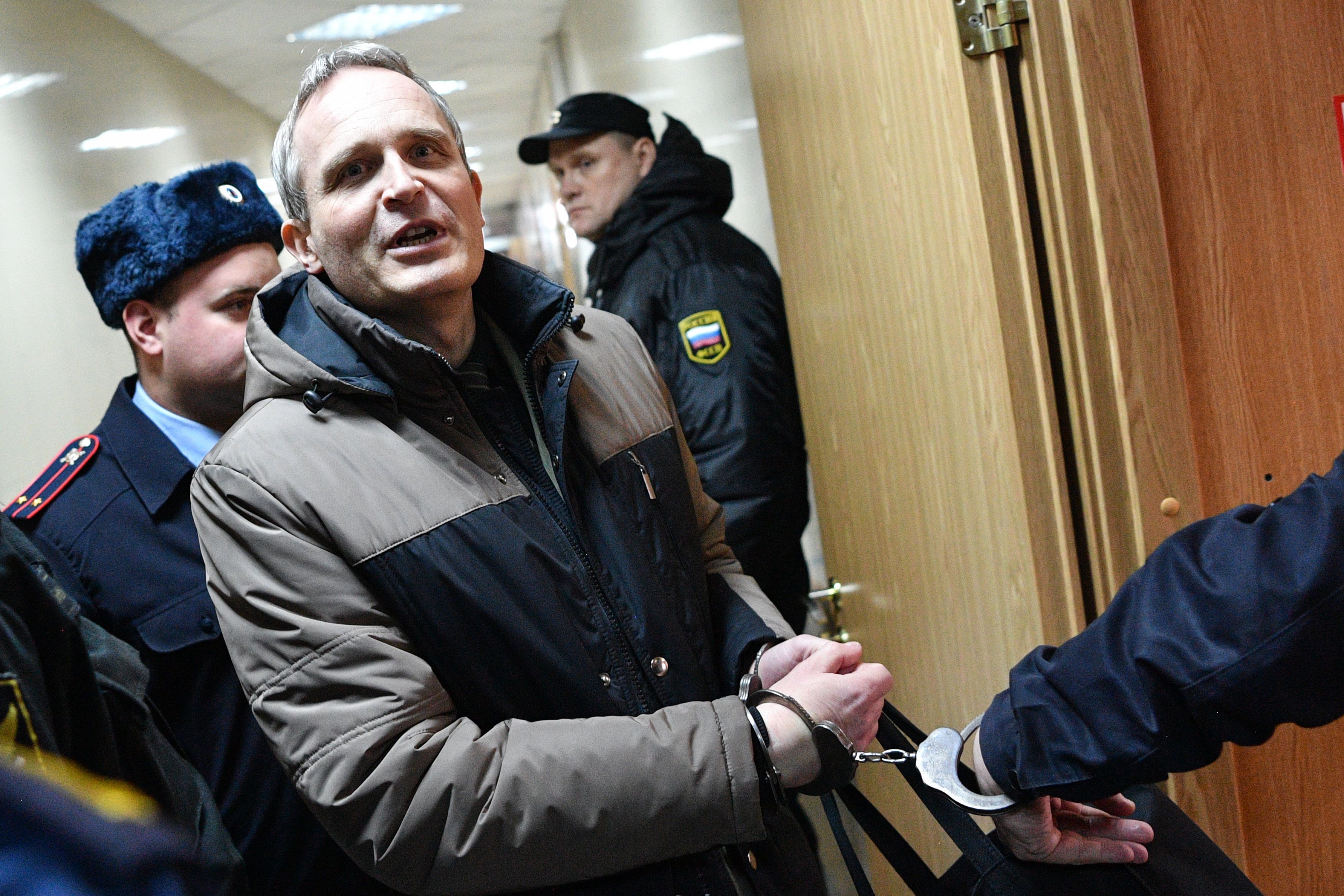 Dennis Christensen, a Danish Jehovah’s Witness accused of extremism, is escorted into a courtroom to hear his verdict in the town of Oryol on February 6, 2019.  (Photo credit should read MLADEN ANTONOV/AFP via Getty Images)

As of Nov. 5, there are 284 Jehovah’s Witnesses under investigation in Russia, Lopes told the DCNF: 46 of these members are in detention, 23 are under house arrest, 21 are under a ban on their activities, 105 are under recognizance, and 11 are convicted.

Danish builder and Jehovah’s Witness Dennis Christensen was sentenced to six years in prison in February for the same crime — about two months after Putin said persecution of Jehovah’s Witnesses was “complete nonsense.” Christensen’s lawyer said at the time that he feared the verdict would serve as a precedent for further persecution of religious minorities by the Russian government.

“It’s quite a severe sentence for a person who just read the Bible and expressed his religious views,” Sivulskiy said. “It’s too much.”

The spokesman added that people convicted of murder in Russia occasionally only receive four or five years in prison — sentences shorter than what Klimov and Christensen received.

But he said he does not know why the government persists in its persecution of Jehovah’s Witnesses.

This is not the first religious discrimination that Sivulskiy’s family has faced, he told the DCNF. He said Joseph Stalin sentenced his parents to Siberia in 1953.

“My family was discriminated against in the Soviet Union when my family was sentenced to Siberia for 15 years,” the Jehovah’s Witness spokesman said. “My father spent seven years in a labor camp in Maldovia, the famous Maldovia labor camps. My mom spent four years in prison.”

“The Soviet Union does not exist anymore, but we face discrimination again,” Sivulskiy added.