This post, which originally appeared at Liberty Nation, is featured here as a friend of the Daily Caller.

Donald Trump’s administration has filed an appeal with the Supreme Court, asking it to strike down California’s sanctuary laws. The United States seeks to enjoin the enforcement of three laws California enacted expressly to protect its residents from federal immigration enforcement. The laws limit cooperation between state and local police, and federal immigration enforcement, and the federal government. This case is on appeal from the 9th Circuit Court of Appeals, which ruled against the administration in June.

Remember, Remember The Fifth Of October

It was on Oct. 5, 2017, that Gov. Jerry Brown signed the trio into law, and the administration has been attacking those laws ever since. It first asked the District Court for a preliminary injunction against the laws when passed, and lost there, straight through to the Court of Appeals. The 9th Circuit Court of Appeals ruled against the administration in April. Then the government asked for a rehearing en banc. That would allow the case to be argued in full again, but instead of the three-judge panel, it would argue before a large panel of 11 judges.

The re-trial request was denied in June, and the administration got special permission from the Supreme Court to file a late appeal, which was granted. The justices will now consider whether they want to accept the case for briefing and arguments or let the lower court ruling stand. Under the current rules of the court, set by the court members themselves, four justices must agree to accept a case. 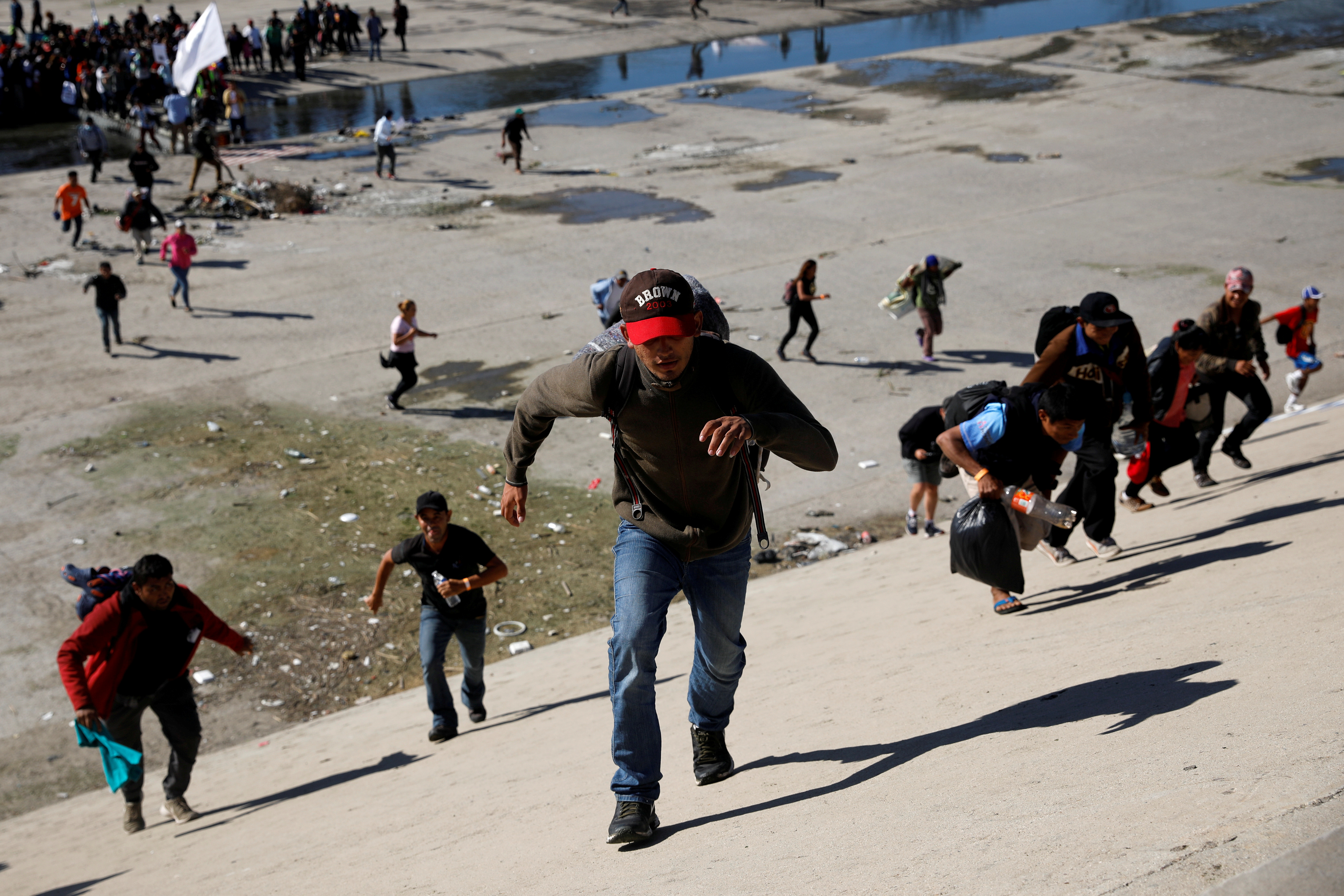 Migrants, part of a caravan of thousands traveling from Central America en route to the United States, run across the Tijuana river to reach the border wall between the U.S. and Mexico in Tijuana, Mexico, Nov. 25, 2018. REUTERS/Alkis Konstantinidis

The trio of California statutes at issue here are:

The last law mentioned, SB 54, covers the lion’s share of the 200-page appeal likely under the perception that it is the most vulnerable to challenge. That provision may pass in a twist of irony for those who have a sense of the history of the relationship between the federal government and the 9th Circuit. Derisively called the 9th Circus, that court has a history of approving expansive government powers, except those sought by the Trump administration. In this case, however, the usual dance partners are mixed up. As law professor Ilya Somin states, “[d]espite the liberal reputation of the Ninth Circuit, both Judge Milan Smith, author of the Ninth Circuit ruling, and the author of the district court opinion it largely affirmed, are conservative GOP appointees.”

The administration says that SB 54 is forbidden by a supreme federal law governing the relationship between local police and immigration authorities. U.S.C. §1373 says:

Somin argues that Murphy v NCAA, decided by the Supreme Court last year, will have a big impact on this case and a positive one for federalism. In the NCAA case, the court ruled that a federal law could not commandeer the regulatory power of state governments.

Like PASPA, Section 1373 is an “order” to state and local officials; it undermines states’ control over their governmental machinery and partially transfers it to the federal government. In this case, federal law prevents states and localities from directing their law enforcement officials to pursue state and local priorities rather than assist federal immigration enforcers.

Conservatives especially should be mindful that a result they approve of may come at the expense of a foundational principle they hold dear. While California’s laws in opposition to federal law in immigration seem wrong for a host of reasons, the consequences of how they are challenged may have wide-ranging consequences in other states for other issues. As Somin concludes, those “[c]onservatives who may cheer Trump’s efforts to coerce sanctuary cities may not be so happy when future Democratic presidents use similar tactics on issues such as gun control, education, or environmental enforcement.”