Extremists on Saturday protested in New York City over the price of mass transit and aimed their anger at the police who enforce the law.

The weekend protest encouraged people to “kill cops” and to avoid paying the $2.57 subway fare. Ocasio-Cortez tweeted her approval of the demonstration Saturday, comparing “mass incarceration” with enforcement of the fare.

“Arresting people who can’t afford a $2.75 fare makes no one safer and destabilizes our community,” she said.

Ending mass incarceration means challenging a system that jails the poor to free the rich.

Arresting people who can’t afford a $2.75 fare makes no one safer and destabilizes our community.

New Yorkers know that, they’re not having it, and they’re standing up for each other. https://t.co/asvidIe5zV

“What do you make of a sitting member of Congress endorsing the punch-a-cop movement?” Carlson asked him.

“Disgusting. I’m all for the First Amendment. People should express themselves. But when you are talking about encouraging people to commit crimes, particularly striking police officers, that’s outrageous,” said Murray.

The candidate identified himself as a “more conservative Democrat … I am the law and order candidate fighting against Melinda Katz … who has endorsed all of this progressive criminal justice reform that Mayor [Bill] de Blasio has been trying to ram down our throats.” (RELATED: Alexandria Ocasio Cortez: ‘Green New Deal Is About Social Justice’)

Carlson noted, “Yeah. I mean this doesn’t seem like reform. What happens when lawmakers like Alexandria Ocasio-Cortez encourage people to, quote: Punch a cop. Where does that wind up?”

“It’s anarchy,” Murray responded. “That’s where we are going with this. We have a social contract that we, as the citizens, have elected officials who enact laws and that’s why we elect our chief executives to enforce the laws. This is the social contract that civilization is based on. When you want to do it away with that. That’s anarchy, absolutely insane.” 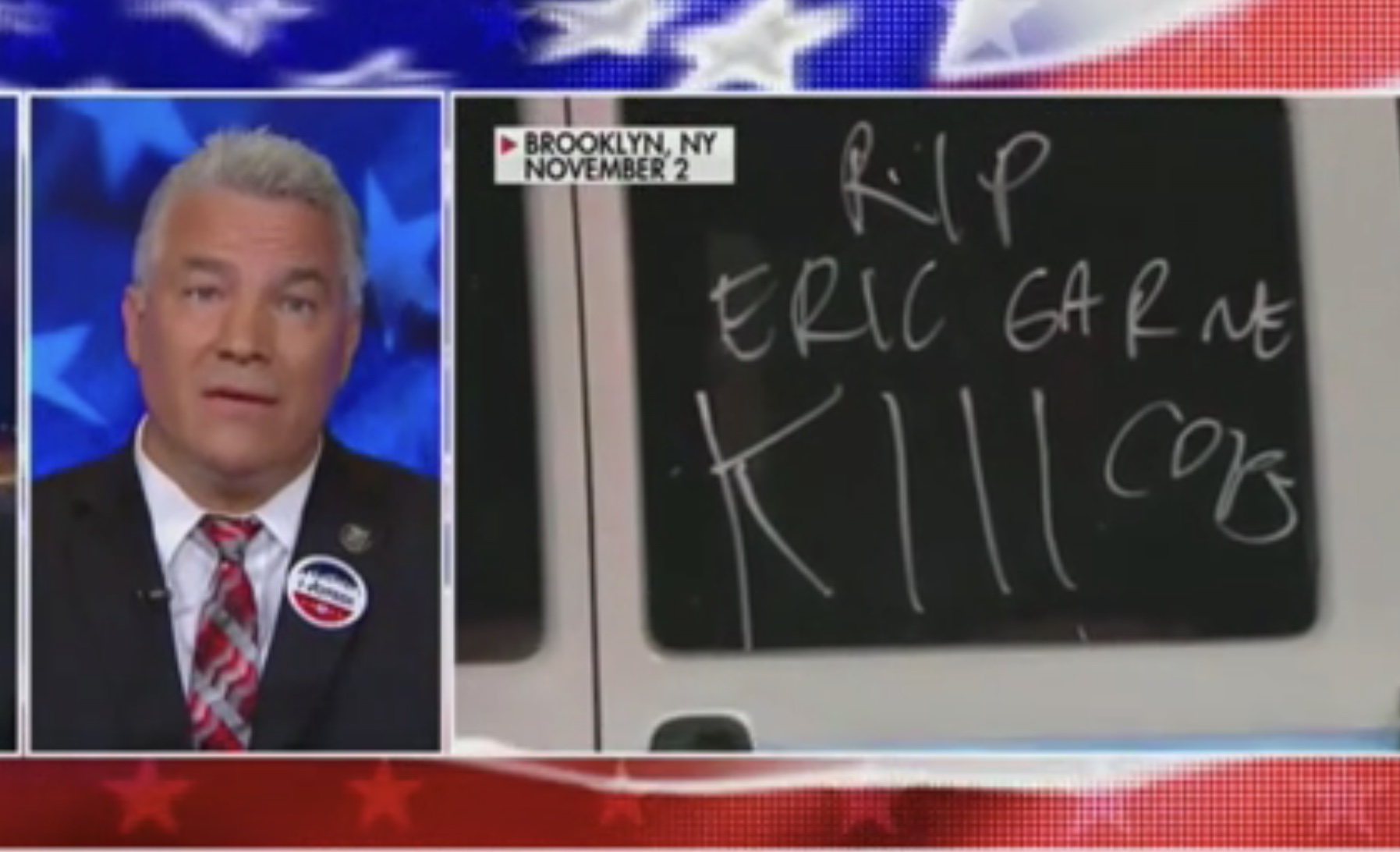 Carlson suggested that if a “lawmaker” like Ocasio-Cortez is “endorsing violence against people enforcing the law, then it doesn’t take too long before things fall completely apart, right?”

Murray agreed, observing that congressional representatives should behave like “role models” but that Ocasio-Cortez’s example “is not what we want our kids to look at and emulate.”

Carlson wondered if the congresswoman “applies the same standards to her own neighborhood” — either in Queens or in the tony part of Washington, D.C. where she lives in an upscale apartment. Just last month, the Democratic socialist member of the leftist “squad” said America “needs to have a conversation” about abolishing prisons.

OPINION
1
Why Have The American People Decided To Throw Out Their Political Leaders And Start Over?
Politics
2
How Trump Could Hand The 'America First' Agenda To Bernie Sanders
American Renewal
3
Leftists Keep Faking Hate Crimes. Here's A List Of The Most Egregious Hoaxes
Politics
4
Where Is Ghislaine Maxwell, Jeffrey Epstein's 'Madame,' And Why Isn't The Media Reporting On Her?
Media
5
Democratic Superdelegates Say They're Willing To Prevent Sanders From Becoming The Nominee
Politics