The lead Republican attorney in the Trump impeachment inquiry inserted the name of the alleged CIA whistleblower during a line of questioning with Bill Taylor, the acting ambassador to Ukraine and a key impeachment witness for Democrats.

According to a transcript of Taylor’s deposition, which House Democrats released Wednesday, Republican counsel Steve Castor asked the diplomat whether he knew the individual who is rumored to be the whistleblower. (RELATED: House Democrats Release Bill Taylor Deposition)

Taylor said he did not recognize the name mentioned to him, and does not recall having contact with the person.

The Daily Beast, which first spotted the question to Taylor, previously reported that Republicans had mentioned the name of the rumored whistleblower during depositions with impeachment witnesses. 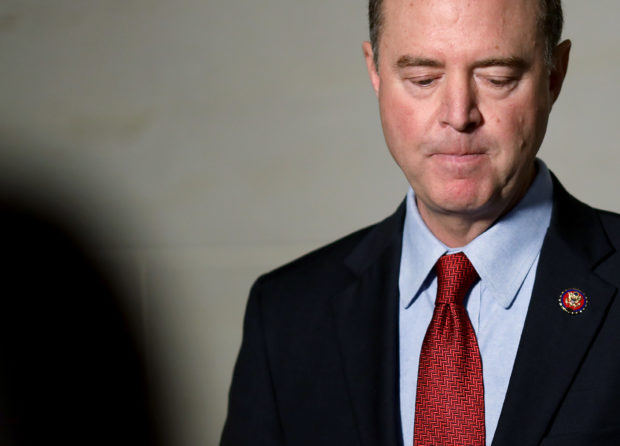 Rep. Adam Schiff, chairman of the House Select Committee on Intelligence Committee speaks at a press conference at the U.S. Capitol on Oct. 8, 2019 in Washington, D.C. (Win McNamee/Getty Images)

Internet sleuths have keyed in on one individual as the possible whistleblower, whom The New York Times identified as a CIA analyst. The whistleblower filed a complaint with the Intelligence Community Inspector General on Aug. 12 regarding President Donald Trump’s actions toward Ukraine.

The name of the alleged whistleblower has floated around for weeks on social media, and some news outlets, including Real Clear Investigations, Breitbart and the Washington Examiner, have published a name. The Daily Caller News Foundation has not independently verified the identity of the whistleblower and is not following suit.

Trump has called on media outlets to identify the whistleblower, whom he accused of making false representations about a phone call with Ukraine’s president that is at the center of the complaint. Kentucky Sen. Rand Paul and Donald Trump Jr. have circulated some of those stories on social media, drawing a harsh rebuke from the whistleblower’s lawyers.

Bakaj, a former CIA officer, said Tuesday that Paul would be “personally responsible” if the whistleblower is harmed.

Let me be absolutely clear: @RandPaul will be personally responsible for anything harmful that happens. https://t.co/c5ViHdF3AP