Mexican authorities said they have arrested one suspect in connection to the killing of nine women and children traveling near the U.S.-Mexican border.

The Ministerial Agency for Criminal Investigations, a Mexican federal agency tasked with combating organized crime, announced on Tuesday that it has detained one person believed to be involved in the massacre of nine people who were driving through the Mexican state of Sonora, according to a CNN report.

The suspect, who has yet to be identified, was holding two bound and gagged hostages in Sonora before authorities made the apprehension. The agency noted that the suspect was also in possession of numerous large-caliber weapons and lots of ammunition at the time of his arrest.

The arrest comes after a Mormon family was ambushed while traveling between the Mexican states of Sonora and Chihuahua on Monday. While driving in three separate vehicles, the group was suddenly ambushed by gunfire. A relative of some of the victims said there were two separate attacks, and likely carried out by the same cartel.

Survivors have since illustrated horrific details of the massacre. 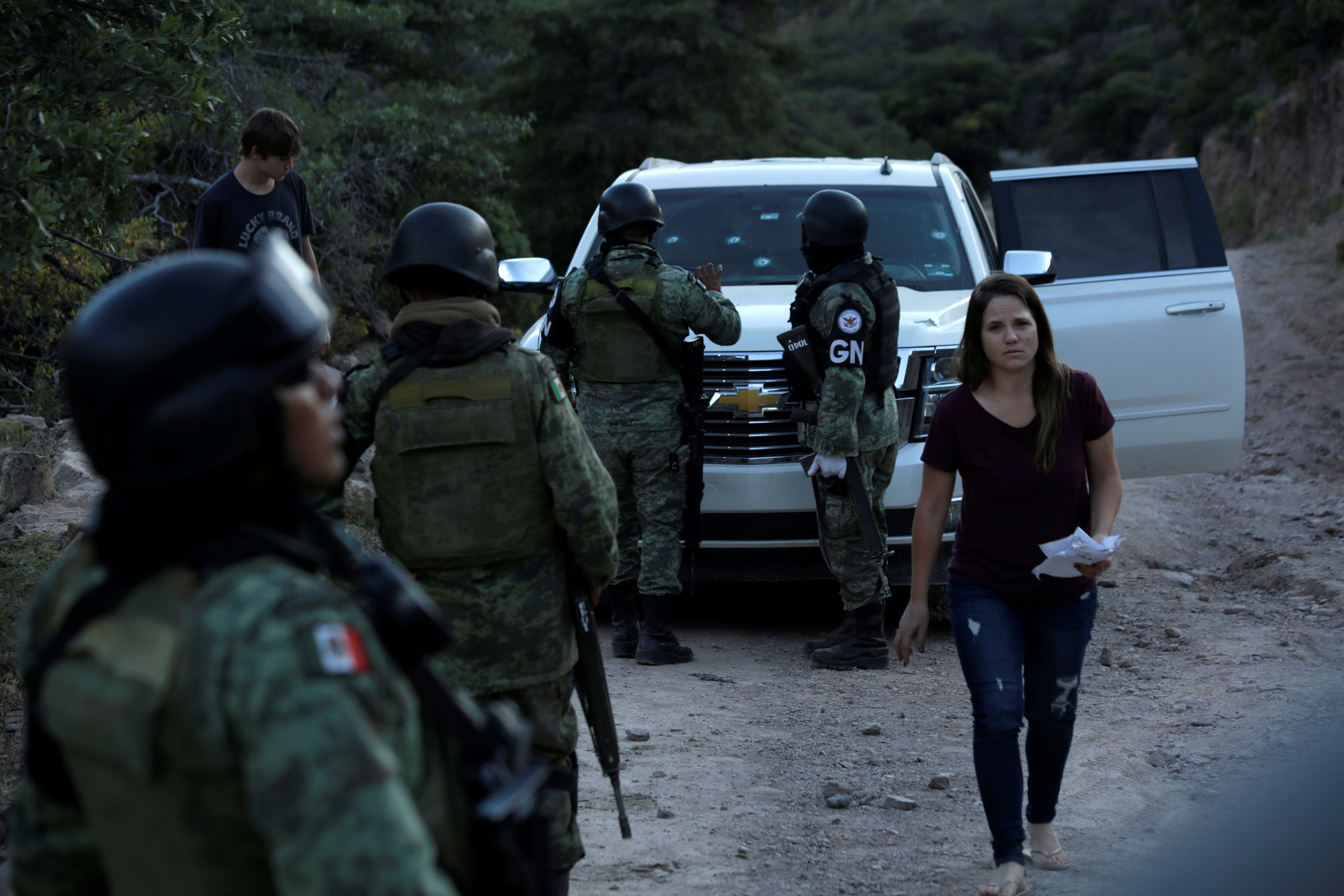 Soldiers assigned to Mexico’s National Guard stand by a bullet-riddled vehicle belonging to one of the Mexican-American Mormon families that were killed by unknown assailants, in Bavispe, Sonora state, Mexico November 5, 2019. REUTERS/Jose Luis Gonzalez

Many family members died of gunfire, while others were trapped inside a flaming vehicle. One child who tried running away was gunned down by the assailants. One mother reportedly hid her baby on the floor of her car and exited the vehicle, waving her arms in front of the attackers to show she wasn’t a threat — her bullet-ridden body was later found near the SUV.

In a notable example of courage, eight children — some of whom were infants — not only survived the ambush, but were able to escape the gunmen by hiding in nearby brush. Some of them walked miles to seek help, despite bullet wounds to their bodies.

The victims were members of a breakaway sect of the Church of Jesus Christ of Latter-day Saints, a fundamentalist group that still practices polygamy. They are descendants of former LDS church members who fled the U.S. over the church’s polygamy ban in the 19th century.

It’s still not immediately known why the family was attacked. Authorities suspect the event may have been the result of mistaken identity — cartel members misidentifying their large vans for a rival cartel. Others suspect the family, which has had run-ins with Mexican drug cartels in the past, may have been specifically targeted. (RELATED: Trump Warns US May Be Ready To ‘Wage WAR’ On Mexican Drug Cartels)

Cesar Peniche Espejel, the attorney-general of Chihuahua, confirmed the Tuesday arrest, but said more details need to be confirmed.

“We are waiting for some more intelligence in order to issue an official statement,” Peniche Espejel said.