Americans paid a total in September of $7.1 billion on all tariffs and $4.1 billion on tariffs the Trump administration implemented, according to data anti-tariff campaign Tariffs Hurt the Heartland and consulting firm The Trade Partnership released Wednesday.

Tariffs on $112 billion worth of mostly consumer goods called List 4A went into effect in September, which forced American businesses to pay an additional $905 million, the campaign noted.

“Imagine you’re running a business, and all of a sudden, your cost of goods — overnight — goes up 15%. … We made the decision not to raise our prices and scale back marketing instead and some other things, but it’s not sustainable. If the tariffs stay, we will need to raise our prices,” homemade speaker company SVS Sound Revolution President Gary Yacoubian told the Daily Caller News Foundation.

Yacoubian said the List 4A tariffs caught him and his business completely off guard in September.

He added that there are two main false narratives being pushed in regard to tariffs. The first is that Chinese factories will pay for tariffs. Yacoubian said it’s not the Chinese who will bear the brunt of the tariffs; U.S. consumers will be most negatively impacted due to increasing prices. 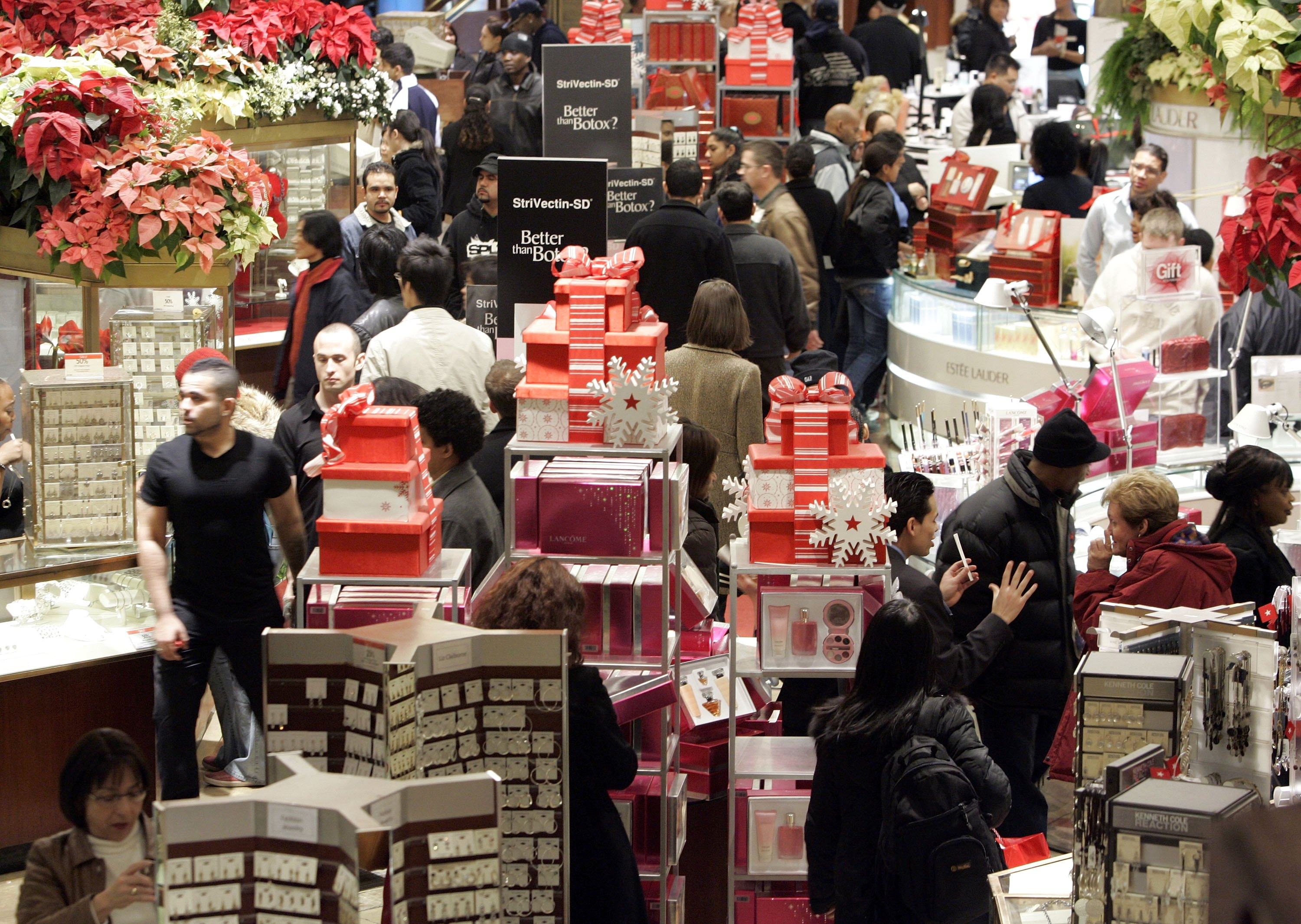 “Pretty much all of our competitors have announced price increases in the 10% to 20% range, so consumers are paying for this. There was an attempted narrative that was hoisted onto the American public that the Chinese factories would pay these tariffs, but I’ve heard no comments by anyone that their factories have paid for their tariffs,” he said.

Jonathan Gold, spokesman for Americans for Free Trade, a coalition of businesses and individuals in favor of free trade, similarly said U.S. consumers are paying the tariffs rather than China. (RELATED: Who Is Winning The Trade War — The US Or China?)

“This data offers concrete proof that tariffs are taxes paid by American businesses, farmers and consumers — not by China. This is why removing tariffs must be a part of the phase one deal,” Gold said in a statement in reference to a potential deal Trump and Chinese officials negotiated on Oct. 11.

The first phase of the deal, which is expected to decrease tariffs on both countries and address concerns regarding intellectual property theft and financial services, was expected to be signed in November, but a senior administration official told Reuters Wednesday that phase one could be pushed back until December.

“Unfortunately, while the trade negotiations are an encouraging sign, reports indicate the phase one deal being discussed does not address these tariffs that are already in place that have cost Americans $38 billion. Until all tariffs are removed, they will continue to do significant damage to American consumers, businesses and farmers,” Gold continued in his statement.

Yacoubian said the second false narrative is that tariffs will bring manufacturing jobs back to the U.S. 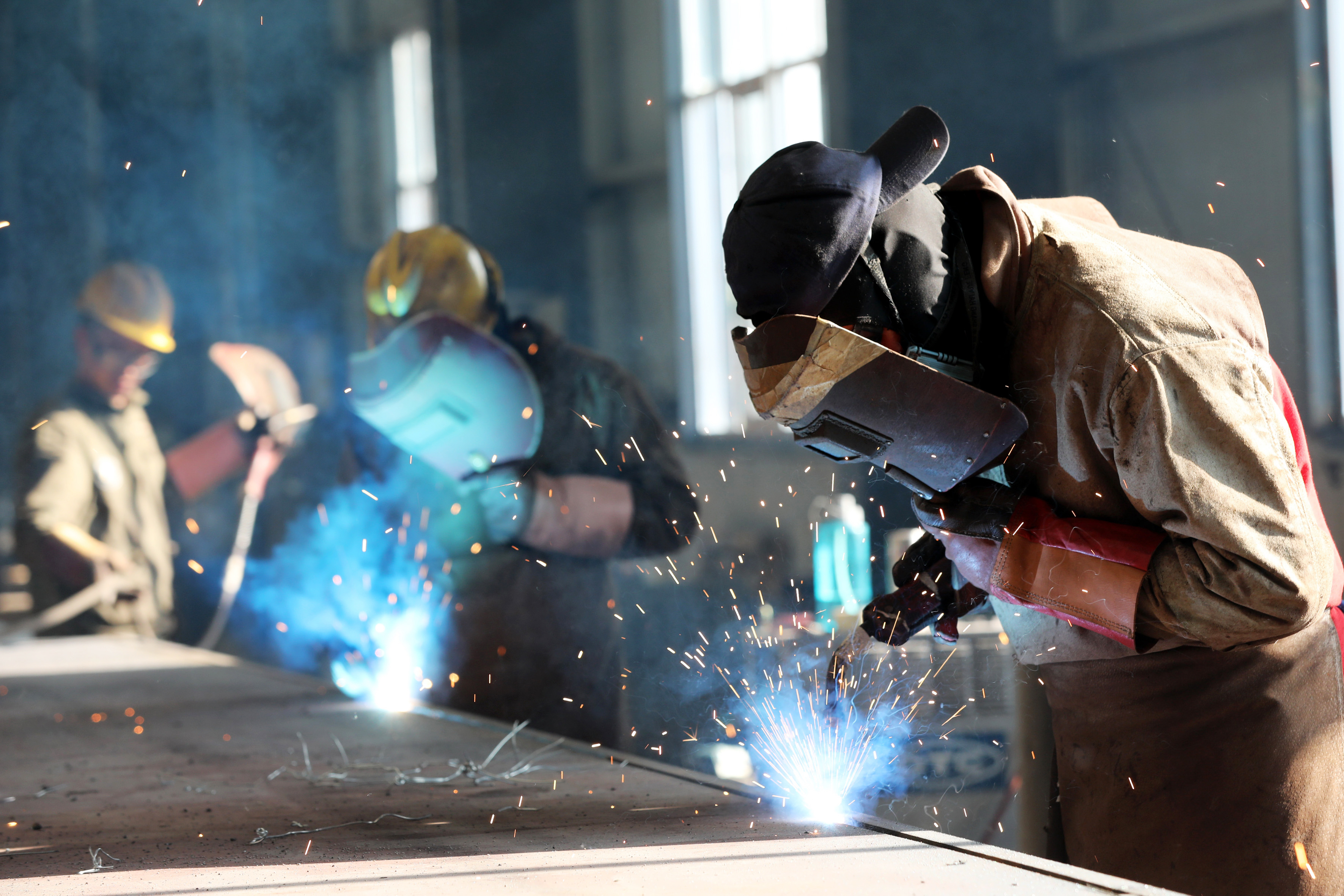 This photo taken on May 3, 2018 shows a worker cutting steel at a factory in Huaibei in China’s eastern Anhui province. (AFP via Getty Images)

“China has a lot of the supply chain, so you can’t just pick up and move to the U.S., and very frankly, most of the alternatives are still outside the U.S. They aren’t going to bring U.S. jobs. They might bring jobs to Vietnam or the Czech Republic, but not to the U.S. — at least not any time soon,” he explained.

Yacoubian added that after moving all of his company’s manufacturing to China eight years ago allowed it to become more competitive. Now, he has “approximately six times the number of U.S. workers making twice as much today as they were eight years ago,” he said, and SVS’s “sales rate is approximately 10 times higher than it was before” he moved manufacturing to China.

Forty percent of SVS’s business “is outside of the U.S. now,” he explained, adding, “We’re bringing money back into the United States, and our No. 1 market outside of the U.S. — guess what — it’s China. So, to me, there’s a win-win there that doesn’t get talked about.”

Brian Kuehl, executive director of the nonprofit free trade group Farmers for Free Trade, expressed optimism for phase one of Trump’s trade agreement with China but similarly said in a statement that it’s going to be “tough” to dig the U.S. out of the “hole the trade war has created.”

“While it’s encouraging that phase one talks are progressing, two years of economic pain won’t be undone by one-time purchases or partial deals,” Kuehl said, likely referencing the president’s assertion that China agreed to buy “$40 to $50 billion worth of agricultural products” when he announced the tentative trade agreement in October. 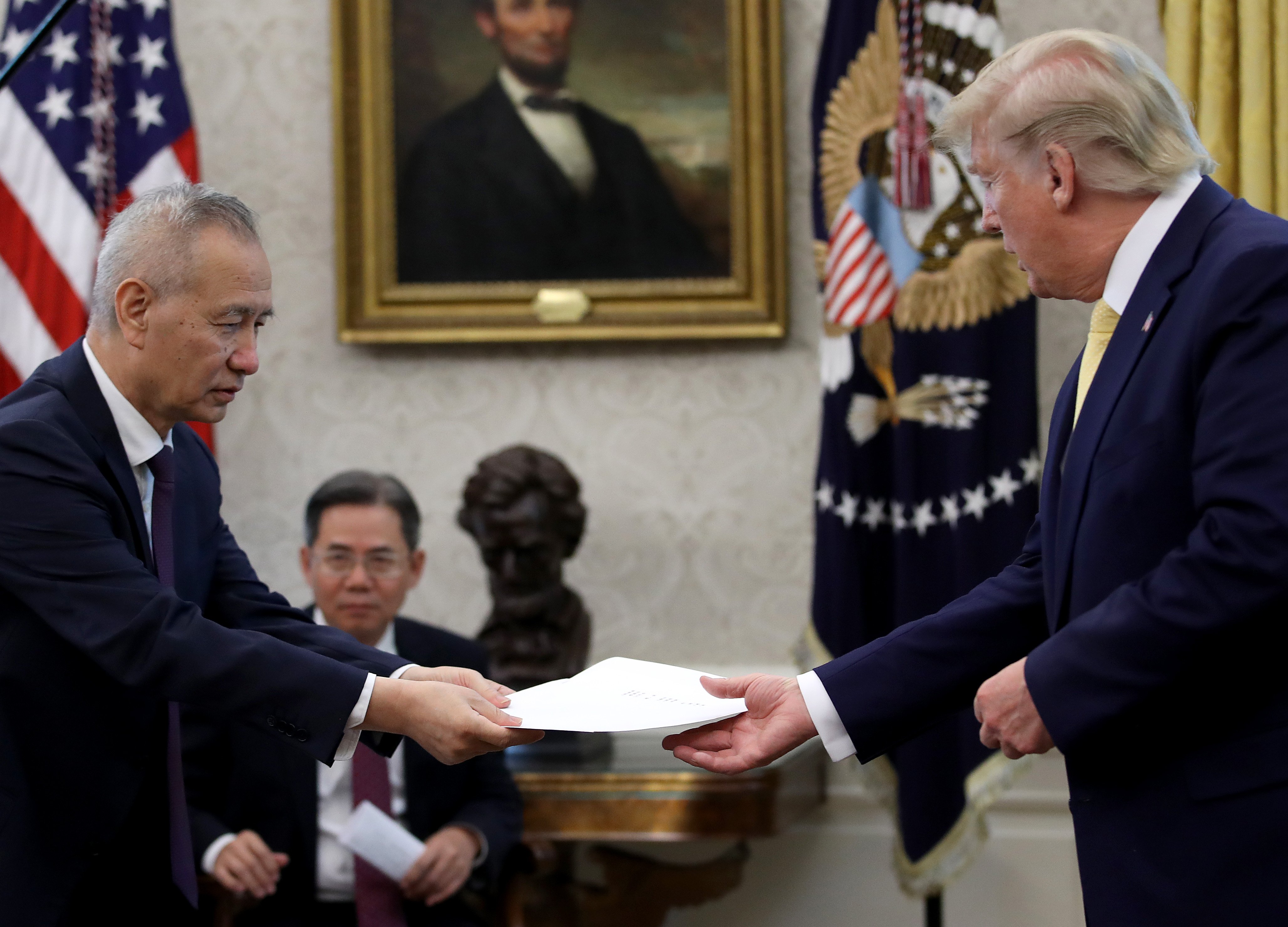 Chinese Vice Premier Liu He presents U.S. President Donald Trump with a letter from Chinese President Xi Jinping after Trump announced a “phase one” trade agreement with China in the Oval Office at the White House Oct. 11, 2019 in Washington, D.C. (Photo by Win McNamee/Getty Images)

“The true test of any deal to end the trade war will be whether the tariffs are fully rolled back. American farmers are the ‘show me’ type, and they are still waiting to see a deal that actually ends the economic pain they are feeling,” Kuehl continued.

Before the tentative trade agreement between the U.S. and China was agreed upon, the U.S. had been steadily increasing tariffs on China since about February 2018. (RELATED: The Threat From China Means Conservatives Must Rethink Industrial Policy)

Yacoubian said he thinks there is “an eagerness to make a deal,” adding that he is “hopeful that something will happen before the first of the year,” but he doesn’t have any factual information to prove that such an outcome is possible.