The Vermont senator spent $1.3 million on TV ads in Iowa in October and put $1 million toward TV ads in New Hampshire that will appear starting Thursday, the Times reported.

Sanders’s campaign also plans to put tens of millions more toward TV ads between now and March in key states such as Iowa, New Hampshire, Nevada and South Carolina, as well as California, according to the Times.

The $30M+ Sanders TV push comes after he has opted out of the big Iowa cattle-call events, forgoing chances to have his people reach out to certain caucusgoers.

Instead the plan is to try to reach new participants on TV and expand the electorate. https://t.co/Z4f72WCwXb

“He brings regular people into the process who are not currently participating,” Sanders adviser and TV strategist Jeff Weaver told the Times. “You need to be reaching people in a nonpolitical space. To find people who are not going to caucus, you have to be in spaces where they are, and that’s on television.”

“They’re doing very well with younger voters,” Trippi said in reference to Sanders’s campaign team. “He’s going to break out among older voters who are not with him, and that’s a TV audience.”

The Vermont senator is targeting most of his Facebook ads toward men ages 13 through 44, the Times reported on Oct. 14. (RELATED: Here’s How Much The 2020 Candidates Are Spending On Facebook Ads And What Demographics They’re Targeting)

“There’s a reason why they’re called ‘Bernie Bros,'” Democratic pollster Jefrey Pollock, a former campaign adviser to Democratic New York Sen. Kirsten Gillibrand, told the Times. “Nothing about him targeting younger men is surprising to me.” 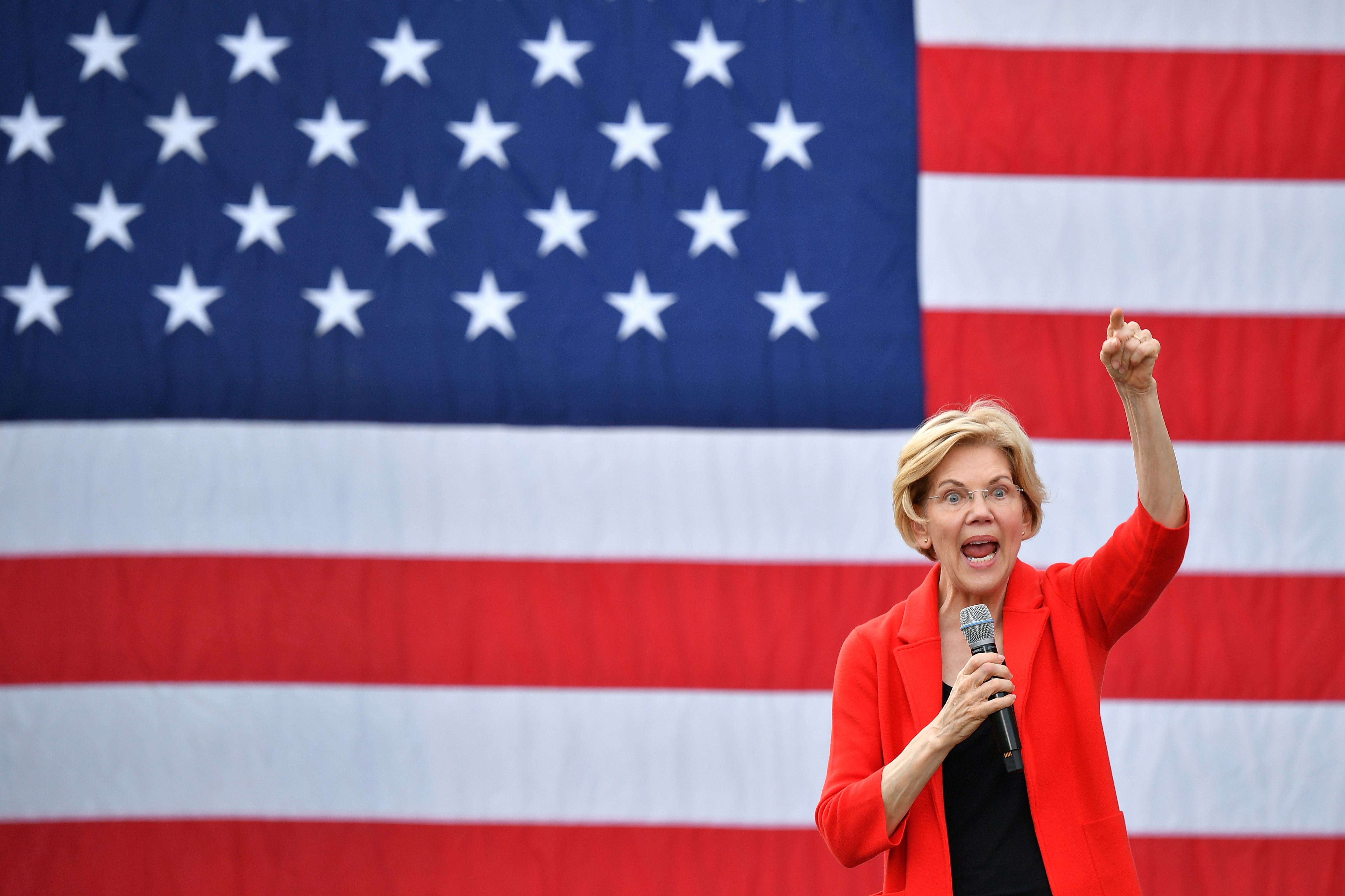 Democratic presidential candidate Elizabeth Warren gestures as she speaks during a campaign stop at George Mason University in Fairfax, Virginia on May 16, 2019. (Photo by MANDEL NGAN / AFP via Getty Images)

Warren spent $27,000 to air her first 2020 TV ad in October, according to media tracking company Advertising Analytics, the Times reported.

Billionaire Tom Steyer — while not polling as high as Warren, Biden or Sanders — has spent the most on both TV and digital spending than any other 2020 candidate so far, according to FiveThirtyEight data.

Steyer spent $12 million on TV and digital ads in six weeks over the summer, the Times reported on Aug. 27.

The majority of voters, 55%, think a new president should take office in 2020, and Sanders has 41% favorability for that title, after Biden with 43% favorability and Warren with 42%, according to a Monmouth poll released Wednesday that surveyed 835 registered voters and has a margin of error of plus or minus 3.4 percentage points.