Two Iowa politicians told The Associated Press on the record that they received financial offers from a Steyer aide in an effort to entice them to support the billionaire’s White House bid. One of the politicians named Pat Murphy, a former state House speaker, as the Steyer aide who made the offer. Several other state lawmakers who spoke anonymously with the AP said Murphy offered them campaign cash for their endorsement.

“It was presented more as, he has provided financial support to other downballot candidates who’ve endorsed him, and could do the same for you,” said Democratic Iowa state Rep. Karin Derry of her conversation with Murphy.

Former Democratic state Sen. Tom Courtney also told the AP that he received a financial offer from a Steyer aide but did not identify the individual who made the offer. (RELATED: Tom Steyer Staffer Stole Kamala Harris Voter Data, Dem Party Officials Say)

“Tom, I know you’re running for Senate. I’m working for Tom Steyer,” Courtney recalled of his conversation with the aide. “Now you know how this works. … He said, ‘You help them, and they’ll help you.'”

“I said, ‘It wouldn’t matter if you’re talking monetary, there’s no amount,'” Courtney said. “I don’t do that kind of thing.”

The offer “left a bad taste in my mouth,” Courtney said. 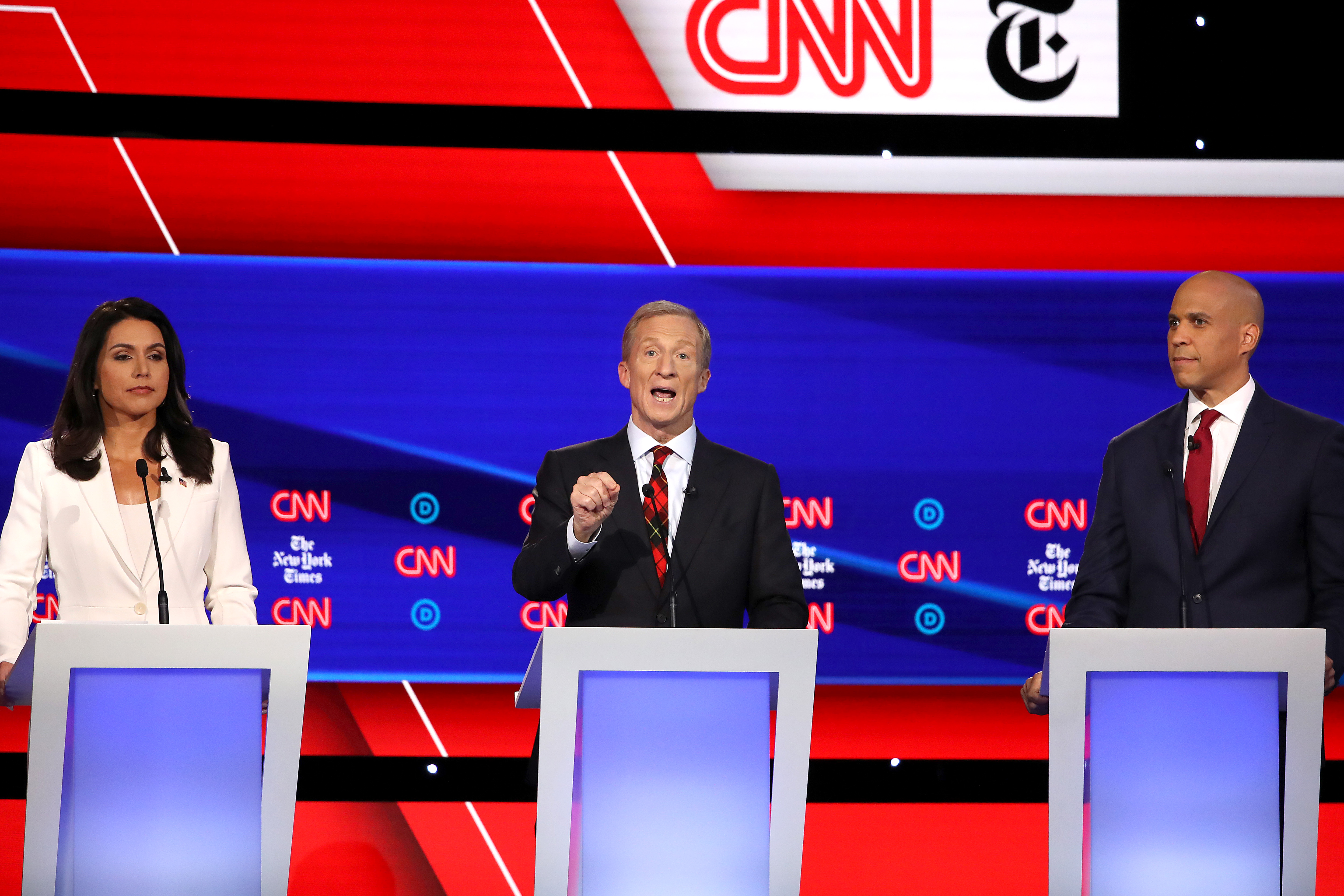 “Our campaign policy is clear that we will not engage in this kind of activity, and anyone who does is not speaking for the campaign or does not know our policy,” Lammers said.

Steyer has been accused of using his wealth to gain an unfair advantage in the Democratic primary. He’s dumped nearly $48 million of his own money into his campaign since announcing his bid in July.

The Steyer campaign did not return the Daily Caller News Foundation’s request for comment.