A Hong Kong university student died Friday after falling in a parking garage during violent clashes between protesters and police, the region’s Hospital Authority said.

Chow Tsz-Lok, 22, fell from the third floor to the second floor of a garage Monday in the Tseung Kwan O district after law enforcement fired tear gas at protesters and suffered a severe head injury, The Associated Press reported Friday.

Protesters are blaming the Hong Kong police for the death of 22-year-old Chow Tsz-lok (#周梓樂) who fell in a parking garage near a protest #HongKongProtests #香港 pic.twitter.com/3ZDXX1N35f

“The police … stated earlier that they attach great significance to the incident and the crime unit is now conducting a comprehensive investigation with a view to finding out what happened,” the spokesperson added.

Police say they believe Chow, a computer science student at the Hong Kong University of Science and Technology, plunged from the third floor of the garage, and while they have not ruled out the possibility that the 22-year-old could have been running from tear gas, they maintain that law enforcement fired from a distance, according to AP.

University of Science and Technology students mourned Chow’s death. The university canceled a graduation ceremony scheduled for 3 p.m. Friday, the graduation organizing committee said in a statement, saying the school is “struck with grief.” 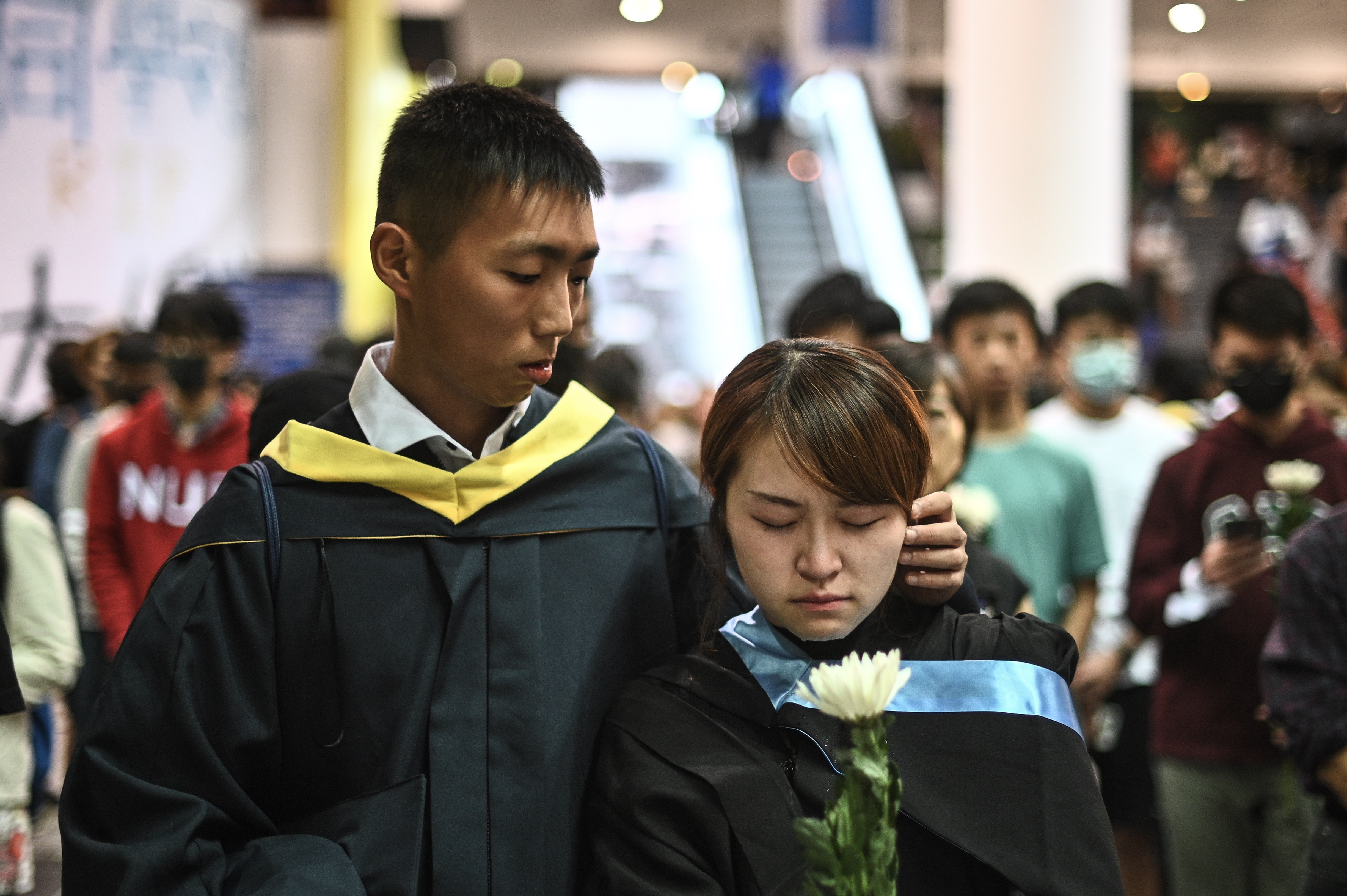 Students take part in a vigil at the Hong Kong University of Science and Technology (HKUST) in Hong Kong on Nov. 8, 2019 for student Alex Chow, 22, who died earlier in the day after he was taken unconscious to hospital early on Nov. 4 following late-night clashes between police and protesters. (PHILIP FONG/AFP via Getty Images)

Protesters vandalise a cafeteria at Hong Kong University of Science and Technology, hours after learning about the death of HKUST student Chow Tsz-lok. He died on Friday after a fall in a car park on Monday during a police dispersal operation.

The 22-year-old’s death comes after a Hong Kong police officer shot an 18-year-old student on Oct. 1 during a protest against China’s celebration of 70 years under communism, according to The New York Times.

A since-withdrawn extradition bill that would have sent Hong Kong residents convicted of crimes to mainland China for trial sparked protests across Hong Kong that have been ongoing since June.

The bill was one of five demands made by Hongkongers who have kept the protests going. The other four include Chief Executive Carrie Lam’s resignation, an inquiry into police brutality, the release of those who have been arrested and more democratic freedoms, according to CNN.