Gabbard, who is a senior and represented by the Alliance Defending Freedom (ADF), submitted the information required by Gulf Coast High School to form the pro-life club Sharks 4 Life on Aug. 8, according to a November letter ADF sent to the Collier County Public School Board. Sharks 4 Life would be affiliated with the nationwide pro-life organization Students for Life.

But Gulf Coast High School “has been and is ready to open the club,” according to Chad Oliver, executive director of communication and community engagement for Collier County Public Schools. (RELATED: Klopfer’s Former Patients Speak Out Against Abortion Doctor Who Hoarded Over 2,000 Fetal Remains, Telling Stories Of Fear And Violence)

“The Principal will be reaching out to students interested in forming the Sharks 4 Life Club on Monday and finding a sponsoring faculty member,” Oliver told the DCNF.

“The club was never refused or denied,” Kupiec told the DCNF. “Again, we are ready to open the club and will be in search of a faculty sponsor.”

Gabbard pushed back and said if the school had recognized the club, “we wouldn’t have taken the action we did.” (RELATED: Catholic Bishops Have Said These Politicians Should Not Receive Communion Because Of Their Abortion Stances)

Gabbard reiterated that she has been working for several months to start a Sharks 4 Life club at Gulf Coast High School, but that the school told her the club was too political and controversial. Gulf Coast High School “has refused to approve it for over three months,” Gabbard told the DCNF in a statement.

“The fact of the matter is that Sharks 4 Life is not recognized by the school, and we are not able to reserve space, participate in school events, or otherwise act as a full club,” Gabbard said. “We hope the school will recognize Sharks 4 Life and change their policies to allow students to form clubs to support the issues students care about.” 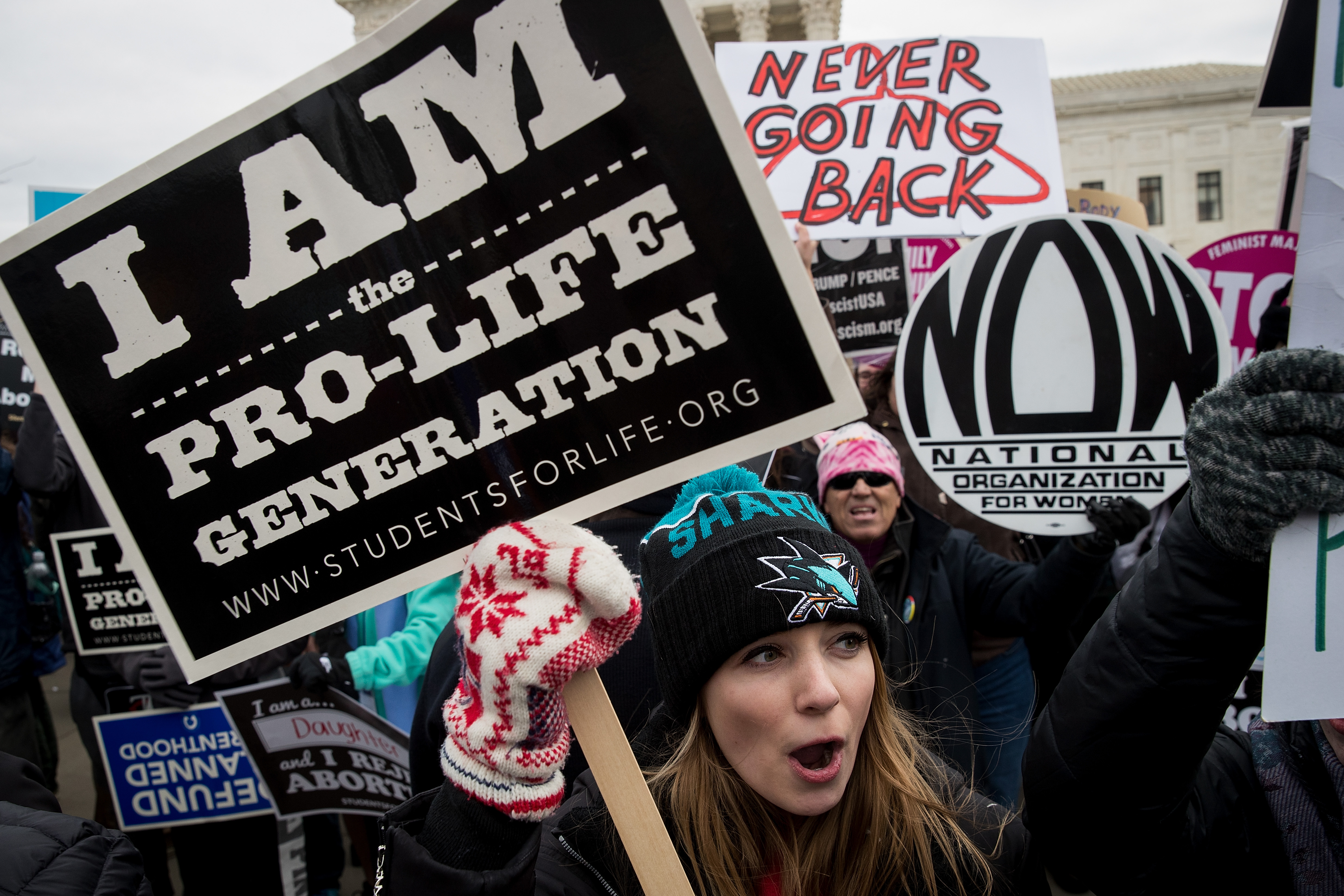 Pro-life advocates and pro-abortion advocates rally outside of the Supreme Court during the March for Life, Jan. 27, 2017 in Washington, D.C.  (Photo by Drew Angerer/Getty Images)

“Public school officials can’t refuse to recognize a student organization for being too ‘political’ or ‘controversial,’ especially when they have rightfully approved a whole host of other clubs formed around religious, political, and social interests,” ADF legal counsel Michael Ross said in a statement.

Ross pointed out to the DCNF that Gulf Coast High School has over 78 different groups in its school, including the Fellowship of Christian Athletes, Animal Rights Club, Gay-Straight Alliance and Collier Students for Change, a group affiliated with the Florida Democratic Party.

“But they have said that our client can’t operate a pro-life group because it might be too political or too controversial,” Ross said.

ADF might pursue legal action if the school denies this request, he added.

“We will do whatever we need to to make sure that she can freely operate her pro-life student group on campus,” he said. “Right now we sent a demand letter to the school today saying that they need to immediately let the club operate or that we will be forced to pursue other legal remedies. So we will be willing to sue if it comes to that, but we’re hoping that the school will come around and do the right thing before we have to do that.”