Police arrested a man Saturday for allegedly slashing and downing a “Baby Trump” balloon that was used to protest the president’s attendance at the Alabama-LSU football game.

Authorities arrested Hoyt Hutchinson, 32, and charged him with first-degree criminal mischief, a felony, the Tuscaloosa News reported. The media outlet claimed that Hutchinson had announced his intentions to bring down the Trump balloon in a Facebook live video. 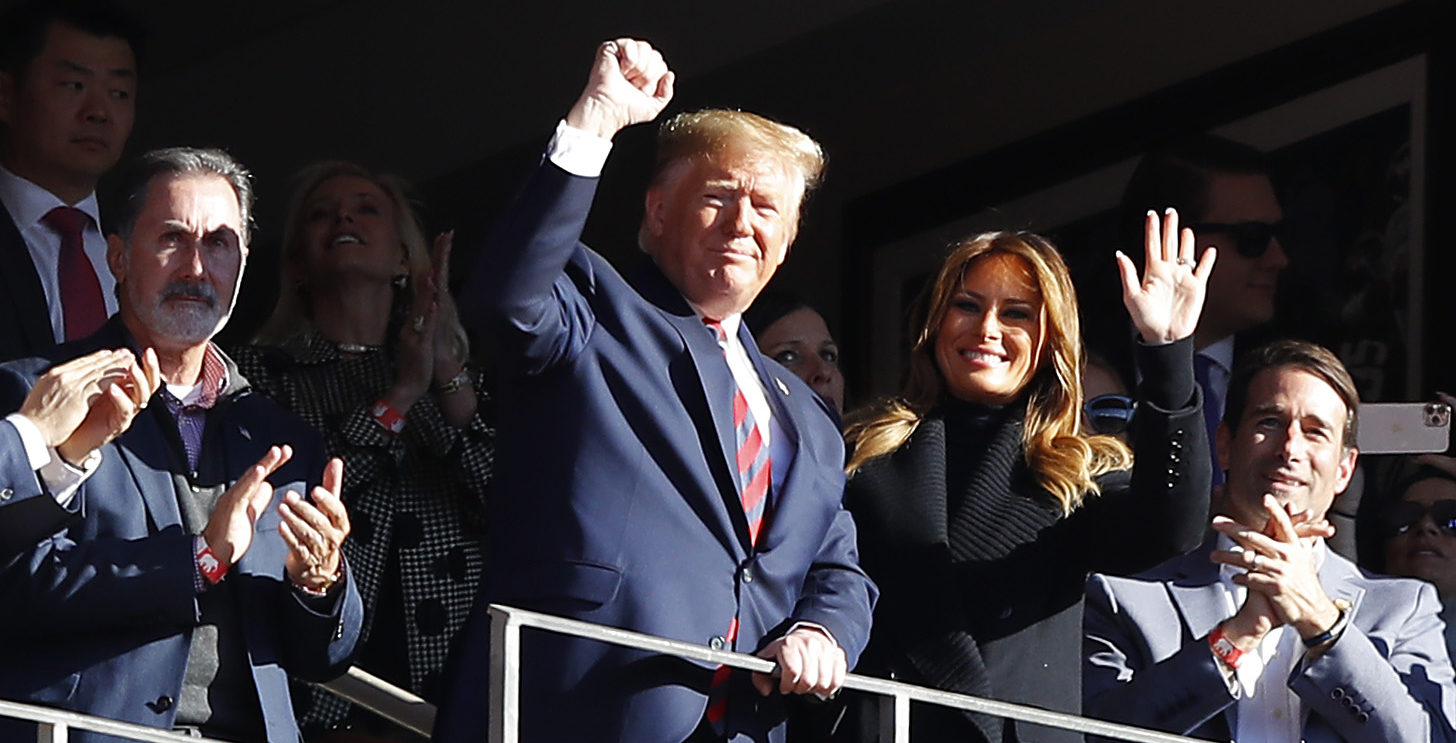 “I’m going down here to make a scene, so y’all watch the news,” he said in the video. “This is pathetic. I’m fixing to get rowdy.” (RELATED: Trump Greeted By ‘Baby Trump’ Blimp, Protesters In Dayton, Ohio)

The crowd heartily cheered and chanted “U.S.A.!” when the president and First Lady Melania Trump  arrived at the college game.

Hutchinson has sought public support to help him fundraise to pay for any legal fees, according to AL.com. A GoFundMe page has been set up that’s raised almost $25,000 by late Sunday morning, well beyond the initial $6,000 goal.

“Hoyt made sure our beloved president didn’t have to see this disrespectful balloon on the streets of Ttown today!!” a message on the page read.

Anti-Trump activities first used the blimp when the president visited London. The protest vehicle has now become a fundraiser for groups opposed to the Trump presidency. (RELATED: Feminist Group Will Fly Baby Trump Balloon During President’s Fourth Of July Speech)

A “Baby Trump” balloon flies over demonstrators as they take part in an anti-Trump protest in London, Britain, June 4, 2019. REUTERS/Alkis Konstantinidis

The bill to bring the ‘Baby Trump’ blimp to the Alabama football game was $4,500, according to Fox News. Donations above and beyond that sum went to the Equal Justice Initiative. About 12 supporters showed up to demonstrate their opposition to the president.

“I’m shaking, I’m so mad right now,” Hutchinson said, in his video, according to the News. “I’m fixing to pop this balloon, without a doubt. Stay tuned, this should be interesting.”

Robert Kennedy, one of the protesters, told Fox News that the balloon quickly lost air after being cut.

Kennedy said the blimp was not generating a lot of negative comments but many fans shouted “Trump 2020” as they entered the stadium.