The poor sanitary conditions of the City of Los Angeles have already caused the return of typhus, a disease now rarely seen in the first world, but which impacted police and a city attorney this year. Some have even warned that that most iconic of medieval-sounding afflictions, the plague, which like typhus is transmitted through fleas, could return to Los Angeles for the first time since 1924.

It’s not as crazy as it sounds: the bacteria of Yersinia pestis are spotted every couple of years both outside Los Angeles and in LA County itself. It may only be a matter of time before the infection jumps from squirrels to the city’s prodigious rat population, and from there to the many people living on the street.

“Our homeless crisis is increasingly becoming a public-health crisis,” California Governor Gavin Newsom said in his State of the State speech in February. California’s growing problem of the massive number of homeless within their cities is well known. Some estimates put the number of homeless as high as almost 130,000, with over 50,000 of them in Los Angeles. That would make California the state with the most homeless.

People disagree which of the many causes of this societal epidemic is most important, however, it is undeniable that with that many people living on the street, sanitation issues get worse. The lack of proper waste disposal is such an issue in some parts of California that apps have been developed where you can record where human waste has been spotted in a city, in order to avoid it. Piles of garbage and waste encourage the growth of flea-bearing rodents, specifically rats and mice, and when those are present in large numbers, disease tends to follow. 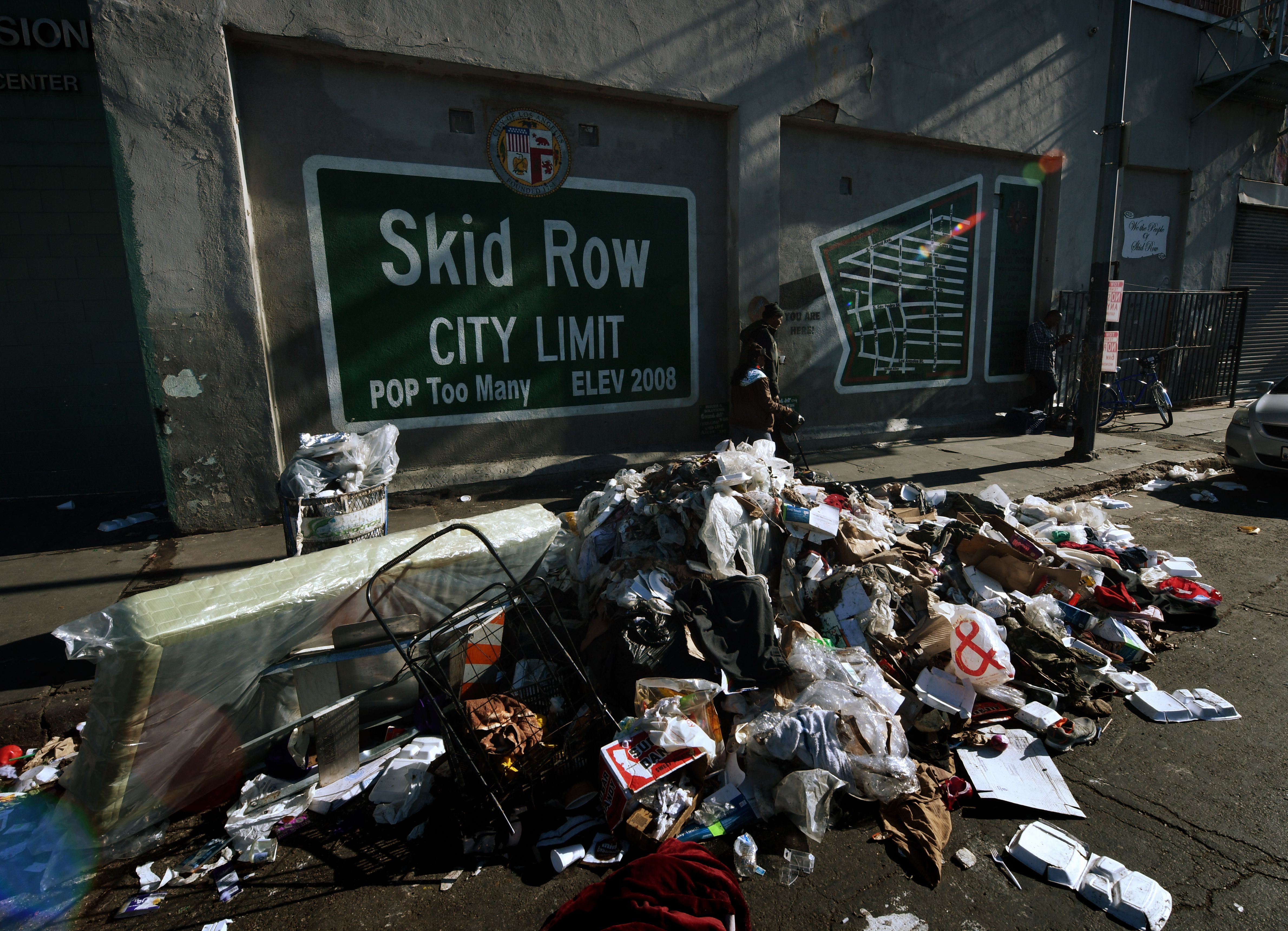 Many diseases have seen a Renaissance of sorts within California’s cities. These diseases include, Hepatitis A, Syphilis, Typhus, and tuberculosis. California Governor Gavin Newsom said in his State of the State speech, “Typhus … A medieval disease. In California. In 2019.”

In 2018, according to the California Department of Public Health, there was a record number of Typhus cases in LA county, 124 to be exact, up from 13 in 2008. The disease did not just stay confined to the homeless population. City workers and police officers have contracted the disease, including City attorney Elizabeth Greenwood who told local station KCAL9 that she thought she “was going to die.” Los Angeles police officers are particularly at risk for infection due to the large amount of time they spend interacting with LA’s transient population. As an LA cop noted, “About 60% of our calls every day are about transients and problems that they cause.”

In response to this outbreak Mayor Garcetti announced a massive cleanup of Skid Row, but this proved ineffective as it did nothing to reduce the number of homeless. Soon the streets were as dirty as they were before the cleanup. Some said that this actually exacerbated the problem, as it pushed rats and rodents from their shelters in the streets, into local businesses and houses. Additionally, Los Angeles is one of the few major cities that does not have a rodent control program. 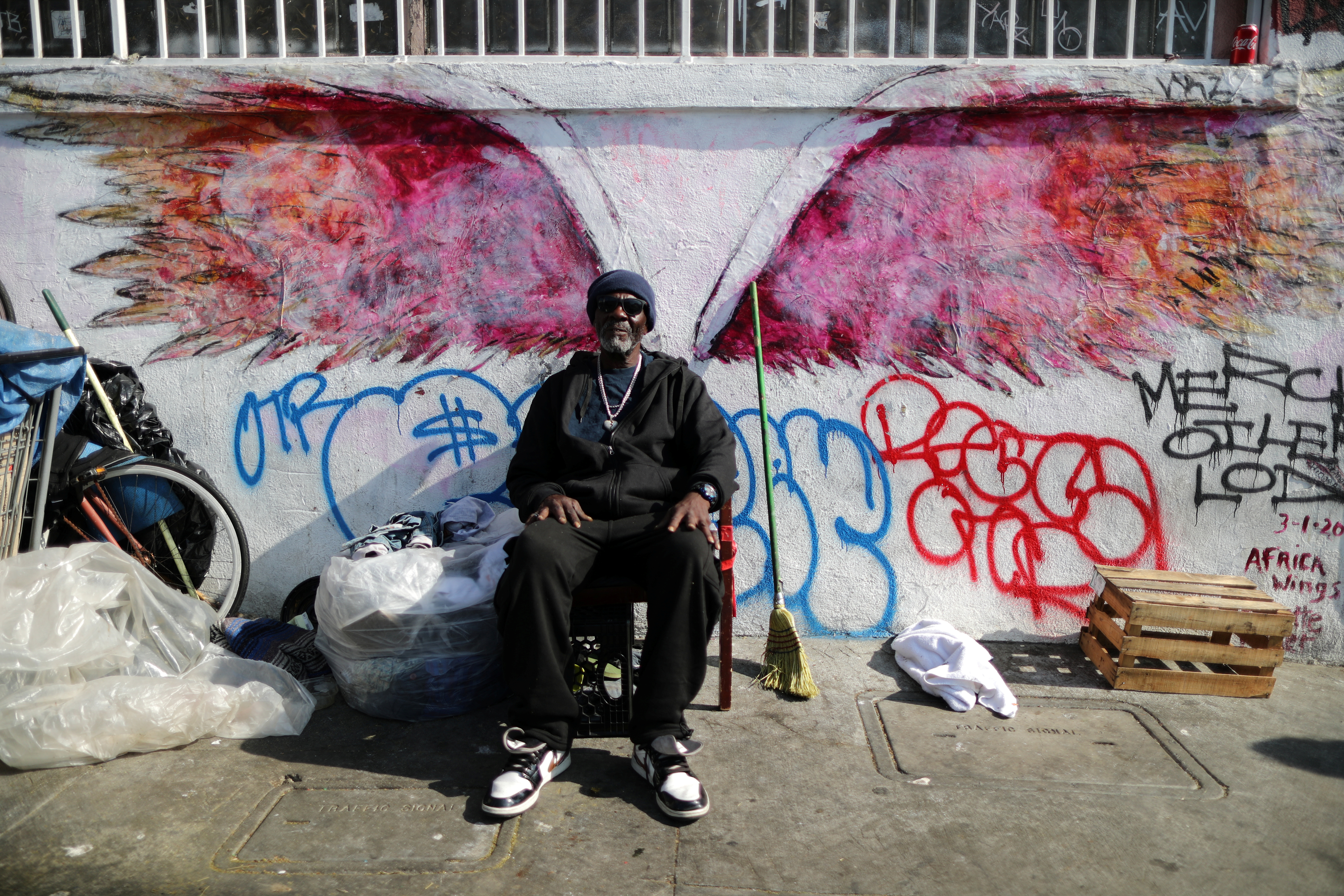 Hepatitis A is another disease that has been running rampant through the streets of LA. Hepatitis A is a highly contagious liver disease and spreads through people ingesting the virus. LA county declared an outbreak in 2017. The Atlantic states, “There were 948 cases of hepatitis A in 2017 and 178 in 2018 and 2019, the state public-health department said. Twenty-one people have died as a result of the 2017–18 outbreak.”

There is also concern that the plague is making a comeback within American borders. Dr. Drew Pinsky told Laura Ingraham on Fox News’ “Ingraham Angle” earlier this year that “We have complete breakdown of the basic needs of civilization in Los Angeles right now,” and “I’m hearing from experts that bubonic plague is likely, it’s already here, it will get onto the rat fleas.” (RELATED: CDC Reports Another Big Jump In Measles Cases)

The plague is another disease that is spread by the fleas that are frequently carried by rats and other rodents, making Los Angeles a prime location for an outbreak. In addition, while not common, cases of bubonic plague are not unheard of in the American west, which gets, on average, seven cases per year as of 2015. An infectious disease expert told the NY Post that Bubonic plague was a possibility within LA due to the presence of rats.

According to the Department of Public Health in LA, “The most important wild rodents that can carry the disease are squirrels (especially ground squirrels), chipmunks, woodrats, mice and marmots.” If the plague makes the jump from these wild rodents, to rats and other flea bearing animals within the city, it could potentially spread like wildfire and overwhelm the county health service, due to it being highly contagious, and because it is airborne, it can be spread through coughing. 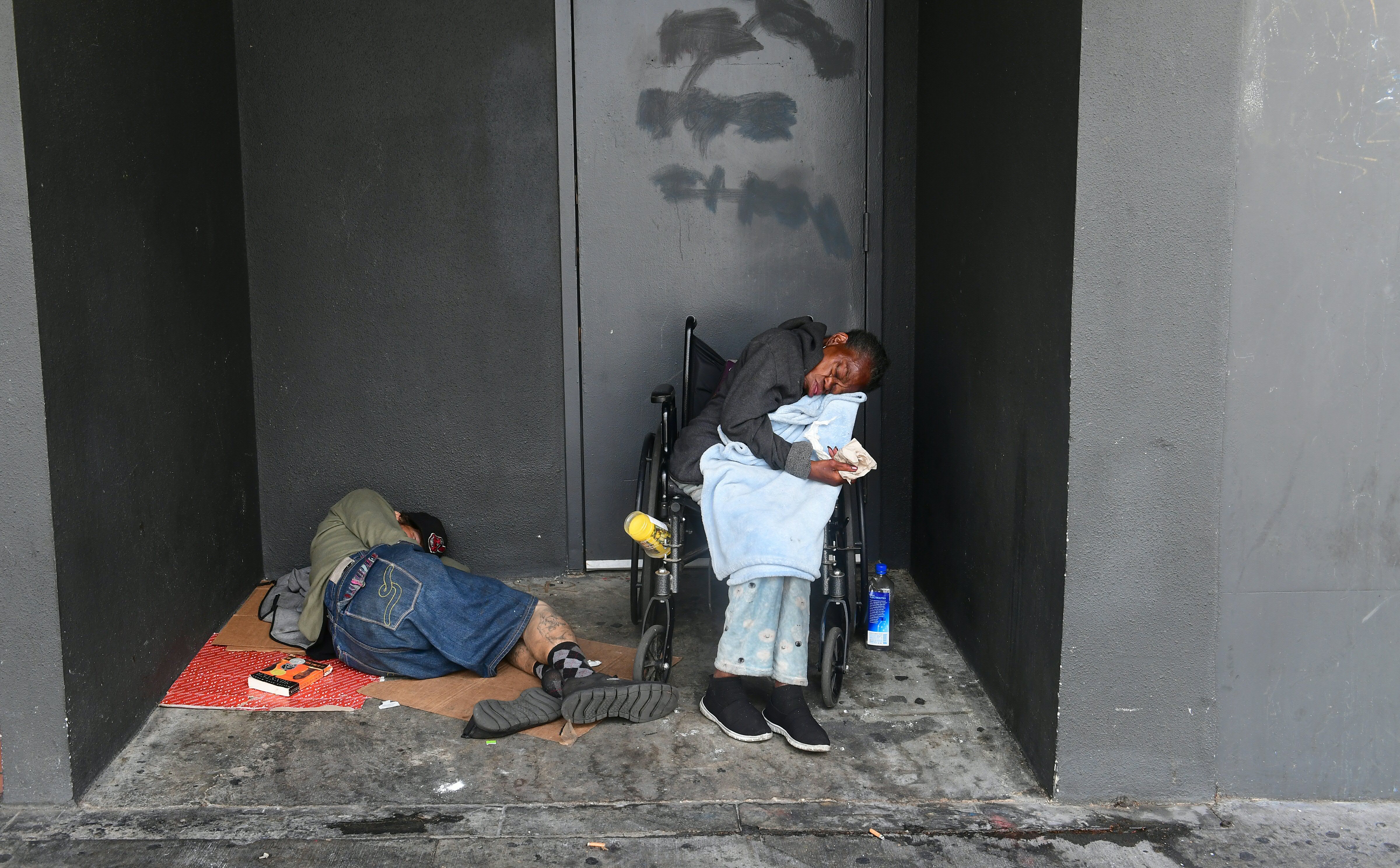 Homeless sleeping on the streets on September 20, 2019, in downtown Los Angeles, California, the state with the largest homeless population in America. (Photo by Frederic J. BROWN / AFP)

Los Angeles has experienced an outbreak of the plague before. Back in 1924 the plague laid siege to the city for two weeks and managed to kill 30 people in that time. Patient zero was infected when he disposed of a decaying rat that he found underneath his house, and within a week, his entire family had died. The city responded by quarantining multiple blocks and launching a city wide rat extermination program. During the extermination program, infected squirrels were found in multiple neighborhoods around the city.

There is evidence that the plague is present in the areas surrounding LA, in 2013 the county closed multiple hiking trails due to plague being found in a ground squirrel, and warned hikers to use insect repellent and to avoid contact with rodents, either personally or by their pets.

Governor Gavin Newsom has vowed to help fix California’s homeless epidemic. Specifically, he promised to, “Expand social services, healthcare (including mental health), bridge housing, and permanent supportive housing.” He has devoted millions of dollars towards fighting homeless, in fact, the state’s budget has allocated 650 million towards various low cost housing and shelter projects. According to Politifact, his anti-homeless measures “represent a large step forward on his promise to expand homeless services. They are evidence that he’s not only proposed solutions but is following through on them.”

It remains to be seen if these measures will help prevent not only the current spread of disease, but also help avoid a much worse epidemic.

1
FBI Interview Notes With Page And Papadopoulos Are Released
US
2
Sender Of Cryptic Messages About Yovanovitch Says They Were A Joke, Denies Spying On Diplomat
US
3
'I Want Trump Out!': Migrants Plan To Cross US Border Once Trump Leaves Office
World
4
Tucker: EPA Has Stopped Monitoring This Dangerous Pesticide To 'Protect Big Agriculture,' And Your Kids Could Be At Risk
Media
5
Here's Some Of The Deadliest Tech The U.S. Military Would Use In A War Against Iran
US