The news of an effective treatment for cystic fibrosis — a “cocktail” of three drugs, dubbed Trikafta — is a godsend to those who suffer from the malady.

As The Washington Post explained on Oct. 31, “Doctors who began their careers at a time when there were few adults with cystic fibrosis because patients died in their teens are now cautiously anticipating that the disease will be transformed into a chronic condition, akin to diabetes, that can be managed with a drug regimen.”

In other words, those who would otherwise be condemned to disability and early death might soon be flourishing. Truly, what a happy story, replete with humanitarian benefits for these afflicted — and hope that medical science can continue to march forward to help those with other afflictions.

Yet there’s a catch: the cost. The maker of Trikafta, Boston-based Vertex, says that treatment will be priced at $311,000 a year. Now it should be said immediately that the “sticker price” of a pharma drug is aspiration; that is, the real price is haggled over, and whittled down, by governments, insurance companies, and public opinion. So nobody really knows what Trikafta will cost, although we can safely say this much: In most cases, it won’t be cheap. (RELATED: Elizabeth Warren Says ‘Cost’ Of Medicare For All Could Be 2 Million Lost Jobs)

In a way, that’s unfortunate, because high prices — and high profits — send a useful signal to the market: Let’s have more of this, more of these cures. 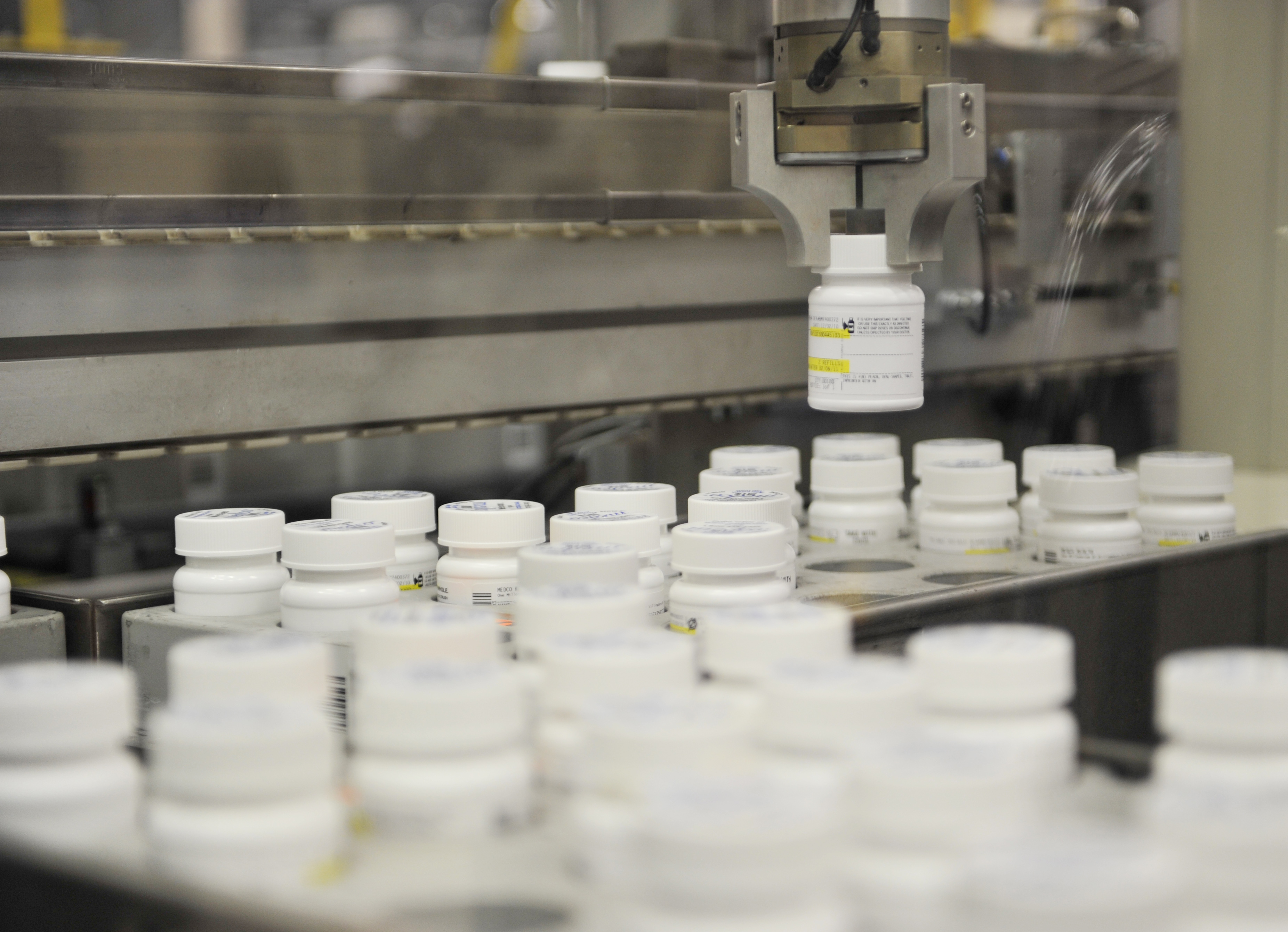 Indeed, by sheer dint of effort, as well as expense, Vertex deserves a handsome reward. Decades back, the company started looking for an HIV/AIDS drug, and it so happens that positive effects on cystic fibrosis were a serendipitous spinoff, nudged along with decades of work and investment. As it happens, health journalist Barry Werth has written two books for Simon & Schuster about the company, “The Billion-Dollar Molecule: One Company’s Quest for the Perfect Drug“ and “The Antidote: Inside the World of New Pharma.” Both books might leave readers with the belief that medical visionaries and entrepreneurs are worth every penny.

Of course, not everyone is a believer; in fact, the overall industry — combining all the niches into the catchall term “pharma” — is regularly accused of many sins, including price-gouging, and that $311,000 price tag won’t help. Indeed, according to a new Gallup survey, the pharmaceutical industry ranks at the rock bottom of public esteem, below even such familiar cellar-dwellers as lawyers and advertisers.

In this anti-pharma environment, the success of Vertex is mostly ignored by national policymakers; their focus is on something far different — price controls. In May, the House of Representatives passed a price-control bill, and in July Sen. Chuck Grassley, Republican of Iowa, and Sen. Ron Wyden, Democrat of Oregon, teamed up to advance a bill of their own — a bill all the more notable, and perhaps passable, because it’s solidly bipartisan. For his part, President Donald Trump has indicated his support for some action, even as his administration takes credit for lowering prices. 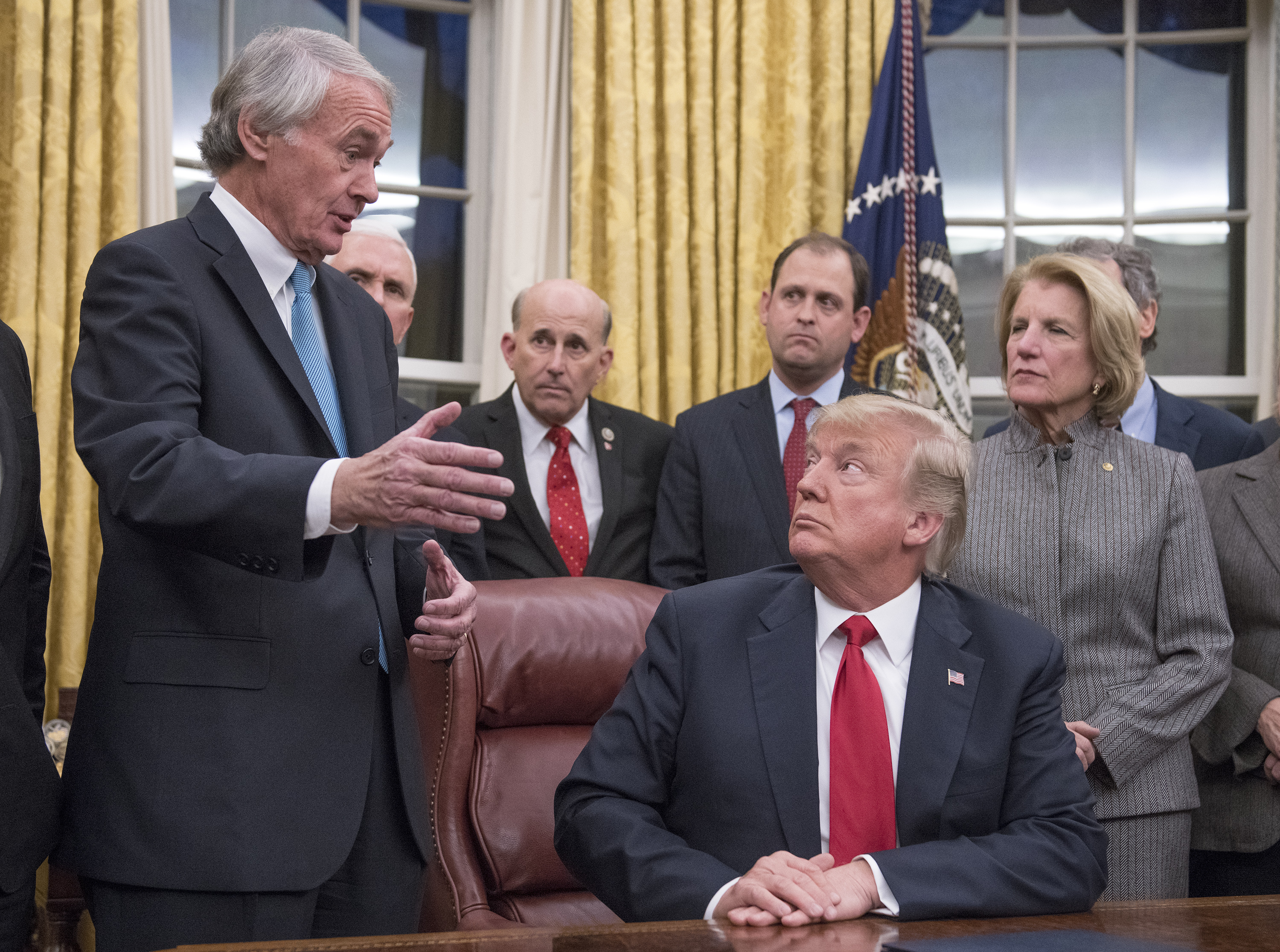 U.S. Senator Ed Markey a sponsor of the bill, makes remarks in the Oval Office prior to President Donald Trump signing the bipartisan Interdict Act, a bill to stop the flow of opioids into the United States, on Jan. 10, 2018 in Washington, D.C. (Photo by Ron Sachs-Pool/Getty Images)

Still, little happens in Washington, except fighting. And speaking of fighting, the pharma industry, of course, is fighting back — and it’s worth noting that many patient groups are on its side. After all, if the future is price controls, who’s going to invest in the next cure?

A Nov. 1 editorial in The Wall Street Journal spoke eloquently to these concerns: that price controls could dry up the pipeline of new treatments. Yet still, the Journal’s proffered solution — politicians getting out of the way — is hardly realistic, for two reasons:

First, of the $3.5 trillion that the U.S. spent on health care in 2017, about 45% of the total came from governments — federal, state, and local. So responsible politicians, charged with overseeing these expenditures, are hardly going to step aside.

Second, as we have seen, the public is demanding action on prices. In other words, a politician who simply ignores this pressure could well soon be an ex-politician.

So thus the dilemma: People want action on cures, and yet they also want action on drug prices. And under the current political-economic system, it’s hard to see how we can have both actions — cures and price-controls — at the same time. (RELATED: Prescription Drug Prices Falling Under Trump Administration, Report Claims)

Yet perhaps there’s a way out of this conundrum. How? By acquiescing to the inevitability of price regulation on old drugs, while holding out the prospect of high reward for new drugs. It’s new medicines, after all, that bring new hope.

The model for old drugs could be that of utility regulation; that is, a public commission sets a fair price for, say, electricity. To be sure, it’s a messy process, and yet mess and all, it works well enough; everyone gets electricity — except perhaps in California.

Yet the underlying idea is to put a political shield around the industry, because the industry is judged to be operating in the public interest — that is, for consumers, not just for the private interest of shareholders. 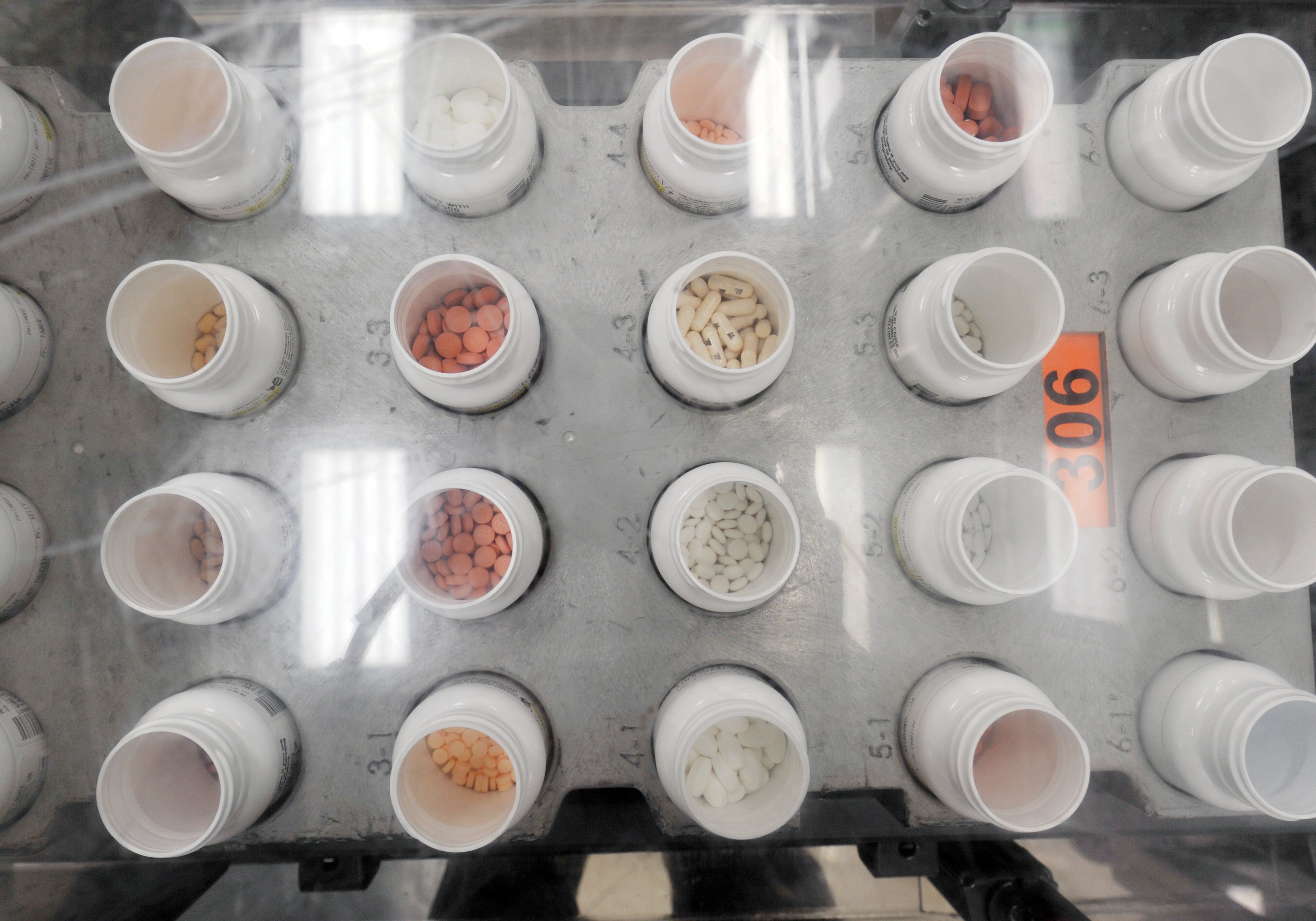 Inside this new shield, the model could be wide open and more entrepreneurial — up to a point. Suppose, for instance, that each new drug is judged as to whether or not it’s vital to the national interest; that’s a category that would include Trikafta, while excluding, say, Viagra. So vital drugs could still be price-controlled as a way of calming the public, and yet at the same time, profits from those new drugs could be regarded as tax-free. In other words, innovative pharma becomes an enterprise zone, an oasis of pro-science tax abatement. (RELATED: FDA Delaying ‘Miracle Drug’ For Patients Relying On Feeding Tubes)

Some critics will argue that such tax favoritism is “industrial policy,” that is, “picking winners and losers.” And other critics will say that tax breaks are just a sneaky way of spending money, because “tax expenditures” are really the same thing as direct expenditures.

Both of these criticisms might be valid, and yet the greater goal of gaining more medical cures — and at the same time, not electing vengeful socialists — might be, well, more valid.

A sectoral medical enterprise zone — price controls, plus tax-free profits, supplemented, maybe, by specially tax-sheltered X-Prizes and any other back-end incentive that can be thought of, other than front-end price-hikes — would be an open invitation to finagling; furthermore, it would cost a lot of money. Yet at the same time, it would also be an open invitation to many new cures. And aren’t we, the American people, worth it?

Oh, and one more thing: Cures for All beats Medicare for All.