Kyle Carpenter, with reckless and total disregard for his life, selflessly jumped on a grenade to save the life of his fellow marine in 2010. This heroic act earned him the Congressional Medal of Honor in 2014.

After the blast, Carpenter felt a warm sensation of water being poured all over him, which caused him to think for a moment that his buddies might be playing some sort of prank. But then it dawned on him — it was not water being poured on him, it was his own blood. 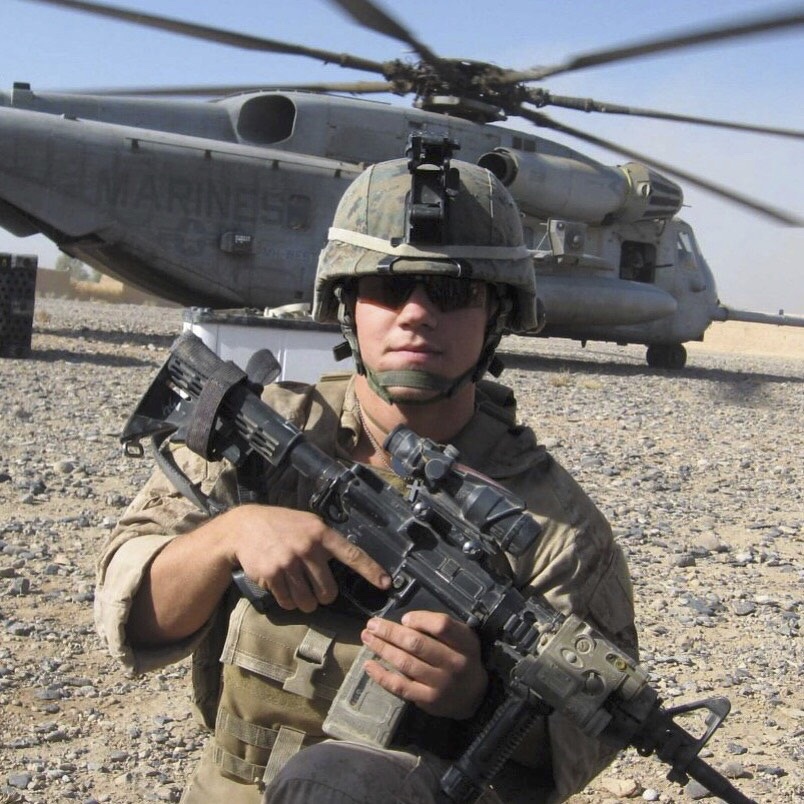 Kyle Carpenter in Afghanistan. Used with permission from HarperCollins.

On a rooftop in Afghanistan, the Marine said a prayer to God, asked for forgiveness and thought about his family. Then everything went black. He explained to Daily Caller, “I went unconscious and and the lights went out. It wasn’t wasn’t even a black. It was like nothing, but it wasn’t even darkness. It was just nothing for five weeks. I fade out on a hot dusty rooftop in Afghanistan. I wake up on the other side of the world, it’s snowing outside and it’s Christmas time. But for five weeks it was not a sliver of light, not a thought, not a pain. It was nothing.” (RELATED: The Medal Of Honor Citation For William Kyle Carpenter, USMC)

Carpenter was so severely injured that he was pronounced dead on arrival at the hospital. He flatlined three times, but miraculously he was successfully resuscitated.

Recovery from the debilitating injuries he sustained was tough. Carpenter had shrapnel and countless shattered bones throughout his body, including 30 fractures in his right arm, ruptured ear drums, he lost most of his jaw and teeth, and he also lost an eye. Although, the hardest part, Carpenter said, was seeing his family suffer with him at Walter Reed military hospital, where he had dozens of surgeries. 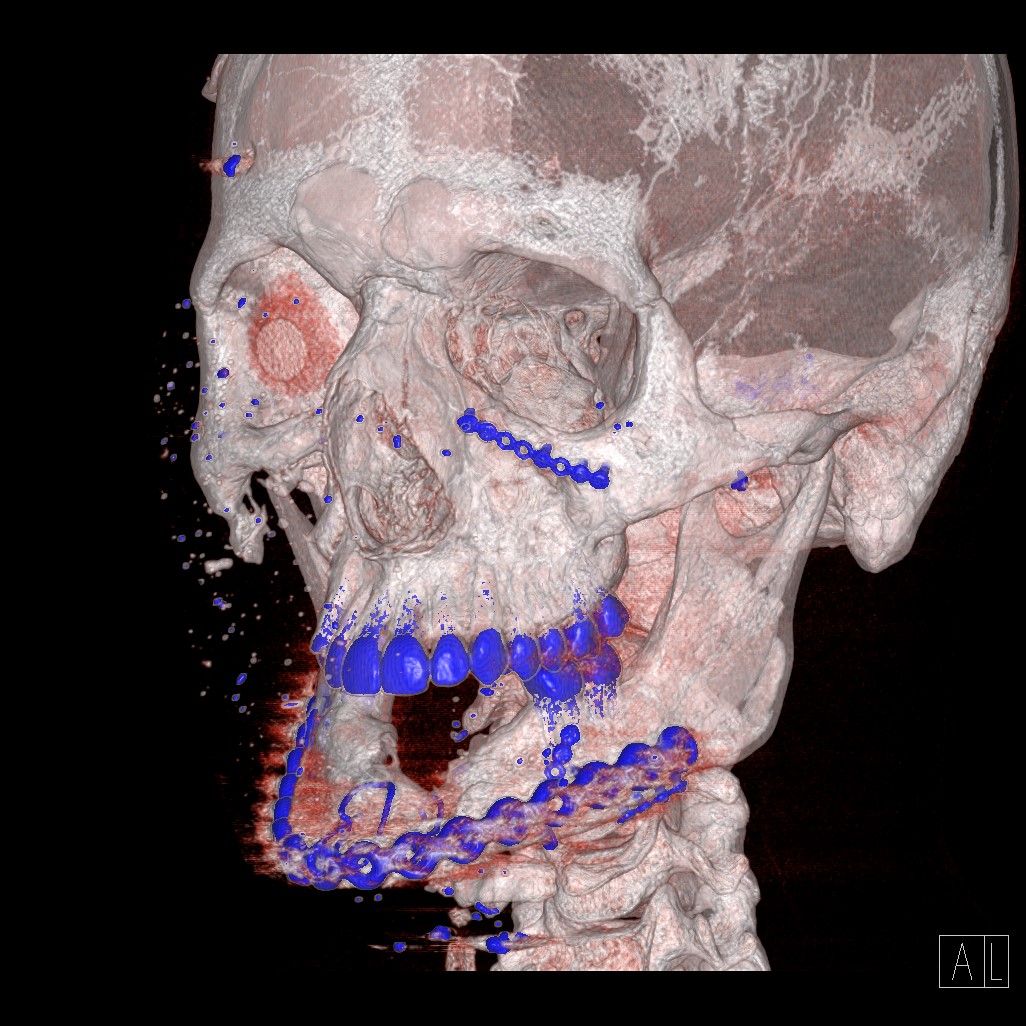 In his new book “You Are Worth It,” released Oct. 15, Carpenter gives hope to those who are struggling by supplying them with life lessons he learned through injury, hardship, agony, and triumph. The lessons evolved after years of deep thought, healing and self-reflection.

Kyle gained an appreciation for his scars after one session of scar removal laser treatment. After the excruciating treatment that caused his face to swell, he decided that erasing his scars was akin to erasing what he had been through. (RELATED: Melania Praises Medal Of Honor Recipient For His ‘Heroic Actions’)

Another chapter delves into a lesson Carpenter learned during his time at Walter Reed. He describes undergoing an agonizing three hours where he was poked all over his body with needles because the doctors could not find a good vein. Though Kyle is a positive person, looking at the bright side during this unbearable moment simply would not have been enough. Instead, Carpenter believes staying motivated is more important. He writes, “As badly as I wanted to give up and tell them to wait until my veins had healed enough to get a decent stick I forced myself to focus on the end goal.” 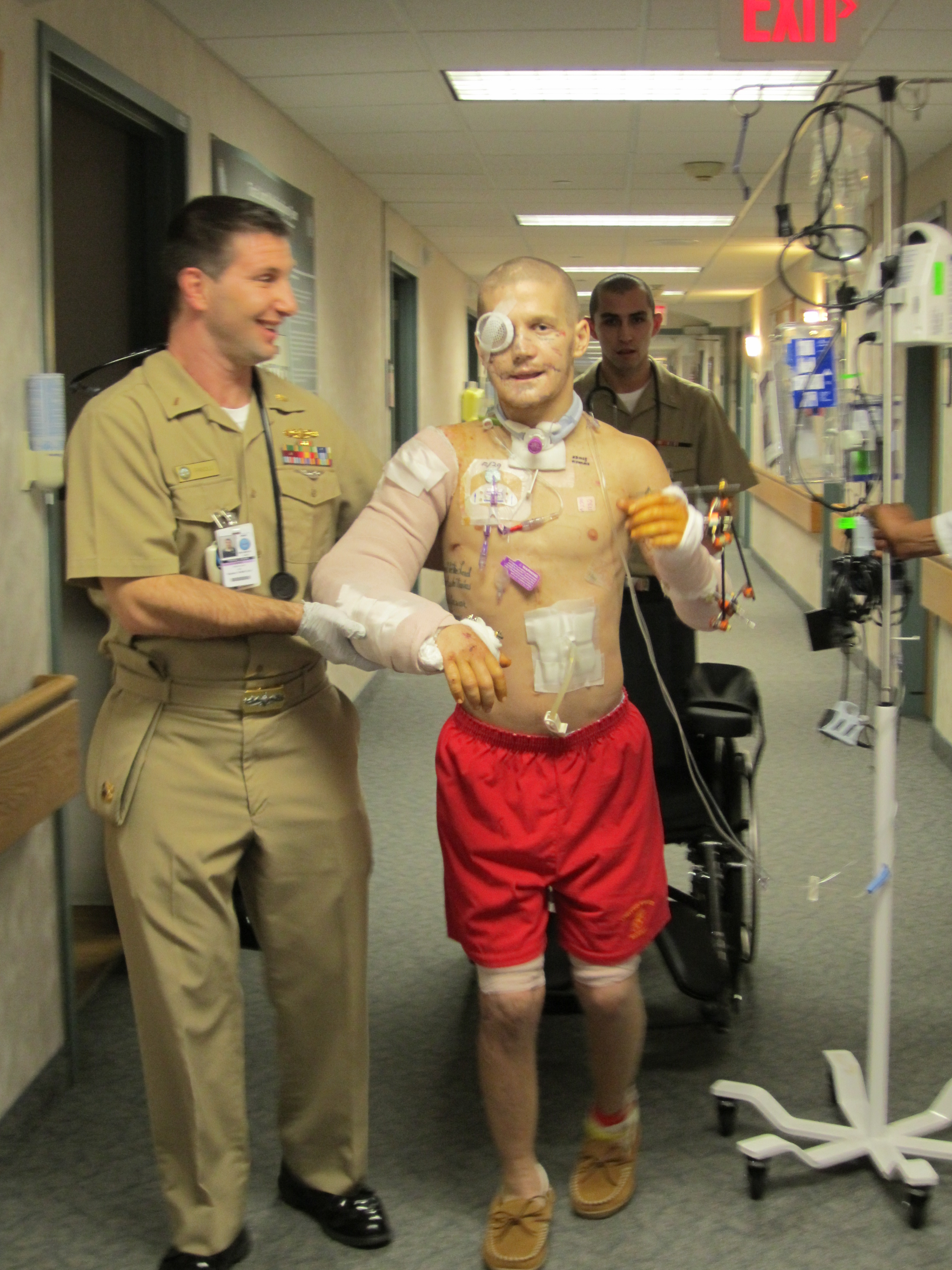 Sometimes in life, according to Kyle, we don’t know what the end result will be but we just have to stay motivated regardless if a positive end can be seen at the time. He writes, “You change the people around you change even your understanding of God changes, but you’re supposed to stay motivated… for what? For a future that is totally unclear.”

Everyday, Kyle lives with the ramifications of that fateful day in Afghanistan. His ears constantly ring loudly. He writes that “it’s often difficult to concentrate. It’s hard sometimes not to be overwhelmed that my ears are almost certainly going to ring like that forever.” In addition to that, he writes, “I’m never going to be able to do some basic tasks, like put on a suit, without a little help.” Yet, Kyle’s story is not one about a marine who was injured and lives with disabilities. (RELATED: VA Owes Millions To Thousands Of Disabled Veterans In Refunds For Home Loan Fees, Report Finds)

“You Are Worth It” is a story of hope, selflessness, faith, and rebirth. Carpenter writes that, “I’ve done more with my life now a hundred times more than if I weren’t injured.” It is also a story of a grateful and positive individual who never gave up fighting.

Merely three months after being discharged from Walter Reed hospital, Carpenter ran a marathon to prove that “he still had a body that worked, a heart that was beating, and a life left to live.” 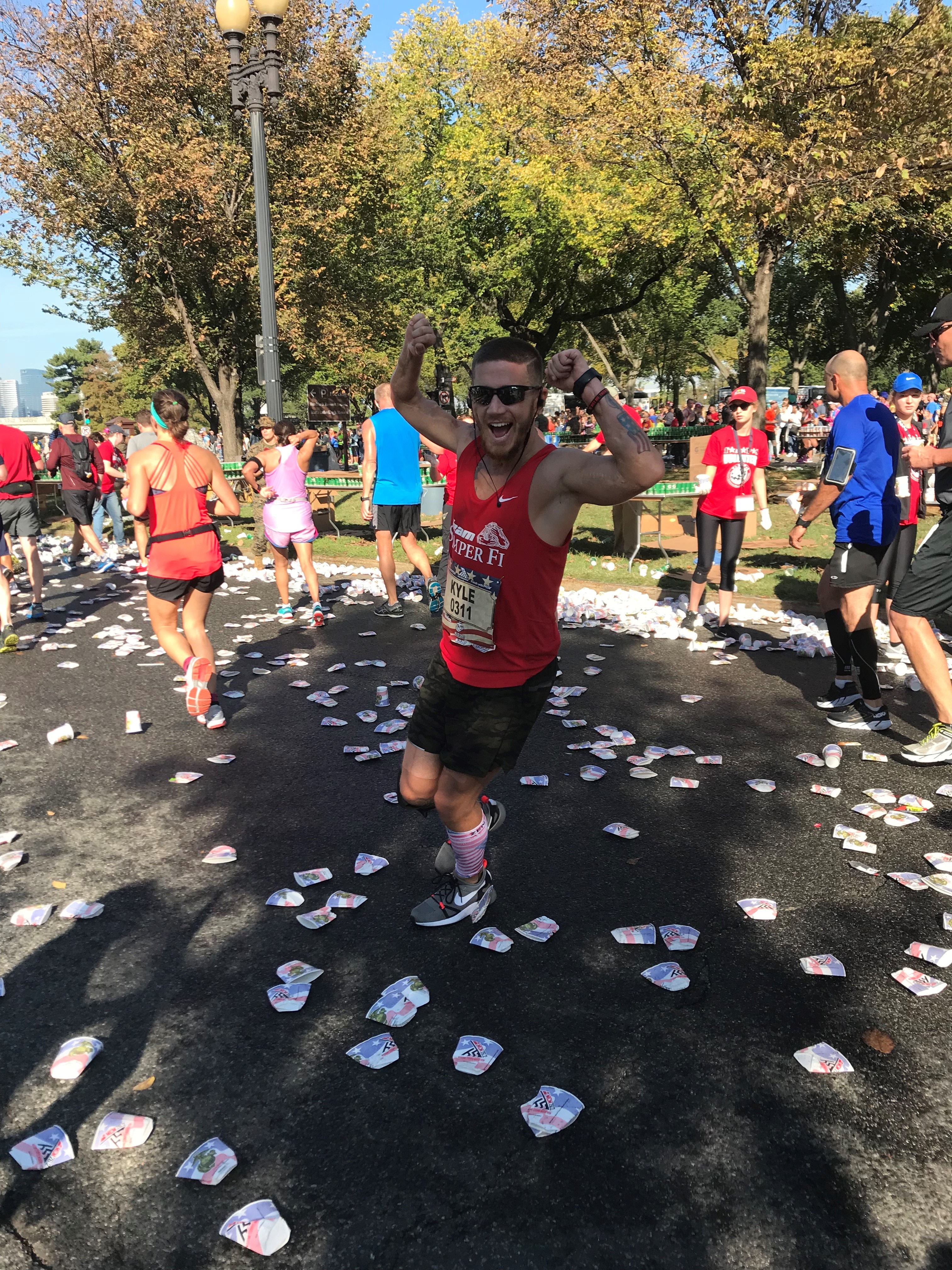 “I strive to do anything and everything in life that makes my heart beat.  The same heart that at one time, you know, flat lined and that heartbeat was non-existent,” Carpenter said.  Used with permission from HarperCollins.

There are so many parts of Carpenter’s story that has captured the awe of the nation. There’s Marine Kyle, Deployment Kyle, On The Roof Getting Injured While Jumping on a Grenade Kyle. But the Kyle he is most proud of is the one who found his journey back.

Five years after Carpenter was evacuated from Afghanistan, he returned to thank all of the medical staff who helped save his life as part of a gratitude tour. He was surprised to find that the hospital had his x-rays from years before. As Carpenter walked with his boots upon the hot Afghani sand, he was also surprised to find that the power that was taken from him when he was critically injured was being restored to him.

“This was a final piece to help me get through all this. It was empowering to go back to [Afghanistan]. My blood was still in the dirt there — to go back to a place that almost killed me and took me away from… my family,” he said. (RELATED: WATCH: A Memorial Day Message From The Men Who Guard The Tomb Of The Unknown Soldier)

The impact this book, and Carpenter’s story more broadly, has had palpable effects. One woman said that after her husband, who returned from deployment in 2007, read “You Are Worth It” he built up the courage to speak to his wife for the first time about his service, and that night they had one of the deepest conversations than they have had in years. Another individual messaged Carpenter and said that she checks Carpenter’s Facebook page every morning to get the motivation to get out of bed because her rheumatoid arthritis is so painful. Most amazing of all, a military member once approached Carpenter and said that the reason he did not commit suicide was because he heard about Carpenter’s story. The service member reasoned that if Carpenter could find a reason to smile, then he could too.

As it turns out, part of what brings Carpenter joy and healing is using the hard times he has gone through to it empower others. In other words, Carpenter has found a way to continue a life of service to his fellow Americans that is unique and completely his own. As he notes in the book, even though he has not continued active military service (though he considered it), he will always be a marine.

Carpenter is leaving that possibility open of whether there will be another book with more lessons. In the meantime, Carpenter proudly wears a tattoo of a purple heart, a symbol of the award given to wounded veterans, on his left arm. On his right arm he wears a scar, a sign that reminds him that “something went right.” 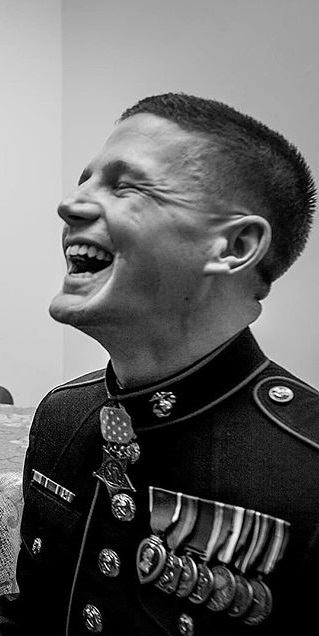 Kyle Carpenter receives the Medal of Honor.  Used with permission from HarperCollins.