Former United Nations ambassador Nikki Haley claimed Monday on Twitter that she did in fact alert President Donald Trump that his then-chief of staff John Kelly and then-secretary of state Rex Tillerson were trying to undermine him.

“I did. Thank you for your interest,” Nikki Haley responded simply.

I did. Thank you for your interest.

As The Daily Caller reported Monday, some conservatives expressed skepticism of Haley’s account of the White House, especially about why she claims in her new book that Kelly and Tillerson were working against Trump’s wishes, without saying that she told Trump about it.

Radio personality Rush Limbaugh wondered, “I have one question for Nikki Haley. Did you tell Trump what Kelly and Tillerson were doing, or did you save it for the book? And if you didn’t tell Trump and you only saved it for the book–what do you mean, you know about the book?”

“She’s published a book, and in the book the big leak is that she says that the chief of staff, Marine General John Kelly, and Rex Tillerson, the secretary of state, sought to recruit her to subvert Trump, but that she kept all of this to herself until now, until her book!” he said. 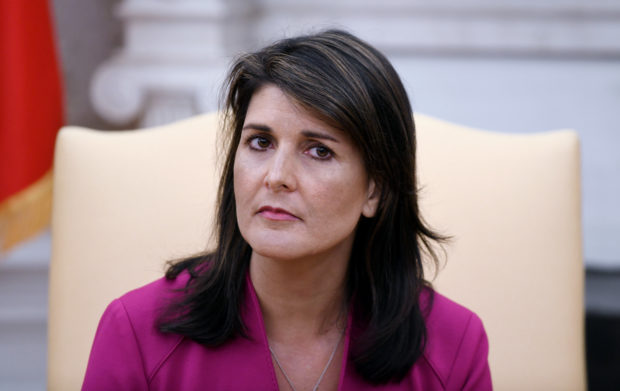 Haley served in the Trump administration before resigning in 2018. (RELATED: Nikki Haley Blasts Impeachment: ‘I Don’t Know What You Would Impeach Him On’)

In her new book, titled, “With All Due Respect: Defending America with Grit and Grace Hardcover,” Haley details her claim about Kelly and Tillerson trying to undermine Trump.

“Kelly and Tillerson confided in me that when they resisted the president, they weren’t being insubordinate, they were trying to save the country,” she wrote.

“It was their decisions, not the president’s, that were in the best interests of America, they said. The president didn’t know what he was doing.”