The U.S. Conference of Catholic Bishops adopted a letter Tuesday that says the “threat of abortion” remains the “preeminent priority” for Catholic bishops.

The letter will serve as an introduction to a voting guide for Catholics voting in the 2020 presidential elections, according to America Magazine, reminding Catholic voters that their top priority voting should be in voting against abortion.

“The threat of abortion remains our preeminent priority because it directly attacks life itself because it takes place within the sanctuary of the family and because of the number of lives destroyed,” the letter reads, according to America Magazine.

“At the same time, we cannot dismiss or ignore other serious threats to human life and dignity such as racism, the environmental crisis, poverty and the death penalty,” the letter adds. (RELATED: Catholic Bishops Have Said These Politicians Should Not Receive Communion Because Of Their Abortion Stances)

At least two bishops protested against this portrayal of abortion, saying that Pope Francis has represented life issues differently than the letter represents them. 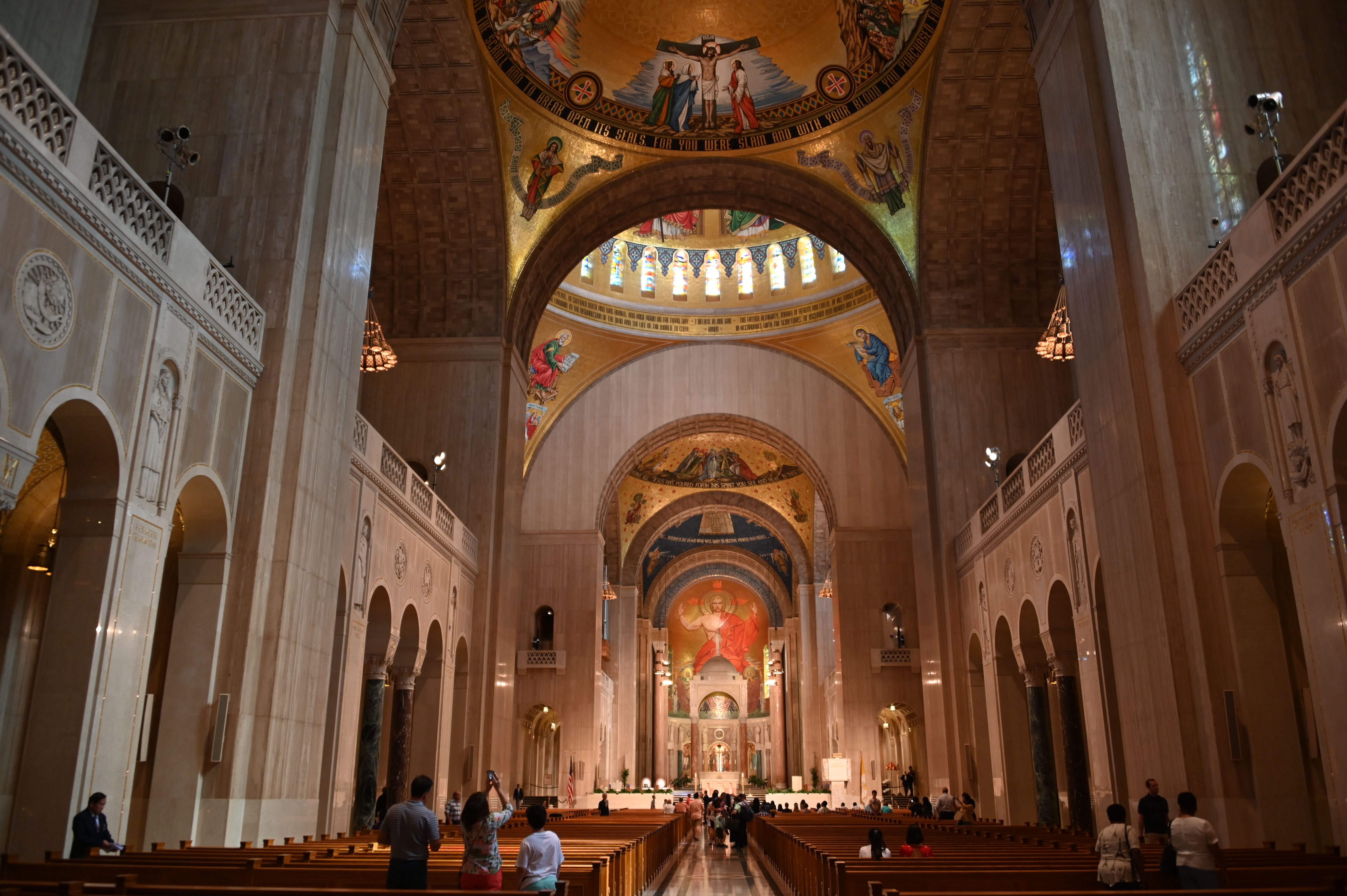 The interior of the Basilica of the National Shrine of the Immaculate Conception is viewed on July 21, 2019 in Washington, D.C.  (Photo credit DANIEL SLIM/AFP via Getty Images)

Catholic Cardinal Blase Cupich, a strong supporter of Francis and the archbishop of Chicago, said the letter should include paragraph 101 from Francis’s 2018 exhortation “Gaudete et Exsultate” — a paragraph that says other lives are “equally sacred” to those of the unborn, including “the lives of the poor, those already born, the destitute, the abandoned and the underprivileged.”

Catholic Archbishop José Gomez, who was elected president of the U.S. Conference of Catholic Bishops Tuesday, said the paragraph was not included because it would make the three-paged letter too long, America Magazine reported. (RELATED: Jesuit Priest’s Comment On Homosexuality Unveils The ‘Most Insidious Problems Facing All Christians Today,’ Theologian Says)

The publication noted that Catholic Bishop Robert McElroy of San Diego also spoke out against the letter, saying, “It is not Catholic teaching that abortion is the preeminent issue that we face as a world. In Catholic Social Teaching, it is not.”

But Catholic Archbishop Charles Chaput of Philadelphia said that though he agrees with Francis’s paragraph from “Gaudete et Exsultate,” McElroy’s is wrong.

“I’m certainly against anyone stating that our saying [abortion is] preeminent is contrary to the teaching of the pope,” Chaput said, according to America Magazine. “That isn’t true. It sets up an artificial battle between the bishops conference of the United States and the Holy Father, which isn’t true.”

“We do support the Holy Father completely,” Chaput added. “What [Francis] said is true. But I think it has been very clearly the articulated opinion of the bishops conference for many years that pro-life is still [the] preeminent issue.”