Conservative personality Ann Coulter said that it is time for President Donald Trump to “go” on Twitter Tuesday after he tweeted about making a deal with Democrats on DACA.

“Many of the people in DACA, no longer very young, are far from ‘angels.’ Some are very tough, hardened criminals. President Obama said he had no legal right to sign order, but would anyway. If Supreme Court remedies with overturn, a deal will be made with Dems for them to stay!” Trump tweeted Tuesday.

“Okay, that does it. I give up. They can stay. You must go,” Coulter tweeted in response.

Coulter was one of Trump’s staunchest supporters during the 2016 election, even publishing a pro-Trump book titled, “In Trump We Trust: E Pluribus Awesome!”

However, Coulter has criticized Trump harshly since for what she sees as his failures on his immigration campaign promises. 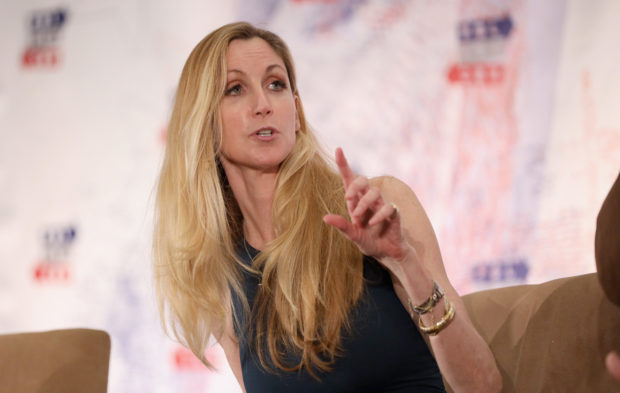 In December 2018, Coulter said that unless Trump builds a wall, he “will just have been a joke presidency who scammed the American people, amused the populists for a while, but he’ll have no legacy whatsoever.” (RELATED: Ann Coulter Lays Into Trump Over Lack Of Border Wall)

In January 2019, Coulter mocked Trump after he capitulated on the government shutdown without getting wall funding.

“Good news for George Herbert Walker Bush: As of today, he is no longer the biggest wimp ever to serve as President of the United States,” she said.