South Carolina Republican Sen. Lindsey Graham said Tuesday that President Donald Trump should be allowed to repeal DACA as the Supreme Court debates the law signed into place by former president Barrack Obama, which would protect illegal immigrants who enter the country as minors.

“If our current president (Trump) cannot repeal or replace an Executive Order of the prior president (Obama), then the most recent presidential election is nullified,” Graham tweeted Tuesday after the Supreme Court justices heard oral arguments about DACA.

The DACA program was started by former President Barack Obama in 2012 to protect illegal immigrants that arrived as minors. It protects around 800,000 illegal immigrants. President Donald Trump vowed to end the program immediately on the campaign trail. (RELATED:’Protester Gameday’: Watch DACA Protesters Barge Into Senators’ Offices, Only To Find Them Empty [VIDEO]) 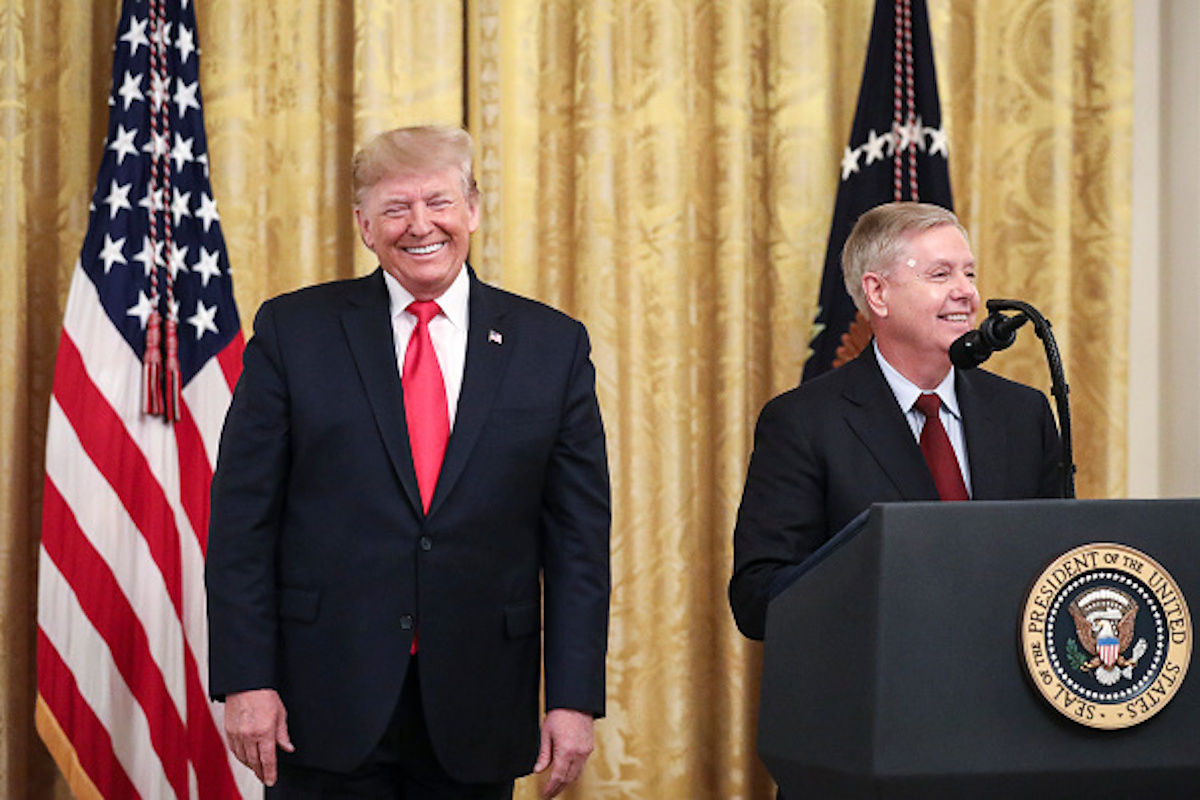 President Donald Trump looks on as Sen. Lindsey Graham (R-SC) speaks during an event about judicial confirmations in the East Room of the White House on November 6, 2019 in Washington, DC. (Photo by Drew Angerer/Getty Images)

“I find it hard to believe the Supreme Court would deny President Trump the ability to cancel an Obama-era Executive Order on immigration. The way to solve the DACA issue has ALWAYS been through legislation, not an Executive Order,” Graham continued in a tweet. (RELATED: The Supreme Court Looks Ready To Uphold Trump’s Bid To End DACA)

This comes as a majority of justices on the Supreme Court seemed ready to affirm Trump’s decision to revoke the DACA program on Tuesday.